With Indonesians going to the polls next week to elect the 560 members of the House of Representatives (DPR), a lot is at stake, but stability is not in question. The contenders are vying for traditional power and influence, not for the soul of the nation. And even though widespread distaste over corruption is a factor driving public sentiment, the tools in the legislative races are still the usual ones – money and connections.

There is no bitter national division akin to what is happening in Thailand. The racial cleavages felt in Malaysia are largely absent. The body count that is so common during Philippine elections is missing. Indonesia, which was considered to be on the brink of possible dissolution after the Suharto era ended in 1998, has righted itself in the last 10 years.

The April 9 election will determine the dominant parties going into the presidential election on July 7, and will presage the horse-trading that will fix the coalitions needed to meet a strict threshold (20% of the seats in the DPR or 25% of the popular vote for a party or a coalition) to put up a candidate for president. On a local level, parties are trying to sway voters with cash and goodies. Individually, candidates ‑ some of whom pay a lot of money to parties just to get on the ballot ‑ stand to recoup their investment through access to the underground rivers of wealth that flow to lawmakers.

It is messy, noisy, brash and sometimes shameless.  The Jakarta Globe newspaper this week quoted a local voter about the process: “I attended the Democratic Party’s campaign not long ago and they handed out Rp 30,000 [US$2.60]. My cousin, who went to the Gerindra Party rally at Gelora Bung Karno [Stadium], also received money.” The woman, Albarkah, said she was disappointed when a smaller party held a rally and did not hand out money.

Behind the scenes, vast amounts are spent as the country’s elites vie for influence in the next legislature. Payback comes later in the form of loopholes written into legislation that is drafted secretly and can seem puzzling when it emerges. I have met staffers working in the DPR who joke about suitcases of money passing through their offices as a result of legislative deals.

Can this system last? Many recent polls show corruption to be the No. 1 issue among voters, a fact that fuels the popularity of Jakarta Governor Joko “Jokowi” Widodo, who has been endorsed as the presidential candidate of the Indonesian Democratic Party of Struggle (PDI-P). Indeed, without pointing fingers at his predecessors in City Hall, Jokowi has quietly set about making sensible changes, such as putting business tax collections online as a way to eliminate notorious “tax brokers” who skim off revenues intended for the government. 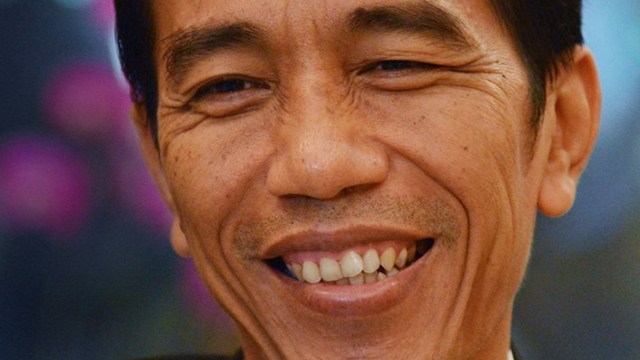 But there also still seems to be a kind of resignation among voters about corruption. A Public Perception Survey on Election Integrity conducted by the official Corruption Eradication Commission (KPK) in 2013 showed that 71% of the respondents believed the practice of “money politics” was normal. Even more sobering, 67% said the practice should continue.

That finding seems to fit the air of calm during an election season in which racial, ethnic and religious tension is mostly absent, with few expecting unrest and religious parties fading as an electoral factor. Nobody is seriously marching in the street. The system may be corrupt, the people seem to be saying, but the nation is doing pretty well.

The decline of political Islam is a case in point. The country’s five main Islamic political parties are among the 12 parties running, but none is expected to do very well. Rising displays of Islamic piety are common, with headscarves and Muslim clothing common even in stylish Jakarta, where such clothing was once rare, but it does not translate into political power.  Take the Prosperous Justice Party (PKS). A beacon of Islam-driven reform in the dying days of Suharto, PKS got caught up in a sex-and-money scandal linked to rigging beef import quotas last year and it is now an object of ridicule. Other Islamic parties have fallen to infighting as religion takes a backseat to secular parties, regardless of how many women choose to cover their hair.

In 1999, when political Islam first became a factor (Islamic political expression was tightly controlled by Suharto), religious parties got about 34% of the vote. In 2009, that fell to 26%. This time around, pollsters predict a showing of maybe 15%.

All of the major parties are secular. Nationalist-oriented PDI-P, led by Jokowi’s reform image, does not seem hurt by the fact that he is said to practice a form of syncretic Javanese Islam that is anathema to Islamic purists; the party is expected to capture 30-35% of the seats on April 9, far more than any other party. Jokowi’s closest challenger, former Gen. Prabowo Subianto, is scornful of religious intolerance and comes from a mixed Christian-Muslim family. His Gerindra party has been rising in the polls, but will struggle to do well enough to put a presidential candidate on the ballot without a coalition partner. The third major party, Golkar, was founded by Suharto as a secular, nationalist vehicle for his dictatorship and it remains the most cohesive party in the country.

It is difficult to say what the 2014 legislative elections come down to, other than a possible pause before a gathering storm, as increasingly sophisticated voters seem unlikely to put up with the massive taint of corruption indefinitely. Scandals have already taken their toll on PKS and President Susilo Bambang Yudhoyono’s Democratic Party; both Golkar and PDI-P have had their fair share of jailed lawmakers in recent years.

Should the PDI-P come out of the DPR elections with a major share of the vote, the message will be clearer. Yudhoyono’s party rose to prominence by pledging to fight corruption but corruption is now bringing it down to the single digits in most polls.

The voters seem poised to give a Jokowi-led PDI-P the chance to take a stand for reform. Regardless of the surface cool in the country, it would be unwise to disappoint the public a second time. – Rappler.com

A. Lin Neumann is a consultant and writer based in Jakarta. He was the founding editor of the Jakarta Globe. The article originally appeared in Edge Review, an online regional magazine covering Southeast Asia.