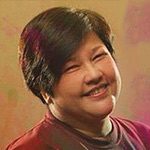 Facebook Twitter Copy URL
Copied
It would be the least government and society can do for all the years of injustice
At last! Plunder charges against 3 really big fish: Senators Juan Ponce Enrile, Ramon Revilla and Jinggoy Estrada. Enrile maintains his unusual silence, saying all these months that he will answer the charges in due time. Hello, Enrile, guess what? It’s time. The two movie actors are also up to form with their usual protests. Revilla and Estrada continue in their sound-bite mode. There is an element of shock in their protestations.
The movie script had always managed to translate into reality before. Otherwise a movie career composed mostly of B-rate macho movies catering to the lowest impulses of the audience would never have propelled such eminently unqualified persons to the Senate.

What a big price to pay for these two to learn what my teenagers already know: what happens in Grand Theft Auto doesn’t quite translate into real life. It would only be worth it if all those fool machos out there who voted for these two would also learn the difference between films and life.

So let’s just continue giving these boys their lesson as they seem to be particularly dull at taking up the study of what matters in life. Sound bite for sound bite.

Estrada calls it an April fools’ joke. I call it, sexy. So sexy that Justice Secretary de Lima and Ombudsman Carpio Morales should be receiving marriage proposals. It’s not a joke, Jinggoy, honey. It’s a blockbuster. It’s so sweet we are waiting for the DVD version. And we are so very enamored of this production we can’t wait for the sequels. I do hope the producers give in to what the audience wants.

The next two episodes should be entitled “Tanda, Sexy and Pogi, Arrested” and “The Trial of the Century.” The final episode I would entitle, “Incarceration.” I can see it now really, that dramatic moment in the sequel, “Trial of the Century,” when the mute Enrile finally finds his voice. The plot twist being that he isn’t really mute, he just has nothing to say. He is not a great soul silenced by injustice who finally says something exculpatory and profound. It is only banal evil. Evil that finally got caught out. The audience confronts the idea that you can grow old and not wiser. The audience realizes that one can end one’s life discredited, no matter the pomp and circumstance of earlier years.

Impunity for the mighty

Some of us in the real world are giddy. The culture of impunity for the high and mighty will not yet end with the trial and incarceration of these three, but it is a good start. A great start.

Never in our history have the fish been this big. And we are in uncharted territory with each further step we take. Notice also that it is not just the three who were charged. There are other people in the list who held higher government positions or who are from our upper class.

Fiesta! For indeed, even in impunity, there is a social hierarchy.

I am an official of the University of the Philippines. When I was first assigned to my administrative job, I noticed immediately that I could not get the simplest things done without lots of paper work and government regulation. I wanted to paint and repair the building I work in. But I had to put the job up for bidding in the government’s electronic purchasing portal. I noticed that the bids were at least 20% higher than what it would cost if I bought the materials myself and had the people who do my house repairs provide the labor. People who know better say that this is what we have come to know as “tong-pats,” the mark up a business needs to put into the price of merchandise because it is the amount to be paid out to facilitators after you win the bidding. Payment is also delayed because of the red tape. So the seller has to add in the cost of lending the government money at zero percent interest from the time he or she delivers the goods and services to the actual release of payment.

You may need some grease if you want the payment to come sooner, rather than later. My understanding is that such a mark up may not even be a real intention to bribe anyone in particular, just an anticipation of what is likely to occur.

Justice for the small people

I think of all the projects I can’t implement and all the hoops I have to jump through just to get the job done. I think of how none of this actually solves the problem of graft and corruption and how some of it just institutionalizes corruption. I could not really steal even a million pesos because that would represent a quarter of my office’s yearly operating budge. But I obey the Commission on Audit, obey our budget office, live with the system as best I can.

Some of my job gets done because I often take my own money to pay for things. I want no kudos. There are many like me in government. Many are far more noble The public school teachers who pay for things they need that government can’t provide because of the red tape. The social workers who still find themselves bringing home their clients especially if they work in remote areas where shelters are unavailable. The doctors in government hospitals who must find ways to provide the medicine and supplies that their patients need but cannot pay for out of their own pockets.

We receive our piddling salaries with our taxes already deducted. We go to work every day on time because the bundy clock and/or our consciences compel us. We serve the public as we must and the best among us do it with kindness and efficiency because we know that the Filipino people are our employers.

In my mind’s eye, I see Enrile, Estrada and Revilla through all the years I would go to the Senate to push for the RH Law. Oh, how they strutted! How difficult it was to see them in their offices. How we had to call them by honorifics like “Senator” or “your honor.” How they had awarded themselves big bonuses for Christmas.

I think of the hundreds of millions stolen and how they called this person and that person to facilitate the release of this money into their greedy little hands. They would not be worthy to lick the stinky shoes of our office messenger.

Let Enrile, Revilla and Estrada go to jail while the rest of us retire from government into our humble middle class lives as free citizens. It would be the least government and society can do for all the years of injustice. It would be a giant step in ending this culture of impunity for the high and mighty. Let the petitions for their resignations, the rallies and the vigils go forward.

Let us rock and roll the music of justice until these guys sing the jailhouse blues. – Rappler.com