Everything but the truth

May 23, 2012 12:55 AM PHT
Dean Tony La Viña
Facebook Twitter Copy URL
Copied
With Tuesday’s events, I now find it necessary to call on Renato Corona to resign and voluntarily relinquish the position of chief justice 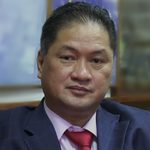 I had hoped that Chief Justice Renato Corona would provide clear answers to the questions raised by this 5-month-long impeachment process. In fact, I wrote a column in the Manila Standard entitled, “Nothing but the truth,” where I listed the questions I hope he would truthfully answer.

I was, like many Filipinos, in the end, terribly let down. The truth demands stringent rigor, a burden enough to break lesser men. The Supreme Court carries a heavy responsibility as the adjudicator of the truth in the cases it hears. What we saw of the Chief Justice on Tuesday, May 22, fails to live up to the demands of that rigor and responsibility. Instead of hearing nothing but the truth, we heard everything but the truth.

The day’s proceedings, featuring the Chief Justice’s testimony, certainly proved to be the most dramatic – yet drama, equally certainly, cannot and will not prove anyone’s case to the members of the Senate impeachment court. Most especially true after Corona’s sudden and abrupt walkout from the Senate chamber. This, right after he submitted a voluntary waiver on his foreign bank accounts, conditional on the 188 congressmen, who signed the impeachment complaint against him, doing the same.

Later, Corona, through his defense panel, would offer the explanation that he had suffered a bout of hypoglycemia, as a result of the day’s pressures and insufficient food intake. Nonetheless, the episode earned the ire of Senate President Juan Ponce Enrile, who had been very liberal in allowing Corona up to 3 hours for an opening statement – unusual in such proceedings, but still granted out of respect for the Chief Justice and a desire to get to the bottom of things.

One thing that had always made me uncomfortable with this impeachment process is the lynch mob mentality against Corona that I often sensed in these past months. The self-righteousness of many has been depressing. As I write, I follow social media and see the incredible personal cruelty inflicted on the Chief Justice and his family, even as he is brought to the hospital. This part of us, I do not like. We really must learn to exact accountability without this mentality, self-righteousness, and cruelty.

I sound like a broken record (to use the famous words of Ombudsman Carpio-Morales) but viciousness like this is bound to come back to those who inflict them on their fellow human beings.

I also did not like the railroading of the impeachment proceedings in the House of Representatives. And while not worried about President Aquino becoming a dictator or controlling the Supreme Court (his personality and history make this unlikely), and certainly rejecting the accusation that the Hacienda Luisita case motivated impeachment, I was worried about precedent and how a future president could use his or her powers to go after an impeachable official.

That is why, even in the face of criticism by many friends, I have consistently called for due process and defended the right of the Chief Justice to a good and competent defense. That has not changed in spite of what happened Tuesday.

Drama aside (and it should be set aside), the verdict on this impeachment trial rests on whether the evidence provided by the prosecution and defense on the Articles of Impeachment, can answer one simple question: given all the evidence, does he deserve to remain as the country’s Chief Justice of the Supreme Court?

I originally intended not to answer this question. After all, I am not a senator-judge elected by the people to render a verdict on impeachment after exhaustive study of the evidence. However, after what I heard, I have decided to make my position known, if only to help move the process forward. And I share this opinion, not out of passion or prejudice, but from a rational evaluation based on the Chief Justice’s behavior during his testimony on Tuesday.

If anything else, with his words and acts in the impeachment court, Renato Corona clearly does not demonstrate the strength of character we need in a person who sits in the Supreme Court, and most especially so as the primus inter pares (first among equals) in the highest court.

First, because he made the assumption that he did not need to declare his dollar assets in his Statements of Assets, Liabilities, and Net Worth (SALNs) due to bank confidentiality laws. Those laws have a purpose but they were not intended to shield wrongdoing or be an excuse for not doing one’s positive duty as a public official.

Even considering his assertion that he didn’t have the 82 accounts alleged in Ombudsman Conchita Carpio Morales’ testimony, his 4 accounts should still have been fully disclosed. This admission, in turn, he made worse by making his waiver conditional, thus making it appear like he were trying to deflect attention from himself.

No public official, especially in high office, can make that assumption which Corona claimed. To accept his argument is to negate our laws on the accountability of public officials. For me, the mere failure of the Chief Justice to disclose any of his assets in his SALNs is sufficient grounds for conviction under Article II of the impeachment complaint – not just because it violates the Constitution, but also because his high position demands equally high responsibility.

The Constitution’s intentions were to require public officials to be transparent and accountable by example, not merely on demand or by convenience. It is not about whether a public official’s wealth was ill-gotten or not; it’s not about the presumption of innocence; it is about setting a good example and demonstrating good faith to the Filipino people.

Chief Justice Corona’s assumption that foreign currency accounts should not be disclosed sets a bad example and precedent to all other public officials. His excuse defeats the purpose of the SALN, if some assets can remain undisclosed in the name of privacy. This assumption, this attitude, is arrogant and condescending, at the very least. It also sets one’s self above the law, and demeans the Constitution’s intentions for accountability.

We cannot afford such assumptions and such attitudes – and the men who carry them – in high office. As fellow lawyer Joan de Venecia posted on Facebook: “CJ says he didn’t declare his dollars in his SALN because they are, by law, absolutely confidential. I’m sorry, but this is, in my opinion, a disingenuous misreading of the law. That kind of interpretation subverts the very essence of the sacrosanct Constitutional principle that a public office is a public trust.” For this interpretation to come from the Chief Justice of the Philippines is simply unacceptable.

My views do not just rest on Corona’s error of assumption, though. His “walkout” showed a careless disdain for the impeachment process, the Senate, and even the Supreme Court and his own health and well-being. Even if we were to admit that his actions were provoked by the physical and biological effects of hypoglycemia, then this makes my worries for the office of the Chief Justice justifiably worse.

Mens sana in corpore sano: a sound mind in a sound body. Just as a soldier must keep himself in tiptop shape, so should have Corona prepared himself, mind and body, for the rigors of his testimony. I do not say this uncharitably: a confident, healthy Corona could have made some difference in the opinions of the undecided senator-judges, as well as the public.

With Tuesday’s events, I now find it necessary to call on Renato Corona to resign and voluntarily relinquish the position of chief justice. I believe that he certainly is culpable under Article II, given his absolute failure, now admitted, to disclose his dollar accounts in his SALN.

The clarity of conviction would be appreciated, yet I feel that resignation would be better, as it would spare all – Corona, his defense team and supporters, the prosecution, the Senate, the Supreme Court, the Filipino people – from further pain, and keep all this from getting worse. This impeachment has been handled admirably and professionally thus far, especially by the Senate and its presiding officer, but I don’t wish to see it derailed by a vicious battle among all parties that would take its toll, on Corona’s and the country’s well-being.

Resignation or not, there will be no evasion of accountability – as criminal proceedings should be pursued through the Ombudsman, if warranted by the evidence. Whether by impeachment or by criminal complaint, exacting accountability from Renato Corona, as of all public officials, is a process that deserves integrity and respect.

Indeed, it would do the country good if all of us, including the critics and supporters of the Chief Justice – come together now and act, without fear and anger, with charity, and in accordance with the truth that sets us free. – Rappler.com