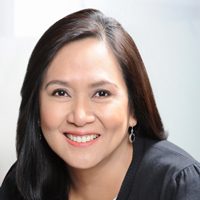 Facebook Twitter Copy URL
Copied
'This lady wears slippers when she walks on streams and mountains to listen to her constituents every week. This lady will account for every centavo of the people’s money and publish where it was spent'

I have avoided answering the wistful question of my friends who bemoan, “Wala na bang iba? (Is there no one else?)” They are referring to the looming 2016 presidential elections, and what they deem to be the absence of a desirable, believable and winnable “presidentiable.”

Even the most caustic critics of PNoy concede that the palpable gains of this administration might be undone with the wrong successor at the helm. He will be a hard act to follow.

To the persistent ones who refuse to accept a Mona Lisa smile for an answer, I say: “Have a little faith. Presidents are made in heaven.”

The repartee quickly turns to black humor as they suggest who should be sacrificed to seal the destiny of an aspirant. But as the countdown of PNoy’s term gets shorter, the laughter acquires a nervous tenor. Uninhibited netizens keep a running commentary on the current crop of hopefuls.

To cite a few remarks (sanitized and slander-proofed) on why they shouldn’t, wouldn’t, couldn’t win:

The wailing list is capped with the reprise of the question, “Wala na bang iba talaga? (Is there truly no one else?)”

The question is now desperately begging for an answer.

An avid PNoy supporter listed down 125 (and counting) accomplishments starting from banning the wang-wang; to impeaching Corona; indicting the “PDAFees”; passing landmark bills like Sin tax and RH; multiple investment upgrades; providing CCT to 4.2 million families below the poverty line and forging the Bangsamoro Peace Agreement – to name a few. He warns of backsliding if the next president has less integrity and political will. He is right.

The work is far from done. The reforms are still fragile and constantly sabotaged by those who do not walk the straight path.

The China threat is a Damocles’ sword constantly poised to fall. The country is high in the list of the calamity-prone, located within the ring of fire; the transport infrastructure is so messed up; agriculture and mining need vigilant monitoring; the looming power shortage might reverse economic gains. The to-do inventory gets longer.

But the biggest challenge is governing a people who have been betrayed by their leaders so many times before. Their newly restored faith is still prone to waver. The next leader must strengthen that fledgling hope and optimism.

That X-factor is the most difficult to find. Some call it charisma, sincerity, empathy, the ability to inspire, a heart for the people. It is all of the above but more. It’s that indefinable essence that bonds followers to a leader. It cannot be faked, manufactured or projected. Most voters know intuitively when they are being conned. Pretenders are punished at the polls, as past experience proves.

If a professional headhunter were to search for the next president, all these factors would be considered.

One name would stand out. ATTY. MARIA LEONOR “LENI” ROBREDO, the Congresswoman from the third district of Camarines Sur who routed a dynasty. The widow of the late DILG Secretary Jesse Robredo, the epitome of good governance. She has the right educational background.

She is connected with the Naga chapter of Saligan, a national alternative lawyers’ group helping farmers. She founded Lakas ng Kababaihan ng Naga, was the past president of the Naga City Council for Women, and a member of Federacion International de Abogados.

She has the right advocacies.

Very much in the style of Jesse, quietly working without fanfare, Leni has pushed for the bills that benefit not only her constituents but the entire country such as the charter extension of the Philippine National Railway. She filed for the Full Disclosure Bill that will require all elected officials and government agencies to fully disclose any transactions, documents, and budgets of public interest. She is a champion for the Freedom of Information bill (FOI).

She listens to the needs of the people.

A true believer of people empowerment, in her privilege speech marking the second anniversary of Jesse’s death, she said:

“We need to share power with the people from crafting our policies, to planning our programs, to making our budget, and monitoring implementations and accomplishments. This is the heart and soul of good governance. This allows decisions at the policy making table to truly be responsive to what people need on the ground and not defined by the crosshairs of politics, economic status, or family name. This is how we reject the trickle down approach. We don’t just give people a monitoring role. We allow them to say their piece in all stages of governance. We give all sectors a voice – AND LISTEN WHEN THEY SPEAK. Good governance always require three things – transparency of processes, accountability of officials and people participation.

I KNOW, and I say this with all conviction in my soul, that there will be NO INCLUSIVE growth until decision-making involves people on the ground.”

As far back as 2013, the nuns were asking her to set her sights on 2016. But she never took the suggestion seriously. In fact she’s quite wary about the seduction of power – constantly reminding herself never to get accustomed to the trappings of affluence. Leni believes it is a privilege to serve the people.

She has the right character.

This lady takes the train and the bus to Naga every weekend. And it’s not for show and tell. This lady wears slippers when she walks on streams and mountains to listen to her constituents every week. This lady will account for every centavo of the people’s money and publish where it was spent.

Leni Robredo. She’s THE ONE. – Rappler.com