Nov 1, 2014 6:10 PM PHT
Patricio Abinales
Facebook Twitter Copy URL
Copied
'A glimpse at the balance of power across the nation shows that Binay has a clear advantage over Roxas' 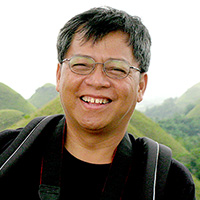 The girn and bile heaped by pro-Aquino and pro-reform trolls in this site over my past commentaries suggesting the victory of Vice President Jejomar Binay over Interior Secretary Mar Roxas are oddly amusing because one would think that insights – no matter how dated – on the mindset and ethos of the ambitious would be good fodder for his opponents.

These responses also suggest panic and exasperation over Binay’s ability to maintain his lead. Yes, the Pulse Asia survey shows a significant decline in Binay’s ratings, but there is no surge in the public’s positive reception of the DILG secretary.

Senate hearings and national media headlines however are not good gauges of which candidates people will vote for.  Students of Philippine politics have repeatedly reminded us that the country’s major political battles are not waged and won not in the imperial capital but the provinces and the peripheries of the nation.

“All politics is local” was what the late US Speaker Tipp O’Neill repeatedly hammered on his audience. The Americans introduced this way of doing politics a century back, and it proved a perfect fit for the needs of rising provincial Filipino families had become the biggest landlords of the new colony.

Repeated attempts to defeat this local power – from General Leonard Wood’s attempt to rein in Manuel Quezon and Sergio Osmenñ, to the reformist wing’s struggle for honesty and efficiency in the Magsaysay administration, to Ferdinand Marcos’ dictatorship and Gloria Arroyo’s Strong Republic – have failed. The current president has recognized this reality and made peace with the local clans (Note that except for the Ampatuans and the Arroyos, none of the other provincial political dynasties – including the Marcoses! – have been prosecuted for corruption).

A glimpse at the balance of power across the nation shows that Binay has a clear advantage over Roxas.

The Gullas, Garcia, and Quisumbing families have combined their forces under the One Cebu Today party to bat for Binay, leaving Roxas with only the badly divided Osmeña clan as a possible ally. The enduring domination of Cebuanos in the Central Visayas and in northern Mindanao (where the Paglaum Party of the Zubiris of Bukidnon and the Emano’s and Pimentel’s Padayon Pilipino in Misamis Oriental dominate) will mitigate whatever unified vote the Ilonggos could muster for their “son” Mar.

Binay also has the support of the Jalosjos clan’s Alliance of Parties for Progress, Manny Paquiao’s  People’s Champ Movement in Saranggani, and powerful Sinsuat and Mastura families of Maguindanao and Sultan Kudarat, respectively. Davao City’s Rodrigo Duterte has not made his choice yet, although rumors are if Binay promises to respect his autonomy, the charismatic and popular mayor will surely vote UNA.

A cimmerian future thus awaits anti-Binay trolsl, their patrons, Roxas operatives, and media people partial to the DILG secretary.  For based on the current lay of the electoral land, the kid from Makati’s slums may just hammer in the final nail into the coffin of the ambitions of one of the oldest oligarchic families of the country.

How then can one reverse the trend? I suggest these animated critics step down from their moral high ground and start getting their hands dirty not in Metro Manila or in social media. If they want their candidate to win, they have to be ready to engage in a protracted street-by-street battle in the slums, villages, plantations, and farms outside the gated Golden Ghettoes and middle-class subdivisions of the imperial capital.

They may still get a high in listening to the hubbub in the Senate, the clatter in blogs and websites, and the verbose opinions in national rags, but in the end it will be  the barangays of Ilocos Sur, Pampanga, Cavite, Cebu, Cagayan de Oro, Davao, Lanao, Maguindanao, and Zamboanga which will have the final say. – Rappler.com

Patricio N. Abinales is a student of Philippine local politics.