Beyond disarmament in Mindanao 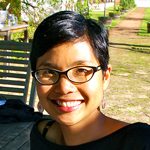 From past experience, we all know that the signing of a peace agreement between the Philippine government and a non-state armed group is but the first step in the long, complicated path towards peace.

The Galtung concept springs from the understanding that violence manifests not only in terms of direct physical violence, but also through the existence of laws that discriminate against minorities or institutions that promote unequal development.

In this sense, violence can be either direct or structural in nature. The Mindanao experience illustrates both concepts of violence.

The “all out war” waged against Muslim insurgents by President Estrada in 2000 and President Arroyo in 2008 are just among the more recent examples of the direct violence experienced by the people of central Mindanao and the Autonomous Region in Muslim Mindanao (ARMM). These two instances of aggressive central government policies led to the displacement of nearly one million people.

In the case of structural violence, an examination of modern Philippine history reveals the consistent marginalization of Muslim Mindanao in terms of political representation, economic development, and social exclusion. To illustrate, the policy adopted by the Philippine government in the late 1950s to resettle Filipino Christians from Luzon to Mindanao was plagued by complaints from Muslim Mindanaoans of forcible land grabbing. The implementation of this policy resulted not only in the shrinking landholdings of the Muslim Mindanaoans, but also made them minorities in their homeland.

This was compounded by the central government’s apparent neglect in providing effective economic and social welfare policies for the development of these areas. As a result, ARMM persistently has the highest poverty incidence, with poverty incidence in 2012 at 46.9%, more than double that of the average nationwide poverty incidence of 22.3%.

One of the key aspects of post conflict peace consolidation in central Mindanao and ARMM is the successful implementation of a Disarmament, Demobilization, and Rehabilitation (DDR) program for former combatants.

The traditional understanding of this process focuses solely on the former combatants, with an emphasis on the collection and destruction of weapons, breaking down of the command structure of the armed groups, and reintegration of former combatants into society by providing them with skills that will allow them to move away from armed struggle and towards full participation in, and contribution to, the economic and social life of their communities.

The application of the traditional form of DDR, however, has proved problematic, as noted by post-conflict specialist Desmond Molloy.

Learning from his experiences in implementing a DDR program in post-conflict Sierra Leone, he recognized that the focus of the process solely on ex-combatants caused the broader community to feel isolated from the peace process.

One of the problems of DDR processes that focus solely on the reintegration of ex-combatants is the possible perception of the rest of the community that the former combatants are now being rewarded for taking up arms against the government. This could cause feelings of envy, and foster a sense of injustice among the civilian residents of the communities towards the former combatants who now want to join the community. This will most likely be felt by communities that have been subjected to the direct violence perpetrated by the conflict – their homes destroyed by armed groups/military forces, their goods or harvest stolen or destroyed, and their sense of well-being violated after witnessing violence perpetrated against other people.

For DDR programs to be successfully implemented, stakeholders need to recognize that the peace process involves not just ex-combatants but also members of the communities which these ex-combatants will now become a part of.

After all, the peace process should not be understood in the narrow sense of reconciliation only between the government and the armed combatants, but must also strive for the reconciliation between the combatants and the communities that witnessed the violent insurgency and bore the brunt of the consequences.

To address these concerns, Molloy formulated a more integrated form of DDR, which seeks to “place weapons beyond use, in the context of improving community security through social and economic investment in the community.” Success thus rests on broad community economic development, coinciding with Galtung’s conception of positive peace and the need for programs aimed at enhancing livelihood opportunities, not just of ex-combatants but of the civilian residents as well, while focusing on job creation, provision of social services, and rebuilding community infrastructure. This is done with the ultimate goal of enhancing social justice and equity in the affected areas.

In this regard, the measure of success of this conception of DDR lies less on the number of weapons collected or the inclusion of former combatants into the government’s law enforcement apparatus. Instead, success of the DDR program can be measured by the reduction in the number of violent confrontations between ex-combatants and  the other members of the community.

This would work well particularly in the case of Mindanao, which has a deeply entrenched gun culture. Since gun ownership appears to be connected to notions of masculinity and social status in the ARMM and central Mindanao, it is highly improbable that the DDR program can successfully disarm the ex-combatants.

The disarmament should not be the be all and end all of the peace process. As the recent story on the communal fishing venture in Kabacan, North Cotabato, shows, where a development project is being properly implemented within a community, former armed enemies can live and work together with other members of the community in harmony.

Perhaps the key to the success of this project is that it is a livelihood project that incorporates Moro values by employing the consensus-building tradition in the management of the project, allowing all members of the community to participate in the venture. This helps not only in providing the community with an additional source of income, but also by building and strengthening relationships between and among ex-MILF and ex-Moro National Liberation Front members, as well as the other members of the community. – Rappler.com

Karen Pimentel Simbulan obtained a law degree from the UP College of law. She recently graduated from the Willy Brandt School of Public Policy at the Universität Erfurt in Germany with a Master of Public Policy degree, specializing in International Conflict Management.