What happened to the Philippine economy in 2014? 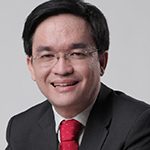 Facebook Twitter Copy URL
Copied
There is reason to expect sustained growth in 2015, with election spending starting even in 2015 (as 2016 involves the presidency)

With the onset of 2015, we have begun our habit of making New Year’s Resolutions, and of wondering about what is in store for the rest of the New Year. The Social Weather Stations (SWS) reported last month that seven out of ten Filipinos expected a happy Christmas, which, by far, appears to the best outlook ever of the yuletide season in an entire decade.

Media organizations have also started to interview soothsayers to give their take on what the stars are suggesting for 2015. International organizations and think tanks such as the Philippine Institute for Development Studies (PIDS) will also soon release their respective outlooks on  socio-economic conditions.

This coming January 29th, the Philippine Statistics Authority (PSA) will release estimates of the fourth quarter economic performance, as well as for the whole of 2014. Growth in the Gross Domestic Product (GDP), and the major sectors, namely Agriculture, Industry and Services, provide concrete evidence of what is to come for the economy, since the past carries information about where the future is likely to be.

While GDP is not a perfect measure of economic performance, it continues to be the most widely trusted economic indicator being the value of goods and services produced in an economy. Of course, other statistics including a Gross National Happiness Index, and multidimensional measures of progress, are being proposed but only GDP has undergone as much rigor, with the UN advocating for countries to follow the System of National Accounts (SNA), especially the latest 2008 SNA, which the PSA has adopted.

Last November, when the PSA released statistics on the third quarter economic performance, several were disappointed that the third quarter performance was lower than what they expected, on account of negative growth (-2.7%) in agriculture and a slowdown in the growth of services (5.4%), compared to the previous year (7.7%).

Some also pointed to poor government’s spending, on account of the declaration of the unconstitutionality of the Priority Development Assistance Fund (PDAF) and the Disbursement Acceleration Program (DAP). While public administration and defense output, and government final consumption expenditures considerably slowed down (see Figure 1), attributing the slowdown of the economy to the PDAF and DAP issue is far too simplistic. Government contributes only about 10.5% of total spending, and 4.7% of total output in the entire economy. It must be remembered that 2013 was an election year, so election spending contributed to a high base for 2013.

Everyone should recognize that a 5.3-percent growth for the third quarter is still quite impressive. Many economies in Europe have not seen positive growth for quite a while. And what is remarkable is that the Philippine economy has been having robust growth through the period when the global economy faced many challenges.

There is reason to expect sustained growth in 2015, with election spending starting even in 2015 (as 2016 involves the presidency). Government spending will help though it matters what government will spend on. The decision to keep on increasing spending for infrastructures is a step in the right direction, as this will spur more investments and jobs.

In a previous article on Rappler, I showed that the employment structure is shifting, with more employment being created outside of agriculture and with the share of vulnerable employment decreasing. As far as the economy is concerned, while personal consumption still continues to be the bulk of spending, from 2000 to 2014, Figure 2 shows that the ratio of household final consumption expenditure to total gross domestic expenditure (GDE) has been decreasing (although fourth quarters tend to be upticks in recent years). Investment (as measured by fixed capital to GDE) is also on the rise, especially in recent years.

The quality of economy growth thus appears to be healthy. Of course, it will take several more years, perhaps two more honest presidents, for economic growth to be sustained and ultimately result in substantial poverty reduction. We ought to be concerned about choosing for president in 2016 someone who isn’t corrupt since as I pointed out  that corruption harms development. But rather than look too far into the future, let us try predicting the immediate future.

Statistical models can provide insights into relationships in the data that allow us to generate scientific forecasts of future events, especially in the short term, provided that past trends and other patterns found in data continue. These models are not full proof, as Nassim Nicholas Taleb cautions notably in his  book “The Black Swan,” but statistical models, for whatever imperfections they have, allow us to get a taste of what may likely result, plus or minus some degree of uncertainty.

An examination of outputs of subsectors comprising the major sectors of the economy (see Figure 3) using statistical models suggests that the fourth quarter performance of the entire agriculture sector will bounce up from last quarter’s negative 2.7% to positive growth. My best guess would be around 1.2% for the sector, but Ruby and Seniang may temper this down a bit, with the industry and services sectors likely to grow 8.3% and near 6.0 %, respectively in the fourth quarter to yield a fourth quarter GDP growth of 6.2%, and thus making full year economic growth at 5.9%. While this is much lower than the low end of the government’s target growth of 6.5% to 7.5%, it is still a very good growth figure. Very likely, my fearless forecast will be off, but by how much, we shall see when the PSA releases the actual GDP figures for 2014. Danish Physicist Niels Bohr (1885-1962) warned about the perils of forecasting: “Prediction  is very difficult, especially if it’s about the future.” Even St. Augustine of Hippo in De Genesi ad Litteram (Book II, xviii, 37) counsels against believing in soothsayers and numerologists: “The good Christian should beware of mathematicians, and all those who make empty prophecies. The danger already exists that the mathematicians have made a covenant with the devil to darken the spirit and to confine man in the bonds of Hell.”

So, why bother making a forecast?

When I headed the NSCB, which was then tasked with producing the GDP, I kept pointing out that the NSCB was not in the business of forecasting. If I gave forecasts and they would be inaccurate, my office would lose credibility, and if the forecasts would be accurate, the NSCB would be accused of making the forecast come true. Now that the NSCB has been consolidated with other agencies into the PSA, and I am no longer responsible for official statistics production, I offer my insights (and predictions) to the public for whatever purposes they serve.

Every time I see numbers, I see much more… but of course, there is danger that I may be seeing more to the numbers than what the numbers are really saying.  After all, there is truth to what my English teacher Manny Leviste regularly told me and his countless students: “everyone is entitled to his own WRONG opinion!!!” – Rappler.com