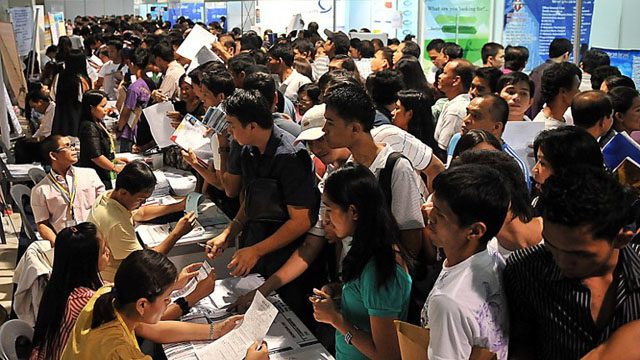 Facebook Twitter Copy URL
Copied
‘The Asia-Pacific region, with its strong growth performance and economic dynamism, has achieved a remarkable reduction in extreme poverty, along with broader development. However, much work remains.’

The level of global debate about sustainable development is reaching new heights as the United Nations gears up for member states to negotiate the post-2015 development agenda at a landmark summit to be convened by the General Assembly in September.

Deliberations about the specific sustainable development goals to be adopted must be reinforced by sound global economic governance and focused domestic policy frameworks, to improve the inclusiveness of growth and to advance the economic, environmental, and social welfare of our people and the planet.

The benefits of growth have to be more widely distributed, because inclusive growth is the cornerstone of sustainable development. Mainstreaming sustainability considerations in policymaking will, in turn, support inclusivity.

The Asia-Pacific region, with its strong growth performance and economic dynamism, has achieved a remarkable reduction in extreme poverty, along with broader development. However, much work remains.

The changing dynamics in regional growth trends are driven by many factors, prominent among these is the economic rebalancing of China, which is expected to register a lower growth rate of 7% in 2015 – a stark contrast to investment and export-led growth averaging 9.7% over the last decade. Authorities are managing the transition well and are counting on domestic consumption-led growth.

While the unprecedented decline in the international oil price of almost 40% between the end of June 2014 and the start of May 2015 offered the region a window of opportunity and some relief to the large community of oil importers, it also created economic tremors in Russia and its neighbors.

In terms of regional impact, the slowdown in some of the larger economies is being partially offset by India’s growth, which we expect will accelerate to 8.1% in 2015 from 7.4% last year, as the new government of India translates its reform commitments into action.

Work has also intensified in ASEAN (Association of Southeast Asian Nations), with members set to establish the ASEAN Economic Community (AEC) by the end of this year, which should boost growth prospects for the sub-region and the wider Asia and the Pacific.

The good news is that there is still much scope to catalyze higher growth, with much of the region’s output below its potential, and in some cases even below pre-crisis levels.

Better growth is contingent however on strong and sustained domestic reforms. Structural weaknesses, such as infrastructure shortages; excessive commodity-dependence; low productivity; and social deficits also keep some developing economies in the region from realizing their full growth potential.

The irrefutable lesson of recent decades is that although economic growth is vital and necessary, it is not sufficient to create shared and sustainable prosperity. This requires shifting the focus of development policies to address not only “inequalities of income” but also “inequalities of opportunity.”

This distinction is important, because different kinds of deprivation reinforce each other. Reduced access to adequate healthcare, basic nutrition, clean drinking water, better sanitation and quality education, for example, impacts employment prospects, widening the gap even further between haves and have-nots, and creating a vicious spiral of inequality.

For sustainable development to succeed, growth must be made more inclusive, by addressing social and environmental deficits.

ESCAP has introduced an innovative new multidimensional inclusiveness index – a composite measure of 15 core indicators that track the economic, social, and environmental dimensions of development in 16 countries, which together account for 92% of the region’s population and 88% of its GDP (gross domestic product).

Inclusiveness measurements confirm that the region as a whole has made progress over time, but within several countries, economic and social transformation is still lagging. Despite significant progress in improving access to universal primary education, for example, there are still several countries where more than half of all children of secondary school age are not even enrolled. In India’s lowest income quintile, girls receive on average, only half as many years of education as boys. In Pakistan, the gap is even more glaring.

A similar picture emerges in health services. Only about 59% of the region’s population are able to access basic sanitation, and close to 800 million people lack access to these facilities in South and Southwest Asia alone.

Of particular concern are large and widening income inequalities in many countries, as well as disparities in access to critical public goods, such as education and health services across the region. Deteriorating environmental conditions and frequent natural disasters are also making it more difficult for socioeconomic progress to be sustained.

As the region prepares for the post-Millennium Development Goals future, inclusiveness must be integrated and mainstreamed in policymaking to meet these outstanding development commitments and to implement the new sustainable development agenda.

It is essential for governments to launch integrated and well-designed packages of inclusive policies to boost opportunities for decent employment and job security, equitable access to finance, and to provide adequate access to basic services such as education, health, energy, and water.

Addressing the shortcomings of inclusive growth, together with prudent and consistent management of risks to growth, has to be a key part of our transformation for the sustainable future we want. – Rappler.com 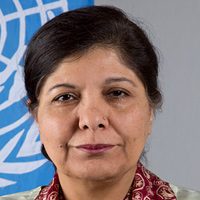 Dr. Shamshad Akhtar is the Under-Secretary-General of the United Nations and Executive Secretary of the Economic and Social Commission for Asia and the Pacific (ESCAP). She is also the UN’s Sherpa for the G20 and previously served as Governor of the Central Bank of Pakistan and Vice President of the MENA Region of the World Bank.