Inequality? Not in my lifetime

May 26, 2015 3:55 PM PHT
Facebook Twitter Copy URL
Copied
'Because equality does not wait. Equality cannot wait... Gay Filipinos will continue to be born and raised while equality waits' 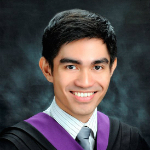 I remember taking the University of the Philippines (UP) Law Aptitude Exam in 2009. I remember being asked why I wanted to take up law and what I could contribute to society. I remember answering, “I want to take up law to understand the law, so that I can change the law.”

And now here I am, trying to fulfill the purpose why I took up law. I say try because I may not succeed. I have filed the petition but the Supreme Court may dismiss it outright. I have consulted from professors in UP Law. Some are enthusiastic and supportive, some are more cautious. I have also heard from esteemed constitutionalists that my petition is weak, asking who were my Constitutional Law professors. They say that I am not the “proper party” to raise this issue, even if I’m gay. I don’t have a partner. I’m not in a same-sex relationship. I didn’t apply for a marriage license.

For a long, long time, no one has challenged this inequality. And so nothing has changed.

Frederick Douglas once said, “Power concedes nothing without a demand.” I demand change. I demand equality. I demand for my rights, and the rights of other LGBT Filipinos. Nothing will be given if it is not demanded. Even the Bible quoting Matthew 7:7 says, “Ask, and it will be given to you; seek and you will find; knock and the door will be opened to you.”

The Philippine Constitution while patterned after the American Constitution has outgrown its colonial roots. The Philippine legal system allows facial challenges to laws, such as the Reproductive Health Law and the Anti-Cybercrime Act, even without an “actual case or controversy,” meaning even if the law has not been applied or enforced yet.

This is because the 1987 Constitution has made it a duty for the Supreme Court to “determine whether or not there has been grave abuse of discretion… on the part of any branch or instrumentality of the government.” The Supreme Court has consistently shown it will always uphold the Constitution.

Rights cannot be made to depend on the approval of the Church or of the majority. We are a democracy, not a theocracy like ISIS. However, we do not live in a pure democracy. We live in a constitutional democracy.

The purpose of Article III of our Constitution or the Bill of Rights was to remove fundamental rights from the fickle and tyrannical whims of the majority or the powerful, paraphrasing US Supreme Court Justice Robert Jackson. To quote: “One’s right to life, liberty, and property, to free speech, a free press, freedom of worship and assembly, and other fundamental rights may not be submitted to vote; they depend on the outcome of no elections.”

Because it will hurt no one and benefit many. I stress this: Gay marriage will hurt NO ONE.

Inequality? Not in my lifetime. – Rappler.com

This piece was solicited by Rappler from the author, after Rappler broke the story on the 31-page petition it had obtained.