The China challenge in the West Philippine Sea 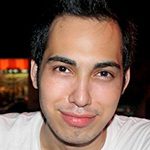 Throughout various periods in its ancient history, China stood as the de facto hegemon in East Asia, exercising imperial influence through a wide and sophisticated network of tributary relations with smaller kingdoms on its peripheries.

The towering Himalayas and the unforgiving deserts of Central Asia, meanwhile, served as a major geographical barrier between the Asian powerhouse and its imperial peers in Persia and Rome, though the ancient Silk Road didn’t prevent robust trade and cultural exchanges among these great civilizations.

For much of modern history, however, China struggled with imperial decline, humiliation at the hands of European powers (and later Japan), and went through various periods of domestic instability, either brought about by anarchy of warlords or the megalomaniac drive of a paramount leader, Mao Zedong.

After a long period of decline, China is once again re-asserting its historical position in Asia. But today’s China is far from a monolithic power. It is no Soviet Union, which was primarily an expansionist military power bound by a rigid ideology and hunkered down by an increasingly wobbly economy.

China’s rapid ascent, thanks to a 3-decade-long economic miracle, is creating what political scientist James N. Rosenau calls “fragmegration”, a simultaneous process of integration, driven by China’s trade and investment ties with the world, and fragmentation, thanks to its coercive pursuit of sweeping maritime claims in adjacent waters. In many ways, the rise of China constitutes the central strategic dilemma of our age.

Earlier this year, China managed to pull off a major strategic coup against the United States by astutely convincing almost all relevant economies in Asia and the West to join the Asian Infrastructure Investment Bank (AIIB), despite Washington’s vehement opposition. The Obama administration was left bitter and isolated, as China flagrantly chipped away at the US’ historical position as the underwriter of the global financial order.

Most countries, including the Philippines, pragmatically recognizing the necessity for Chinese capital, cautiously welcomed the AIIB initiative as a much-needed – albeit insufficient – remedy to the glaring infrastructure spending gap in the region. With $4 trillion in foreign exchange reserves, China has been at the forefront of redefining the global development landscape, bankrolling the BRICS’ New Development Bank as well as “One Belt, One Road” New Silk Road initiative, which are also aimed at revamping the international infrastructure landscape. No wonder then one of our leading presidential candidates recently went so far as declaring: “’China has money, [and] we need capital.”

At the same time, however, China has also become a polarizing force, progressively contributing to deterioration in longstanding maritime disputes in the Western Pacific.

This year’s Shangri-La Dialogue – a global security forum bringing together defense ministers, top military officials, and security wonks from across the world – saw Washington and its allies squaring off with (an isolated) China over the latter’s massive construction activities and growing military presence in the West Philippine Sea.

With little signs of compromise on the horizon, and as Chinese military officials openly dangle the option of imposing an Air Defense Identification Zone (ADIZ) in the South China Sea, Washington and its allies are scrambling for an appropriate response against further Chinese provocation.

By deploying surveillance aircraft (along with media personnel) and warships close to China’s artificially constructed features in the Spratly chain of islands, the US Navy has been openly contesting Beijing’s sovereignty claims to these features.

US Defense Secretary Ashton Carter expressed his alarm over any Chinese-imposed “restrictions on international air or maritime transit” and emphasized how his country “will fly, sail, and operate wherever international law allows, as US forces do all over the world.”

He rejected any Chinese sovereignty claim over artificially-altered low-tide elevations, which are not subject to appropriation and can’t generate their won territorial waters under international law. Carter didn’t rule out the possibility of deploying American military assets well into the 12 nautical miles of Chinese-claimed features.

Clearly, Pentagon’s chief concerns are freedom of navigation, both for merchant fleets and American naval forces, as well as the prevention of the imposition of a Chinese ADIZ in the area, which could imperil the position of treaty allies such as the Philippines, which occupy advanced features and facilities in the area. Predictably, the Chinese defense delegation countered by trying to present Beijing’s activities in the area as “justified, legitimate and reasonable.”

Senior Colonel Zhao Xiaozhuo of China’s Academy of Military Science dismissed any suggestion that Beijing is undermining freedom of navigation in the area, implausibly claiming the region has remained stable and peaceful because of China’s great restraint.

China’s top delegate, Admiral Sun Jianguo tried to put a spin on China’s construction activities by claiming Beijing was offering “international public services” through its sprawling facilities in the area.

In short, China denied that there was any problem. China is not only out of step with international norms, but also with much of the neighborhood. Not a single country, not even China’s loyal allies, tried to openly justify or defend China’s actions in the South China Sea.

For long, Singapore has guarded its prosperity and security by adopting an astute equi-balancing strategy towards Beijing and Washington. As a trade-dependent economy, surrounded by bigger nations and historical rivals such as Malaysia, Singapore has relied on a largely symbiotic Sino-American relationship to secure a conducive environment for sustained growth and prosperity in the region.

In recent years, however, Singapore has been alarmed by China’s maritime assertiveness. In response, it has granted greater rotational access to American warships, allowing for permanent stationing of American Littoral Combat Ships (LCS), and has called for greater American strategic commitment to the region.

In his keynote address, Singaporean Prime Minister Lee Hsien Loong warned about the “vicious cycle” in the South China Sea and emphasized how the disputes should be urgently “managed and contained.”

With Singapore soon taking over as the ASEAN-China country coordinator, he pushed for both sides to conclude a Code of Conduct (COC) “as soon as possible”, and called on “all parties [to] adhere to international law, including the UN Convention on Law of the Sea (UNCLOS).”

Cognizant of the growing anxieties of many Southeast Asian nations, Washington unveiled a $425-million defense initiative aimed at enhancing the naval and coast guard capabilities of allies and strategic partners in the Association of Southeast Asian Nation (ASEAN).

But as China’s latest “white paper”, which mentions “offshore waters defense and open seas protection,” clearly reflects, Beijing is determined to pursue its territorial ambitions and strategic interests in the high seas, especially in adjacent waters.

The ultimate challenge, therefore, is to mobilize enough regional support and deploy necessary military assets against further Chinese adventurism – but without triggering an open conflict. The fate of Asia could very well be defined by the struggle in the West Philippine Sea. – Rappler.com

The piece is partially based on the author’s recent article for Asia Maritime Transparency Initiative of the Center for Strategic and International Studies.