The moral compass of ASEAN Although one of the 5 founding members of ASEAN, the Philippines has never been a leader of the regional grouping. In part it was due to dictatorial reign of Ferdinand Marcos, which transformed a vibrant economy and democracy into a backwater. Its democratic transition in the mid-80s to 1990s did not overcome its reputation as the “sickman” of Asia. Indeed, its democracy was often used by authoritarian governments within ASEAN as justification for their “enlightened authoritarianism.”

But today, the Philippines has emerged, not as the leader of ASEAN, but very clearly its moral compass. And it has become this through its commitment to democracy, the rule of law, good governance, freedom of speech and association, economic transparency, and international law.

Today the Philippines is the fastest growing economy in Southeast Asia, challenging the state capital model. Although growth last quarter was below expectations, the fundamentals are still strong. The Philippines is committed to open markets and competition. It is increasingly serving as an incubator for start ups. And most importantly it has the rule of law that gives foreign investors legal assurances.

There are plenty of problems to be sure: Infrastructure development remains weak with old ports, gridlock traffic, antiquated airports, insufficient power generation, unsustainable demographic growth rates, uneven land distribution, and most of all economic inequality. But these are all fixable requiring only political will.

Politically the Philippines remains the most established democracy in the region. While Indonesia has made substantial progress since the fall of Suharto in 1998, its democratic gains are still fragile. The New Order-tainted former general Prabowo Subianto fared very well in the October 2014 presidential election, despite his egregious human rights record, while parliament worked to strip political authority from democratically elected local government units. Since president Widodo came to office, the Indonesian military has moved to reassert itself in civilian politics and governance.

Democracy has made some progress in Myanmar, though there have been significant setbacks, including vicious communal violence. While in Thailand, democracy is in death spiral with its second coup in eight years and a constitution drafted by the junta that is so unworkable and which concentrates power in the hands of unelected bodies, that it sows the seeds of political strife for years to come. Malaysian democracy, likewise has taken significant hits as the government remains in power through shameless gerrymandering and by abuse of the Sedition Act to stifle not just political dissent but parliamentary debate.

The Philippine party system remains very weak and parties tend to have little idealogical basis. The strongest candidates are those with nation-wide name recognition, and the power of political dynasties is troubling. While corruption remains endemic, the surge in polls by first term Senator Grace Poe over corruption-tainted Vice President Jejomar Binay suggests that Filipinos have become less tolerant of public officials enriching themselves.

Despite challenges, democracy is entrenched. The barriers to entry into politics are low by regional standards. There is no dominant party such as PAP in Singapore that has stifled any opposition from emerging. Unlike Malaysia and Singapore, a ruling party hasn’t used libel laws to bankrupt political opponents. Congress exercises its full rights and prerogatives serving as an effective check on executive power, even at times that may be considered counter-productive to Philippine national interests, such as with the EDCA. The rule of law is entrenched, though corruption remains an issue and the legal process is slow. At the end of the day, the leadership governs by a popular mandate. 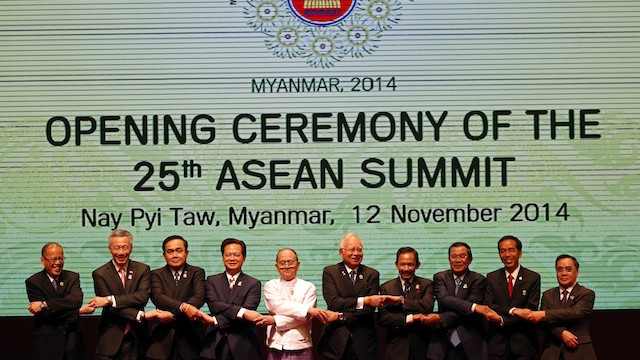 But military weakness has had other benefits, forcing national security to be based on diplomacy, international law and the peaceful settlement of disputes. It’s telling that China’s recently released defense white paper made no reference to international law.

Civil society is robust and NGOs operate without harassment. This is in stark contrast to Thailand, Vietnam and now Cambodia, which is pushing through a law that would severely restrict the operations of NGOs.

In 2006, the Philippines abolished the death penalty, which has no proven deterrent on crime and which has too often been applied unevenly, capriciously for political purposes. This has been most evident in 2015 in Indonesia where the execution of foreign drug mules plays well politically.

All countries have internal security problems, no more than the Philippines. But unlike the Singapore and Malaysia, the Philippines has not relied on draconian Internal Security Acts that allow detention without trial as the cornerstone of their security policy. Indeed, Malaysia’s new Prevention of Terror Act, not only allows for indefinite detention, but possibly torture. Likewise, the Philippines has worked to quell its insurgencies without the use of martial law or emergency decrees that strip citizens of fundamental rights and give security forces blanket immunity, as in Thailand’s restive south.

The peace process with the MILF has stalled in the Senate, which is a real setback to peace and prosperity in Mindanao. But the creative approach of the Comprehensive Agreement on the Bangsamoro (CAB), which addressed core grievances of the Bangsamoro, remains worthy of emulation. The CAB and its implementing legislation the Bangsamoro Basic Law (BBL) are an honest attempt to forge a durable political solution through social justice, inclusion and the equitable distribution of resources. Most importantly, the Philippines recognized the historical and cultural rights and grievances of the Bangsamoro. Nothing of the sort is likely to end insurgencies in southern Thailand, Papua, or in northeastern Myanmar.

And finally, in the recent case of Rohingya refugees, the Philippines led by example, offering to take in refugees from a crisis it neither made, nor profited from, nor had any longterm interest in. Other than Acehnese fishermen who displayed a profound act of humanity, no one else offered the Rohingya and protection, until they were compelled to. The Philippines was the lone voice of conscience.

There is much work to be done in the Philippines, economically, politically, legally and socially.

But the Philippines has quietly emerged as a moral compass for ASEAN. It is a vibrant democracy with a robust system of checks and balances. It has the freest press, internet, and association, all of which have made government more accountable and responsive. Its security is based on diplomacy and the international law, not coercion.

The Rohingya fiasco in which Myanmar’s treatment persecution could not even be addressed should compel ASEAN to scrap its policy of non-interference. Likewise there are growing calls for ASEAN to draft a Code of Conduct for the South China Sea without China.

Both will require leadership, not based on power, but commitment to the rule of law and moral norms. This is the Philippines’ opportunity. A true leader leads by example. – Rappler.com