After gay marriage ruling: Is legalized polygamy around the corner? 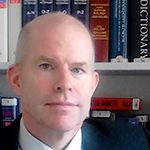 Facebook Twitter Copy URL
Copied
The US Supreme Court's use of fundamental rights and equal protection to establish a right to marry has kept the road to polygamy open, at least for now

These are among more notable reactions to the SCOTUS decision in Obergefell v. Hodges, which legalized gay marriage in the US.

Critics of the decision, drawing from both the majority’s decision and the parade of horribles raised in the minority dissents, claim that, as day follows night, a multi-partner plaintiff will file a case arguing that the principles in the Obergefell decision demand that polygamy be likewise ruled legal.

The polygamy plaintiffs will have some ground to stand on.

While the Obergefell court drew from various threads (including equal protection principles), a central basis for its ruling was recognition that “the right to personal choice in marriage is inherent in the concept of individual autonomy.” The court compared this choice to those concerning contraception, family relations, procreation and childbearing, all of which are protected by the Constitution, and recognized that decisions concerning marriage amount to a “fundamental right” that states could not take away.

Such recognition, according to the Chief Justice of the court, in a bitter, dissenting opinion, will most likely lead to the next step.

Although the majority randomly inserts the adjective “two” in various places, it offers no reason at all why the two-person element of the core definition of marriage may be preserved while the man-woman element may not. Indeed, from the standpoint of history and tradition, a leap from opposite-sex marriage to same-sex marriage is much greater than one from a two-person union to plural unions, which have deep roots in some cultures around the world. If the majority is willing to take the big leap, it is hard to see how it can say no to the shorter one.

Jumping for joy or trembling in fear? Continue to do so, for it is remains whether Big Love liberation will result from the Obergefell decision.

The road to perdition (or paradise) opened by the SCOTUS decision has several roadblocks along the way. Call one esoteric, the other administrative, and the final one economic.

The esoteric factor involves immutability and its importance in the Supreme Court’s approach to equal protection.

Generally speaking, to show that you have been denied equal protection under the law, you need to prove that the government is treating you differently than others because you belong to a “suspect class.” When the government treats folks differently based on such classifications, it needs to have a very compelling reason for doing so with few, if any, alternative approaches. Government policies rarely reach this standard and are accordingly struck down.

Only a few classifications are considered suspect: those defined by race or gender, for instance.  A key aspect of such classifications is that the persons in them generally cannot change the characteristics that put them there in the first place (Rachel Dolezal and Caitlyn Jenner notwithstanding).

For years, advocates for gay and lesbian rights attempted to have government classifications based on sexual preference ruled as suspect.  Until recently, they lost on grounds that such preferences were not immutable. “Just get over it” was the backhand implication.

Although the Supreme Court deemphasized the equal protection basis for the decision it made, it nevertheless implicitly made it clear that it now understood that sexual preference is, indeed, an immutable characteristic.

Showing that the need for multiple spouses is similarly innate and unchangeable, rather than one based on religious preference or lifestyle choice, will likely prove difficult for someone longing to legalize his Big Love. At the very least don’t expect it to come too soon.

Less convincing, but nevertheless worth raising, is the administrative factor.

Establishing and maintaining a person’s right to health care, pensions, and inheritance on the basis of spousal status is difficult enough. As the Economist noted, extending such rights to multiple spouses would be a “fiscal nightmare.”

Could you imagine the expense of granting such privileges to someone with multiple spouses? Isn’t Social Security already under-funded? Think of the cost to employers who must provide health insurance to one man and his seven wives. Imagine the litigation costs for a male breadwinner who dies unexpectedly without a will and with multiple dependent wives. Are assets divided evenly or based on how many children each wife produced?

But as the Economist would likely concede, administrative burden may not be good enough to deny the polygamist their rights, were such deemed fundamental or their own characteristics immutable.  Perhaps a tax on polygamy, they suggest, would be more fair.

The final reason, raised not surprisingly by the Economist and a judge known for his use of law and economics in his opinions and writings, object to extension of these rights on grounds that polygamy creates a lot of bad consequences, what wonks refer to as “negative externalities.”

In economics speak, an externality is a side effect of an activity that impacts third persons (either positive or negative) and where such persons neither pay for the benefits or receive compensation for losses.

In societies where polygamy of the male-centric sort is practiced, the externality is a distortion of the marriage market (an economist’s term for romance). The persons most immediately affected are young males, who, with their potential girlfriends and wives joining the harem, find themselves lonely, and frustrated with excess energy to burn. It’s not hard to imagine the possible results (e.g., polygamy as kindling for jihadist rage!).

These and similar fears have been raised in the media and are even the subject of a formal and oft cited study.

Still, it is difficult to imagine that the legalization of polygamy in the US would result in rampant wife accumulation and resulting young buck disaffection. What is for sure though, is that if a polygamy case does get to the Supreme Court, there will no doubt be a huge debate over the externalities (both positive and negative) of the practice.

So, while it might be easy to pooh-pooh concerns over the seeds of polygamy planted in Obergefell, they are not necessarily easy to dismiss. Such would be far easier had the Supreme Court squarely rested its decision on equal protection.

This would have brought the immutability issue front and center to any future debate on the subject. But, for reasons not shared with us (or at least not me) the court did not. Its use of fundamental rights and equal protection to establish a right to marry has kept the road to polygamy open, at least for now. – Rappler.com

Daniel Fitzpatrick is US-trained lawyer who practiced in Washington, D.C. before heading overseas to work on legal and economic reform programs in Kazakhstan and elsewhere. He first came to the Philippines in 1999 to serve as a bankruptcy policy advisor to the SEC and has been here, more or less, since. He currently teaches commercial law topics at the San Beda Graduate School of Law.