Best argument vs same-sex marriage is a dangerous argument 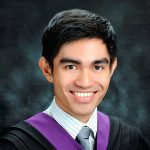 Oscar Tan dissected the case of Obergefell vs. Hodges, a US Supreme Court decision finding that it is unconstitutional for marriage to be limited to a man and a woman. He went on to say that most arguments against same-sex marriage are discredited but one remaining argument is the best – that the legalization of same-sex marriage should undergo a democratic process rather than unelected judges, quoting Chief Justice Roberts.

The argument that same-sex marriage should be decided by a democratic process such as the passing of a bill or a popular referendum is a weak argument because it creates a false dichotomy. A false dichotomy is an argument that falsely creates a distinction. Here, Chief Justice Roberts suggests that when the Supreme Court, a group of unelected justices, decides whether or not the prohibition against same-sex marriage is unconstitutional, their decision as a court is undemocratic while the decision of the legislature is democratic. That is false.

US Supreme Court Justice Robert Jackson once famously said, “The very purpose of a Bill of Rights was to withdraw certain subjects from the vicissitudes of political controversy, to place them beyond the reach of majorities and officials and to establish them as legal principles to be applied by the courts. One’s right to life, liberty, and property, to free speech, a free press, freedom of worship and assembly, and other fundamental rights may not be submitted to vote; they depend on the outcome of no elections.”

And so the act of the US Supreme Court in striking down laws prohibiting same-sex marriage is as democratic as the passing of a law. The United States is not a democracy. It is a constitutional democracy.

The people provided a Bill of Rights not just a limitation on the powers of government but as a self-imposed limitation on what they can do to prevent a tyranny of the majority. No law can be passed allowing the torture of terrorists or communists, even if the majority wanted it (well, until they change the Constitution they can’t).

Another concern that Oscar Tan cited is the dissent of Justice Scalia, who railed against the majority for declaring a radical unwritten right. How radical is it to follow the Constitution?

The US Constitution has long said that no person shall be denied equal protection of the laws. Further, Justice Scalia had no problem declaring a radical unwritten right in the case of Citizens United vs. Federal Election Commission, where he along with the majority declared that corporations have a right to freedom of speech. Nowhere in their Constitution does it state such thing, but they declared it. That is the same with the right to privacy, which covers the right to choose who you want to marry regardless of sex or gender. While the right to privacy is unwritten, it is neither radical nor is it unreasonable to declare that there is such a right.

The best argument against same-sex marriage is a dangerous argument because it would weaken the guarantees of a constitutional democracy.

If Oscar Tan agrees that the denial of marriage to same-sex couples violates the equal protection clause, the due process clause, and the right to privacy, there are no ifs and buts about it except for the US Supreme Court to allow same-sex marriage.

Ending all debates by court order is proper if the other side of the debate deprives individuals of their fundamental rights and human dignity. Is it really up for debate that LGBTs are human beings who can consent to marry and love another person? – Rappler.com

Jesus Nicardo M. Falcis III is a full-time lecturer at the Far Eastern University. He filed a petition with the Supreme Court in May, asking the Tribunal to allow same-sex marriage in the Philippines.