Jul 22, 2015 11:45 AM PHT
Facebook Twitter Copy URL
Copied
The solution to the problem of corruption carried the seed of the next problem: the zeal for good governance complicated the work of government unnecessarily 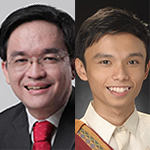 In May 2015, the Philippine Statistics Authority (PSA) released information on the Philippines’ economic performance for the first quarter of the year. The Gross Domestic Product (GDP) growth of 5.2 percent was viewed by many analysts, government decision-makers and the market as lower than their expectations.

The slowing down of GDP growth started last year with growth targets being missed, reportedly on account of weak government spending, especially after the government suffered setbacks on the legal front, with the Supreme Court deciding to rule against the Priority Development Assistance Fund (PDAF) in the end of 2013 as well as the Disbursement Acceleration Program (DAP) a semester later.

The PDAF, initiated in 1990 as the Countrywide Development Fund (CDF), allowed legislators to recommend funding of small-scale infrastructure or community projects which fell outside the scope of the regular national infrastructure program, which was often restricted to large infrastructure items. In the past, the Supreme Court upheld the system’s constitutionality, but the PDAF subsequently made the identification of a lawmaker’s project “mandatory” rather than “recommendatory.” There was heightened interest for its abolition with an alleged misuse of at least P6 billion worth of lawmakers’ discretionary funds sparked massive protests to abolish the system.

The DAP, on the other hand, was initiated in October 2011 by the current government to transfer savings and unused funds from “slow-disbursing” programs of one department to fast-moving projects of another. In this case, the Supreme Court declared portions of the DAP as unconstitutional, namely, the creation of savings prior to the end of the fiscal year and the withdrawal of these funds for implementing agencies; the cross-border transfers of the savings from one department to another; and the allotment of funds for projects, activities, and programs not outlined in the General Appropriations Act.

The DAP, though different from PDAF, was meant to address government under-spending, but it got lumped in the public eye with the PDAF as an “excess.”

An examination of data on public expenditures across quarters of 2010 up to the first quarter of 2015 (see Figure 1), would show seasonality in government expenditures.

Public spending tends to be highest every year during the second quarter. In addition, it is easy to observe a generally increasing trend across the years. 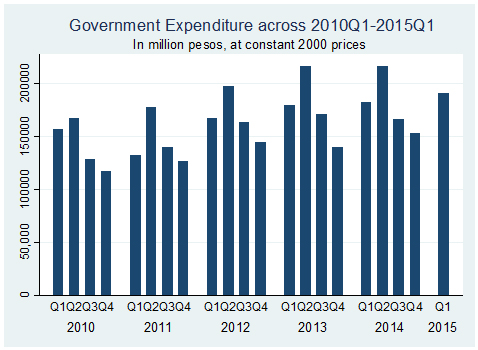 When the Aquino administration came into power in the second quarter of 2012, it made increased transparency and accountability, including tighter enforcement, its mantra.

However, this led to a slowing down of the use of public funds, putting growth at negative levels in their first three quarters of leadership (with a peaked negative growth in the first quarter of 2011). The Aquino administration made adjustments in its ways of doing things and eventually managed to have growth in real government spending at positive rates in 14 out of 19 quarters.

Over 10 percent year-on-year quarterly growth rates for government spending is observed in all quarters of 2012 (peaking in the first quarter of 2012), beyond doubt a result of the DAP. However, after the Supreme Court rulings on the PDAF and on the DAP, state spending clearly started to go down, decelerating to negative 2.8 percent growth in the last quarter of 2013. Public spending appears not to have picked up.

While the drive against corruption, and the increased framework for transparency and accountability have undoubtedly helped the country win credit rating upgrades, and some greater foreign investments, there is concern that this zeal for good governance may have undermined efforts for improved government spending and economic performance.

The solution to the problem of corruption especially in the past administration carried the seed of the next problem: the zeal for good governance complicated the work of government unnecessarily.

Instead of addressing issues that are most pressing for Filipinos, government agencies have to keep defending themselves in the public arena. With more “accountability” expected (i.e. particularly punishments for mistakes made), those involved in releasing budgets are undeniably getting too timid to spend because of fears of the dreaded reports of the Commission on Audit (COA), and the repercussions of having disallowances when one retires.

The late Professor Angeles Buenaventura, former Dean of the then Statistics Center at UP Diliman, once pointed out “COA rules are meant to run after the 5 percent engaged in crime, but the 95 percent suffer, and the 5 percent still manage to get away.” 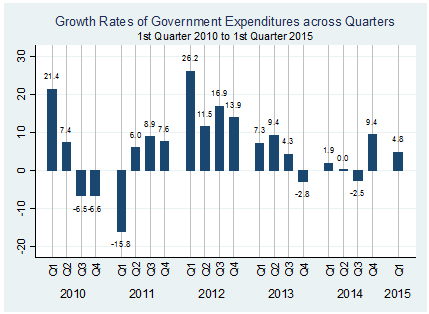 Secretary Florencio “Butch” Abad of the Department of Budget and Management (DBM) suggested that there are structural weaknesses in the bureaucracy “which were getting in the way of efficient spending” and accounting for 42 percent of unutilized funds in government.

Of the 2014 budget, 13 percent (or around P303 billion) was unspent. Government agencies seem unable to fully absorb available funds that are within and beyond their control, especially in infrastructure and capital outlay. While the DBM and Congress have been very supportive of budgets proposed by government agencies (in both the budget preparation and budget legislation phases of the government budget cycle), there has been a lack of absorption capacity among the government agencies for utilizing these funds. While budget allotments have been prepared and released much earlier than previous governments, utilization of government budgets has been reportedly weak.

This, however, is actually not a new problem. The country’s foremost public finance expert, Rosario “Chat” Manasan of the Philippine Institute for Development Studies, has written about this even as far back as more than a decade ago in the context of infrastructure.

Manasan has also provided very detailed recommendations on improving bidding and procurement processes, management information systems, monitoring and evaluation systems for projects and programs, institutional strength (not only in the DBM, but in the government agencies themselves to improve internal control), to name a few. 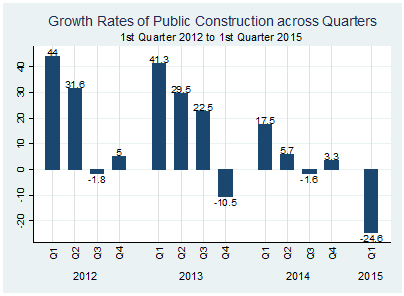 The decreasing budget utilization for public construction has direct repercussions on the infrastructure conditions of the country. If the government persists in spending little for construction, there is little hope for addressing the lack of mass transport system and public highways that make living and working in Metro Manila very challenging. Infrastructure planning and execution is jammed, just like the thousands of daily commuters and private vehicle owners in the Metro as they travel to school or work.

Moreover, implementation of projects, especially on infrastructure, are clearly being slowed down also by judicial action ( temporary restraining orders on government projects with the private sector under the Public-Private Partnership) as well as some internal control processes (on procurement especially) within government agencies.

Beyond budget execution, government may however need to re-examine the preparation, legislation, and the accountability processes of the entire budget cycle.

Should DBM be focusing only on its budgetary role, or can it improve its management mandate (given that many DBM staff are accountants by profession)? 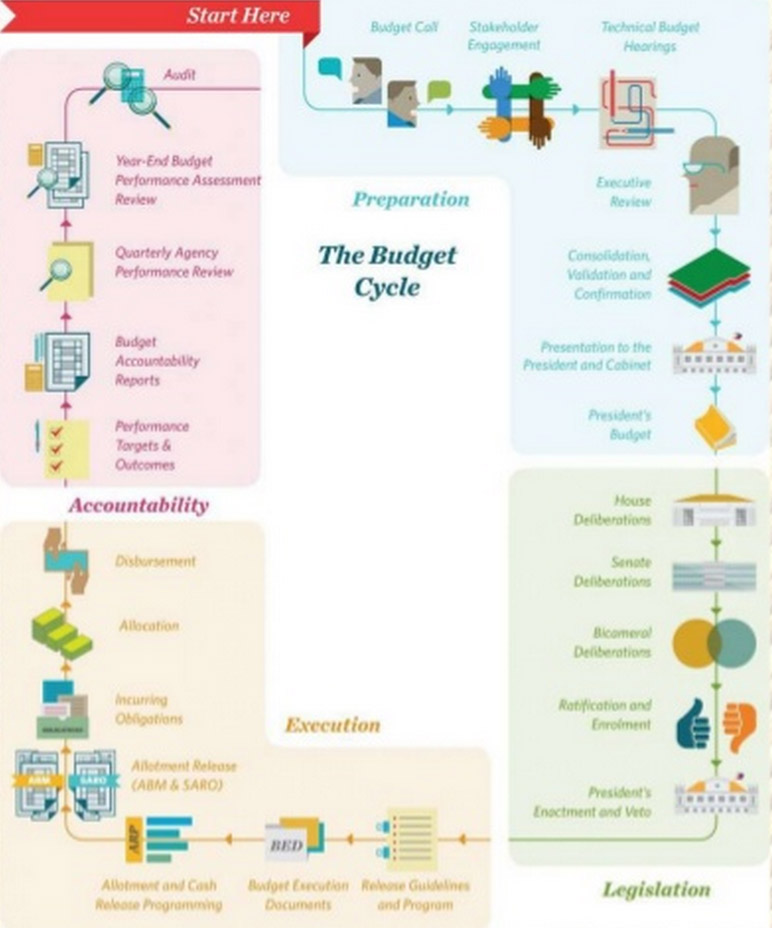 One of the writers of this article has worked in government for more than one and a half decade. When he was hired in 1999 as a junior manager at a government agency that had a very small number of personnel (the then Statistical Research and Training Center), he lobbied for better budgets both within the agency and outside the agency. He lamented how an agency that was mandated to conduct statistical research and statistical training activities was being given very limited funds even for the regular purchase of knowledge materials and equipment to actually conduct research and training.

At that time, he was informed about constraints on proposing improved budgetary outlays (so called “budget ceilings”) due to weak government resources. Occasionally he had to join meetings on the agency budget proposal at DBM, and deliberations at Congress on the budget (which sometimes took until wee hours of the morning). He noticed though that these budget deliberations were typically not even about the actual budget proposals per se. Hours appeared to have been wasted bringing government officials for these meetings.

In 2007 he moved to the Philippine Institute for Development Studies (PIDS), where he did not have to be directly involved in budgetary processes until he was seconded to head the now defunct National Statistical Coordination Board (NSCB) in October 2012. At the NSCB, he faced hurdles delivering the major deliverables of the agency given the limited number of technical personnel and the DBM controls on hiring new permanent staff.

As head of agency, he had to join other heads of government agencies during budget deliberations in both the House of Representatives and the Senate. Although he was most thankful that the DBM and Congress appeared to be very supportive of the agency he headed, he observed that there were too many constraints in the entire budgetary process that do not allow government agencies to maximize the funds made available. He is glad to be relieved of responsibilities as there continue are bottlenecks at both the agencies and at DBM in spending budgets more efficiently.

Take the case of the PSA, an agency established in 2013 that consolidated staff of the NSCB with those of the National Statistics Office and two other statistics agencies. Even two years after its establishment, the PSA had yet to get an official nod from DBM on their proposed staffing patterns, despite having given this to the DBM. This delay in the staffing pattern approval clearly prevents PSA staff who would like to retire from getting their due incentives, and from hiring new staff to beef up the PSA’s institutional capacity to deliver its mandate. It would not be surprising if the PSA’s fund utilization is among the lowest within agencies of the National Economic and Development Authority.

Government agencies also have internal bottlenecks not only in procurement and hiring processes, but also throughout many of their administrative processes.

How long does it take agencies to pay salaries and wages of their non-permanent staff (job orders), whose services are provided from Maintenance and other Operating Agencies? These staffs on job orders also help agencies in delivering major final outputs, and yet they are treated as second class citizens, having to wait their turn, sometimes months just to get their wages. What people across government, whether from the courts, to the executive and to the legislative branches, need to have beyond a framework of accountability is a sense of urgency.

If government does not develop plans to improve the MRT, the airports, the traffic, the slow and expensive wi-fi, and spend efficiently in executing these plans, how can we truly sustain and accelerate economic performance?

How can government agencies ask for improved budgets next year when they have shown that they cannot even spend their current budgets (that supposedly were mostly released to them already at the first quarter of the year)? While much of the economic engine is private sector driven, government will clearly need to do better, much better in planning and execution.

There are already risks in China’s economy that may spell problems for the entire global economy’s outlook. We need government and the private sector to keep investing in this country, and with a sense of urgency.

And the leader we choose in 2016 will clearly need to provide solutions to our problems, so choose wisely, as we will get stuck with the next president for six years. This six-year period will be too short for a good president, but too long for a bad one. – Rappler.com

Dr. Jose Ramon “Toots” Albert is a professional statistician who holds a PhD in Statistics from the State University of New York at Stony Brook. He is a Senior Research Fellow of the government’s think tank Philippine Institute for Development Studies (PIDS), and the president of the country’s professional society of data producers, users and analysts, the Philippine Statistical Association, Inc. for 2014-2015. From October 2012 to February 2014, he was seconded to the now defunct National Statistical Coordination Board (NSCB) as the NSCB Secretary General.

Martin Joseph M. Raymundo is a Research Analyst at the Philippine Institute for Development Studies (PIDS).