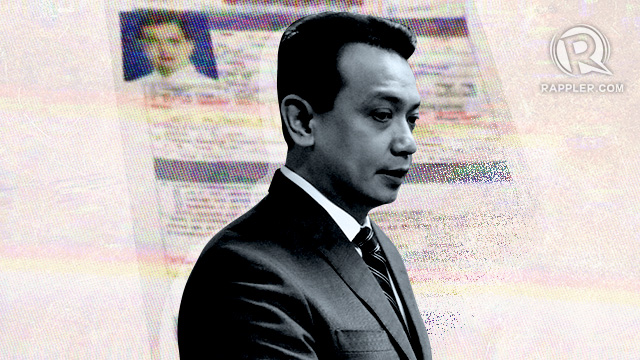 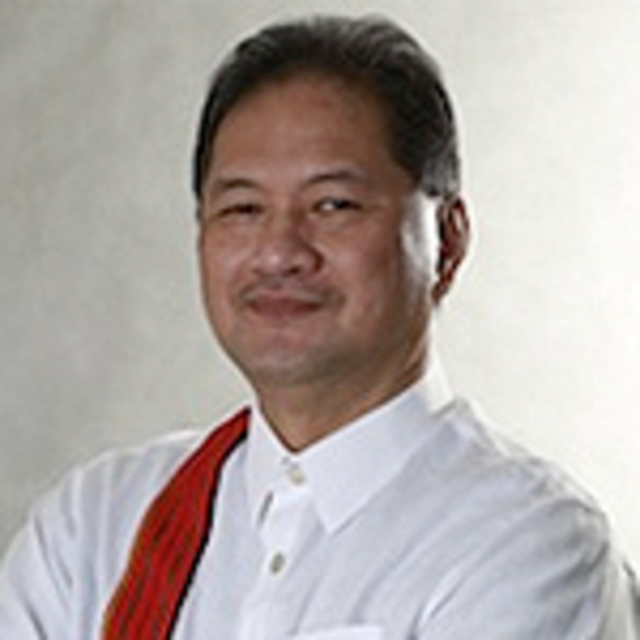 Proclamation No. 75 was issued by former president Noynoy Aquino granting amnesty to active and former military personnel who participated in the Oakwood mutiny, the Marines standoff and the Peninsula Manila Hotel incident. It was concurred in by the majority of all the members of Congress and on the basis of this proclamation, the Department of National Defense (DND) created an ad hoc committee to process amnesty applications.

According to Senator Antonio Trillanes IV, he applied with the ad hoc committee on 5 January 2011, using for the purpose the forms prescribed by the said committee and swore to it in accordance with its rules. His application was subsequently recommended for approval through a  letter dated 25 January 2011 and sent by then defense secretary Voltaire Gazmin to then president Aqiuno.

Gazmin endorsed and approved the applications for amnesty of  38 officers and 53 enlisted personnel, indicating that no opposition to the amnesty applications was received by the DND.

Eight years late, Proclamation No 572 is issued to void Trillanes’ grant of amnesty on the ground that the senator supposedly failed to comply with two requirements for the granting of amnesty: (1) application for amnesty and (2) admission of guilt. His supposed failure to file an application, containing the required admission of guilt, is the basis of President Duterte’s proclamation.

In this controversy, what is at stake is not only the process of granting amnesties and well-settled evidentiary rules but the very concept of amnesty itself as a  tool of national reconciliation.

Not a void amnesty

The case of Trillanes is one of first impression. Never before has an amnesty proclamation been voided unilaterally by a seating president.

However, knowing the rules and jurisprudence on amnesty is not rocket science.

Suffice it to say, for example, that except during the American period, the power to grant amnesty has always been expressly provided for as a power shared by both the executive and the legislative branches of government.

Is the President then authorized to invalidate an amnesty grant unilaterally and by a mere stroke of a pen by the executive without the participation of Congress and without a declaration by the courts?

As to the argument that the amnesty to the Magdalo group is void because it was signed only by Secretary Gazmin, this assertion falls against the practice of all previous administrations where the processing and approval of amnesty applications have in fact been delegated to committees or to designated officials.

Malacañang seems to confuse the proclamation of the  amnesty, which only the President can issue with the concurrence of the Congress, and the approval of applications availing of the amnesty which has always been delegated. Besides, Proclamation No. 527 did not include this as a ground for annulling the Trillanes amnesty and both the trial courts and the Supreme Court should disregard this argument.

As to admitting guilt, the case of Barriquinto v. Fernandez decided by the Supreme Court in 1949 can be informative.

In that case the Supreme Court opined that “In order to entitle a person to the benefits of the Amnesty Proclamation of September 7, 1946, it is not necessary that he should, as a condition precedent or sine qua non, admit having committed the criminal act or offense with which he is charged and allege the amnesty as a defense; it is sufficient that the evidence either of the complainant or the accused, shows that the offense committed comes within the terms of said Amnesty Proclamation. Hence, it is not correct to say that "invocation of the benefits of amnesty is in the nature of a plea of confession and avoidance."

In any case, the amnesty application that the Magdalo soldiers signed and submitted did contain specific admissions of guilt.

In issuing a warrant of arrest against Senator Trillanes, Judge Elmo Alameda of Makati Regional Trial Court (RTC) Branch 150, said that his failure to produce an original copy or “even a photocopy” of Senator Trillanes' actual amnesty application form is sufficient basis to say he really failed to file it.

This controversial ruling disregarded the affidavits submitted by the respondent attesting to the fact that he indeed filed an application. Particularly, former defense amnesty panel chair Honorio Azcueta and head of secretariat Josefa Berbigal submitted sworn affidavits to this effect, with the latter stating that she personally received Trillanes’ amnesty application on 5 January 2011.

In rejecting these affidavits, Judge Alameda reasoned that Berbigal’s affidavit and similar supporting affidavits are “substitute documents” that are “barren of probative weight.”

"When the original document has been lost or destroyed, or cannot be produced in court, the offeror, upon proof of its execution or existence and the cause of its unavailability without bad faith on his part, may prove its contents by a copy, or by a recital of its contents in some authentic document, or by the testimony of witnesses in the order stated."

This rule clearly applies to circumstances obtaining in the Trillanes case.

The presentation of secondary evidence specifically, the affidavit of Berbigal, is obviously justified given that the original  copy of the application or a photocopy is missing and cannot be located. Most people do not keeps applications for official documents.

If one is asked to prove your date of birth or your marriage, a person submits a birth or marriage certificate and not the applications for those documents. The government keeps custody of those documents and should be held accountable when they are lost (in fact, applications are routinely archived and even destroyed after a period of time as they are not essential documents).

Armed Forces of the Philippines chief of staff Carlito Galvez Jr himself acknowledged that Trillanes had applied for amnesty and that it has been properly processes. Equally important, General Galvez took responsibility for the loss of the application, which he attributed to lapses within the organization.

The future of amnesty

In a scholarly and brilliant treatise on amnesty published in the 1990s in the Philippine Law Journal, Professor Alberto Muyot, my colleague in the University of the Philippines College of Law, discusses the concept of amnesty in the context of Philippine political experience.

According to him, in the many instances that amnesty has been proclaimed in the country since the American period up to the present, it would seem to indicate that amnesty is considered an important and useful tool in the political system, used either to forge unity among the people, or as in the case of the Marcos proclamations, to be used as a counter-insurgency measure, intended to divide the ranks of the rebel groups.

He explains the effect of amnesty, saying that class or classes of persons accused of certain offenses against the State granted an amnesty is deemed to constitute an act of oblivion, obliterating not just the penalty but the offense itself.

It negates the very purpose for which an amnesty is granted. If done, any amnesty proclamation cannot be trusted anymore. It will be seen as a Damocles sword hovering over the heads of rebels or dissidents who want to return to the fold of law.

After all, it can be voided by a hostile admininstration at any time, and cases previously dismissed can then be resurrected.

One can only hope the judiciary, through RTC Judge Andres Soriano and eventually through the Supreme Court, draw the line here and save the country from a future without the possibility of peace and national reconciliation. – Rappler.com