[ANALYSIS] In the front lines of the climate emergency There is no doubt about what Luzon has been experiencing in the last few weeks – the full fury of the global climate emergency. One after another, Quinta, Rolly, Siony, Tonyo, and Ulysses devastated parts of Luzon, the biggest island of the Philippines. Both rain and wind combined to kill and destroy. And this is not yet the end, with 4 more typhoons expected to come before the end of the year.

It will get worse in the years to come. This is the conclusion by the Intergovernmental Panel on Climate Change, the world’s preeminent scientific body on climate change, in its 2018 report entitled “Global Warming of 1.5°C. An IPCC Special Report on the impacts of global warming of 1.5°C above pre-industrial levels and related global greenhouse gas emission pathways, in the context of strengthening the global response to the threat of climate change, sustainable development, and efforts to eradicate poverty.”

Last year, I wrote a series of columns on that report and reiterate some of my observations in this two-part article.

The report points out that we have only until 2030 to transform the global economy to avoid the worst impacts of climate change by 2050. This is very different from when I did a law dissertation on the subject for Yale Law School in the early 1990 when the science was much more uncertain and the projections of the worst scenarios were for the end of the 21st century or 2200 and thereabouts.

Of course between the 1990s and the 2010s, we have seen how the early science has underestimated in terms of timing and severity the arrival of the impacts of climate change. In the 1990s, whenever I talked about climate change, I always mentioned how one day typhoons like Yolanda, Pablo, Sendong, Ondoy, etc. could devastate our islands and cities. But in my first presentations, because of the scientific information available then, I always said these storms were like to happen later in the 21st century or early in the 22nd century. I was a hundred years off in my projection.

As the Acting Executive Director of the Manila Observatory, working with the best climate scientists of South East Asia, I know now that the impacts of climate change are upon us.

Nowadays, in my climate change lectures, I point to our vulnerable cities, foremost of which are those in the Manila Bay region. I tell my usually younger audiences that I will not be surprised if within their lifetimes, they would have to deal with major storm surges that threaten the reclaimed areas and Manila’s historic sites. When I give my usual lecture to our young diplomats undergoing training as cadets at the Foreign Service Institute, I ask them to imagine themselves or their colleageues one day trapped  by floods and/or storm surges, exacerbated by sea level rise in the old Department of Foreign Affairs building in Roxs Boulevard.

In the context of the threat of climate change, all the efforts of Mayor Isko Moreno to revive the glory of Old Manila will come to naught. Certainly, all proposed reclamation projects in the region should be abandoned as they will increase the threat for all of us. 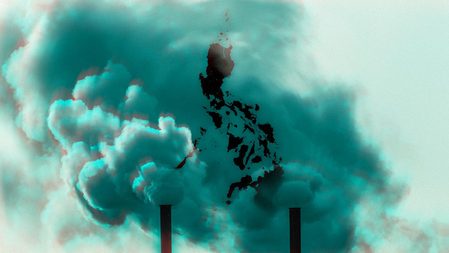 Time to declare a climate emergency

Given the magnitude of the climate change impacts we are facing, it is time now to declare a climate emergency. The global community should do this. The Philippine government, through a joint resolution by the Senate and House of Representatives must do this, too. The cities of Metro Manila and  all the cities and provinces of the Philippines must also do this through their respective Sanggunians.

The threat is not only to people, but to all life. Climate change, as pinned down by the recently released Global Assessment Report on Biodiversity and Ecosystem Services by the Intergovernmental Science-Policy Platform on Biodiversity and Ecosystem Services (IPBES), accelerates the destruction of ecosystems and the extinction of species. In that assessment, the authors conclude that a million species face extinction and rank 5 direct drivers of that, with climate change as the third biggest culprit – following changes in land and sea use, and the direct exploitation of organisms – and is ranked higher than pollution and invasive alien species.

Time is running out to address the climate emergency, but actions being done are not commensurate to what has to be done. As pointed out by Jane Morton in Don’t Mention the Emergency: Making the Case for Emergency Climate Action, this is because “vested interests are running the biggest disinformation campaign in history.” Fossil fuel, mainly oil and coal interests, unfortunately have “a corrupting influence on politicians and the media and are prepared to spend millions of dollars to block action.” I always end my talks on climate change with a message of hope. But I agree that such hope must be grounded in the courage to change things. Without courage, hope is false.

I agree with Hans Schellnhuber, founding director of the Potsdam Institute for Climate Impact, who points out that humanity is “now reaching the end-game.” Morton is right: “There is now not enough time for a long debate about whether the current climate trajectory is an emergency or can be addressed with gradual change. The forecasts are compelling and the scenarios are devastating. It’s time to move straight to the most important question of our times: how to restore a safe climate at emergency speed.”

We are in the front lines of the global climate emergency. We must implement the necessary policies and measures to respond to this crisis. – Rappler.com