[ANALYSIS] What will a Biden presidency bring to China, Manila, and the Asia Pacific? 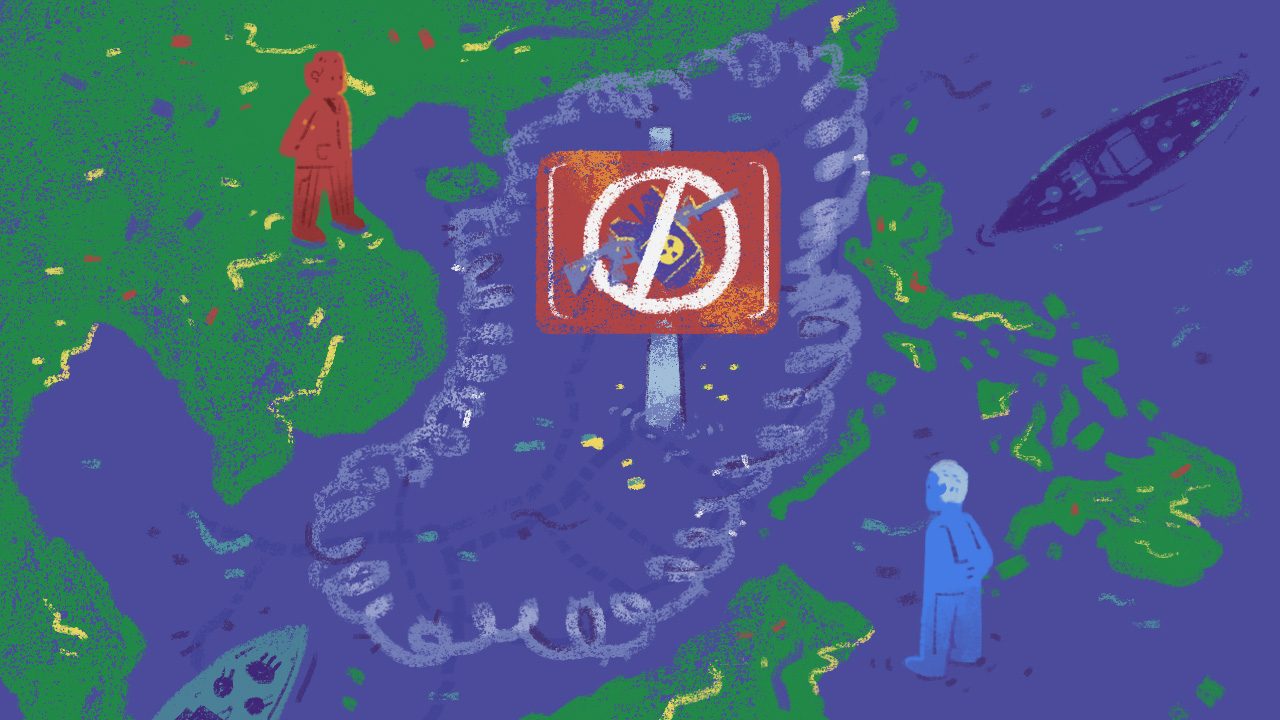 Assuming Joe Biden will take the reins of the presidency on January 20, 2021 – and that is a big “if” at this point – what will his likely policies toward the Asia Pacific region look like?

The Biden administration will drop the trade war…

It is unlikely that Joe Biden will continue the trade war with China.  That would simply be too destabilizing for everyone. Not only is the US greatly dependent on China for so many of its industrial imports, but so many countries are dependent on China as a market for their exports. This is not only for raw materials and agricultural goods, as in the case of Africa and Latin America, respectively, but also industrial goods, as in the case of Southeast Asia, which manufactures components that are shipped to China, assembled there, then sent to the US, Europe, and everywhere else.

However, it is important to point out that the Biden group shares the Trump people’s view of China as the US’s main strategic competitor. Their negative views on China’s industrial policy are not that much different from those found in that 2017 White House report on the crisis of US manufacturing authored by Trump adviser Peter Navarro. They share the same view that China is advancing by poaching US intellectual property and are prepared to take measures to prevent China from gaining a technological edge.

In this connection, one must realize that it was not Trump that designated China as the US’s main competitor. That process started with George W. Bush Jr, under whom China was re-designated from being a “strategic partner” to being a “strategic competitor.” Bush Jr, however, did not follow through with concrete anti-China policies since he wanted to cultivate China as an ally in the so-called War on Terror. But Obama did, on the strategic front, with his “Pivot to Asia,” where the bulk of US naval forces were repositioned to “contain” China. In a way, one can say that Trump merely radicalized Obama’s posture toward China.

Continuity in military strategy from Trump to Biden

Moreover, there is an institutional presence in the region that has remained very consistent through various presidents, Republican or Democrat, and that is the US military. The military plays a much, much bigger role in formulating policy in the Asia Pacific than in other parts of the world. Even as US corporations embraced China because it offered cheap labor that enhanced their profitability, the Pentagon was always skeptical of better relations with Beijing and it led in developing the opposite view of China as a strategic rival.

It must be pointed out that the operative warfighting doctrine of the Pentagon is AirSea Battle, and it is clear that China is the “enemy” and the overriding objective here is, in case of war, penetrating the A2/AD (Anti-Access/Area Denial) defenses of China in order to deliver a lethal blow on the latter’s industrial infrastructure in southeastern China.

Under Trump, two major moves favored by the Pentagon were made: the installation in South Korea of an anti-missile defense system (THAAD) directed at both China and North Korea, and the redeployment in the Asia Pacific of intermediate range nuclear missiles aimed at China after the US withdrew from the INF (Intermediate Range Nuclear Forces) Treaty in 2019.

The Pentagon defines China as a “near peer competitor,” but it knows it is far from being one. The US outspends China 3 to one, some $650 billion to $250 billion (as of 2018). China has only some 260 nuclear warheads, compared to the US’ 5,400, and its ICBMs (intercontinental ballistic missiles) are dated, though they are undergoing modernization. China’s offensive naval capability is minuscule compared to the US’; it has two Soviet era aircraft carriers, while the US has 11 carrier task force groups and has introduced the state-of-the-art carrier, the USS Gerald Ford. China has only one overseas base – and this is in Djibouti in the Middle East – while the US has hundreds of bases and installations surrounding China – in Japan, South Korea, and the Philippines – and a mobile floating base in the form of the Seventh Fleet that dominates the South China Sea. Even if it chooses to challenge the US militarily – which is a big “if” – Beijing won’t be able to significantly do so until after a few more decades.

The Pentagon’s grand strategic objective, which will be unchanged under a Biden administration, will be to halt China way before it reaches strategic parity.

Given this, the South China Sea/West Philippine Sea will continue to be a site of intense naval confrontation between China and the US, and between China with the ASEAN countries whose just claims to exclusive economic zones and territories Beijing has ignored. Vietnamese officials, for instance, have been very vocal about their fears that the level of tension is such that a mere ship collision can escalate into a higher form of conflict, like a limited conventional war since there are no rules or understandings that govern military relationships except a volatile balance of power; and everyone knows what volatile balance of power situations can lead to, the European balance before World War I being a worrisome lesson in this regard.

In this connection, demilitarization and denuclearization of the South China Sea are the real answer to the escalation of tensions in the area, and ASEAN governments and civil society should be pushing this alternative more energetically. It is, however, unlikely that as of now, China or the US under Biden would be open to this alternative.

A return to the Cold War in the Korean Peninsula?

In terms of differences between Trump and Biden, one of the things that must be acknowledged is that, whatever may have been his motives, Trump did contribute to ending the state of Cold War in the Korean peninsula, though he could have done more. Tensions have eased, and the people of all of Korea are the beneficiaries. Biden, however, was a Cold Warrior when it came to Korea while he was vice president and there are worries that under Biden, there will be a return to the status quo ante of knife edge confrontation that marked relations between North Korea and both Democratic and Republican administrations before Trump.

The status of both South Korea and Japan as US satellites will be unchanged under a Biden presidency. They really have no choice, being militarily occupied countries. With Japan hosting 25 major US military bases and Korea 15, plus scores of smaller military installations, these two countries serve as the Pentagon’s principal springboard for the containment of China.

Human rights and US diplomacy towards Kim, Xi, and Duterte

Certainly, Washington will pick up the cudgel of human rights against North Korea’s Kim Jong Un, which it had dropped totally under Trump. Also, human rights will occupy a more central place in Biden’s approach towards China than it did under Trump, though owing to Xi’s extreme sensitivity on this issue and his need for the Chinese leader’s cooperation to shore up his legitimacy, Biden will probably emphasize this less compared to his economic and military postures towards Beijing. Biden will also probably mention human rights vis-à-vis Duterte in the Philippines, though Duterte’s early congratulations to Biden, Biden’s need for support from foreign leaders for his legitimacy, and Duterte’s continuing threat to abrogate the US-Philippine Visiting Forces Agreement, may induce the president-elect to bring down the volume of the human rights loudspeaker several decibels lower than during Obama’s time.

Parenthetically, human rights is an extremely important advocacy, and international civil society and the United Nations should promote it more aggressively. The problem is that when the US uses it, it is instrumentalized as the “soft power” part of Washington’s foreign policy repertoire aimed at advancing its economic and strategic interests. And it is seen as extremely hypocritical by people around the world since there are so many egregious human rights violations in the US, like the systematic repression of Black people. Human rights advocacy is only effective if the one advocating it has the moral high ground. The US no longer has that (though it is questionable if it ever really did), though one suspects Biden and his people have a blind spot when it comes to this. All these projections are, as mentioned at the beginning of this essay, based on one fragile assumption – that Biden will be able to succeed Trump. The mood in the US today is, let’s face it, one of civil war, and it may only be a matter of time before this mood is translated into something more threatening, more ugly. Indeed, even if Biden takes office, it is hard to imagine how any administration can conduct any kind of foreign policy under such conditions of deeply divided legitimacy, where unrestricted political warfare is waged over every significant issue, domestic or foreign.  Of course, the CIA and Pentagon bureaucracies will continue to function as per their DNA, but contrary to Trumpist claims about the independent dynamics of the “deep state,” political leadership matters, and matters greatly.

For the rest of the world, it is a big question mark if a US so deeply preoccupied with itself that it cannot conduct a coherent foreign policy is a plus or a minus. That is, however, a topic for another essay. – Rappler.com

Walden Bello is co-chair of the Board of the Bangkok-based think tank Focus on the Global South and Adjunct Professor of Sociology at the State University of New York at Binghamton. Among the latest Focus reports he has authored are Trump and the Asia Pacific: The Persistence of US Unilateralism (2020).