[ANALYSIS] Why China is a 21st century social imperialist power 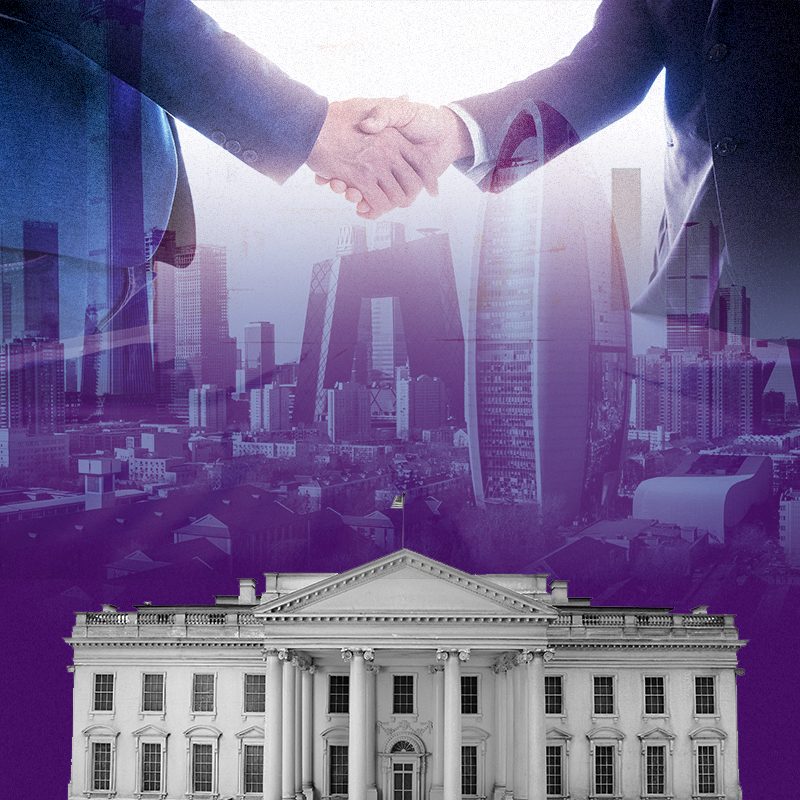 The United States has now designated China as its “most serious competitor,” with “growing ambitions” to directly contest America’s long-held but declining superpower status. With the new White House regime classifying its rival in such terms, Washington only sharpens its foreign policy attitude toward Beijing. Yet, for over two decades China’s fast-ascending global power standing has been described by the world’s media and international relations think tanks as either a “great power,” an “emerging global power,” or a “rising hegemon.” China may be all of these, and still some more.

In the Asia Power Index 2020 released in mid-October last year, the Lowy Institute for International Policy, a pro-US foreign policy think tank in Australia, categorized China as a “superpower.” This annual regional survey, which ranks “the relative power of states in Asia,” studied 26 countries across the Asia-Indo-Pacific expanse and analyzed each country’s “comprehensive power” across eight basic “thematic measures of power,” namely: economic capability, military capability, resilience, future resources, economic relationships, defense networks, diplomatic influence, and cultural influence. The study concluded that China is a superpower and “remains in second place behind the US for military capability and cultural influence.”

Likewise, the Lowy Institute’s report indicated that Beijing suffered a slight economic drop largely due to “setbacks in connectivity and technology, amid escalating great power competition” with America. Nonetheless, the survey assessed that China was “among the first economies to recover from the economic impact of the coronavirus pandemic,” and that the country’s “power gap is ahead of that of the United States.”

Additionally, the International Monetary Fund’s (IMF) January 2021 World Economic Outlook projected China’s economy to grow 8.1% (in real GDP terms) by the end of this year. In stark contrast, the IMF projected that the US economy will only grow 5.1% for 2021, while global growth will be at 5.5% for the same period.

Relatedly, an October 2020 article in the reactionary foreign affairs magazine The National Interest asserted that China’s economy has already “displaced the US to become the largest economy in the world.” This article also stressed that both the IMF and the Central Intelligence Agency (CIA) shared the same estimation, showing that “China’s economy is one-sixth larger than America’s ($24.2 trillion versus the US’s $20.8 trillion).”

However, we also need to recognize another widely growing assessment of China from an anti-capitalist perspective. There are now significant currents, tendencies, and sections of the international working-class movement, belonging to the socialist camp, which primarily maintain a distinct but highly principled worldview in relating to China. This is an important aspect to acknowledge within the context of international affairs, simply because the majority of the world’s population comprises the working masses. And since the latter’s combined social-political base reflects a massive force for transformation on a worldwide scale, the bourgeois global order will always remain threatened by resistance from this bloc of progressives.

Hence, from this standpoint, which supports the proletariat’s struggle to change the capitalist system, the People’s Republic of China (PRC) — which continues to be led by the Communist Party of China (CPC) — should be recognized as a “social imperialist power.” This term, which was defined by Lenin as “socialists in words and imperialists in deeds,” was once ironically employed by the CPC during its conflict with the former Communist Party of the Soviet Union (CPSU) over half a century ago.

Viewing the PRC as a social imperialist power in any analysis will place China in the same camp as its US imperialist rival. Moreover, this situates the socialist camp exactly opposite from its contenders in Washington and Beijing.

Truly, the PRC has had phenomenally steady economic growth since 1978, when the CPC launched the first phase of its capitalist restoration process just two years after Chairman Mao Zedong’s death. Following the CPC’s 12th National Congress in August 1977, China pivoted to capitalism after joining both the IMF and the World Bank in 1980. In September 1982, these steps were strengthened after the CPC’s 13th National Congress decided on a totally revisionist agenda, placing bourgeois politics in command of the economy.

Thereafter, the CPC leadership broke the country’s working class away from having “guaranteed jobs for life,” while China’s economy was still guided by a State-planned economic framework. Throughout this starting phase, China reintroduced the rule of the law of value to boost the profit-motive for economic growth. And by doing so, the PRC replaced its socialist economic orientation of production-for-use to that of production-for-exchange.

In 1992, the CPC embarked upon a second phase of stronger bourgeois-oriented economic reforms, especially after its 14th National Congress resolved to solidify China’s state-capitalism under the banner of “Building Socialism with Chinese Characteristics.” These added “capitalist roader” deviations further destroyed China’s proletarian base, and unleashed even greater contradictions, thanks to the “new bourgeoisie” entrenched in the Party-State nexus.

During its 15th National Congress in September 1997, the Party decided to transform Chinese state-owned enterprises (SOE) into profit-driven firms.  As a result, nearly all public companies were refitted along capitalist lines to fast-track China’s global competitiveness. The devastating consequence, however, was that many historic working-class gains were wiped out almost overnight. In fact, between 1998 and 2002, it was estimated that more than 25 million Chinese workers had lost their jobs inside China’s state-capitalist apparatus.

Definitely, all of these measures turned China into a highly formidable state-capitalist entity. But the broader outcome of this process was that the Party had refashioned the State into becoming a 21st century social imperialist power.

a) the public sector’s transformation from state-monopoly capitalism into private monopoly;
b) the new state-capitalist bourgeoisie having a dominant position within the Party-State process, ensuring unified control over industrial and bank capital;
c) the PRC becoming a net capital exporting country in 2014 through its supranational financial giant, the Asian Infrastructure Investment Bank (AIIB), able export up to $1.2 billion in major overseas direct investments (ODI) starting in 2016;
d) Beijing-led regional and transregional monopoly projects, like the AIIB, the Regional Comprehensive Economic Partnership (RCEP), and the Belt and Road Initiative (BRI), all aimed at enhancing external market-access objectives;
and, e) China continuing to carve out new spheres of influence across Europe, South America, the Caribbean, Africa, West Asia, and the Asia-Indo-Pacific area.