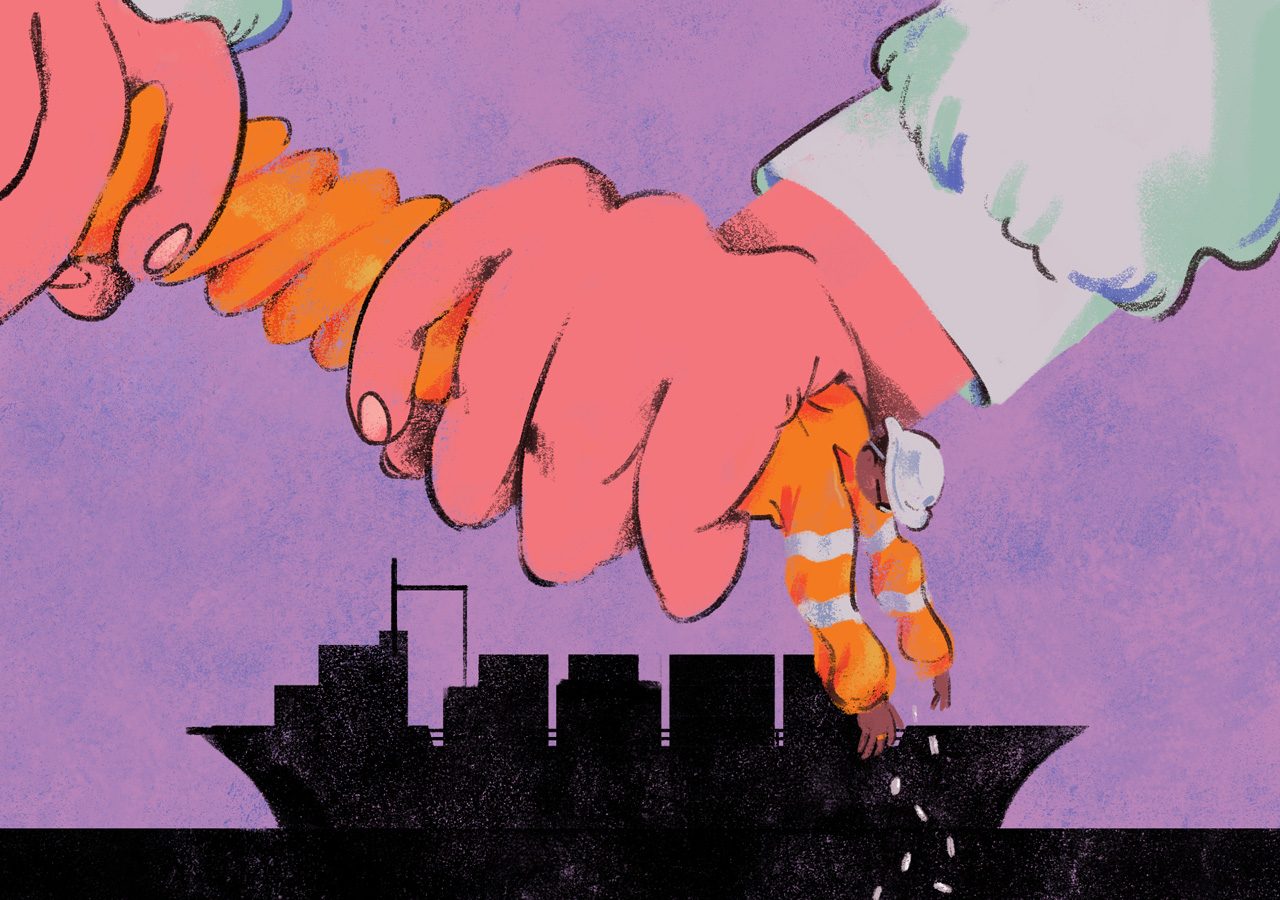 “That’s just what we are. That’s how they look at us. Numbers. Money.”

From 2013 to 2018, during my yearly research visits, which lasted anywhere from three weeks to six months, and most recently in July 2022, I lived in dormitories with both seafarers and aspiring ones in Manila. Living with and talking to them have given me an insight into how they feel about the various institutions and actors involved in their seafaring labor. If there is one sentiment that they have in common for all these institutions, it is a strong feeling of exploitation, of being treated as gatasan, used to advance the interests of anyone but seafarers.

This historical experience (following Neferti Tadiar) of exploitation has been going on for decades. Seafarers feel that the POEA, Maritime Industry Authority (MARINA), manning agencies, maritime schools, seafarer unions, training centers, medical centers, and seafarer-focused party list representatives are all in together in exploiting them. This sense of being preyed on and made to suffer is coming back to them with the reinstatement of management-level courses (MLC) as mandatory for the certification of the competence of Filipino seafarers.

[OPINION] The skills debate: The EMSA audit and employability of Filipino seafarers MLCs are training courses taken by Filipino seafarers who wish to rise in rank. They are taken by both deck and engine officers. They form part of the training and certification process of Filipino seafarer officers who will be involved in management-level work (captain/master, chief mate, etc.) aboard a ship. They are expensive (most probably overpriced) and requires a considerable amount of time to do. Some seafarers I spoke to said that the courses could last from 30 to 70 days in total.

The financial burden plus the time required for seafarers to spend away from their families after spending a long time at sea engendered seafarer hostility towards them. Such hostility was intensified by the mediocrity (to use an informant’s word) of these trainings (whether management or operational). Apparently, many instructors had not sailed for years and therefore are not knowledgeable of current practice and technology. Some training and assessment centers do not even require attendance if seafarers have paid.

There are more stories of how and why seafarers see training and refresher courses as “walang kuwenta.” These irregularities and their widespread occurrence have convinced seafarers that these training and assessment centers are only fleecing them, with the connivance of manning agencies and even of MARINA personnel. (To be sure, MARINA has implemented corrective actions to EMSA audit findings that align with these issues identified by seafarers).

It is no surprise therefore that the decision in May 2021 of the previous MARINA administration to make these MLCs non-mandatory was met with universal approval by seafarers. Because they are no longer required, there was no point for Filipino seafarers to take them. Seafarers could save a lot of money in training, accommodation, and other expenses, money that could be spent on more important undertakings such as building or repairing a house. They could spend more time with their spouses and children, family, girlfriends or boyfriends, and to rest and relax. The decision freed them from the clutches of training and assessment centers, removing one layer or player involved in their exploitation and suffering. Their removal, according to an informant, made crew change easier as more seafarers with the required qualifications and skills became available for deployment.

Bringing MLCs back in

On August 28, 2022, MARINA reinstated MLCs as mandatory courses. The decision is being justified as part of the country’s compliance with the International Maritime Organization’s STCW Convention. The Philippines must fully and effectively implement this international convention that regulates, at the global level, the standards of training, certification, and watchkeeping for seafarers. Failure to do so risks the removal of the Philippines from the “whitelist” of countries that can supply seafarers to the global maritime industry. Removal risks destroying a $6.5-billion industry.

Those opposed to the return of MLCs argue that these training courses (including operational-level courses) are not mentioned in the STCW Convention, specifically as amended in 2010 (Manila Amendments). However, the STCW Convention requires minimum levels of knowledge, competence, and skills for seafarer officers performing management roles and responsibilities. These are not provided for in the country’s current maritime education curriculum. There therefore exists a gap in the education and training of Filipino seafarers, which one of the EMSA inspections identified.

To address this problem, which is a non-compliance with the STCW Convention, training courses were offered to seafarers (as they have left education) and the education curriculum accordingly revised to provide these competencies to students. To this date, the curriculum has not been revised to incorporate these changes. The country hence has no choice but to reinstate the MLCs.

The country is waiting for the decision of the European Commission on whether to continue recognizing the Philippines as a labor-supply country. The decision will be based on the Philippines’ Response, submitted in March 2022, to the European Commission Assessment Report (ECAR), which the country received in December 2021. The ECAR is based on the findings of the European Maritime and Safety Agency (EMSA) inspection of the country’s maritime infrastructure (education, training, and certification) conducted in February-March 2020. The EC decision will be the culmination of EC’s inspection of the country’s compliance with the STCW Convention over a 15-year period beginning in 2006. Should the country fail to convince the EC that it has fully complied with the Convention, Filipino seafarer officers will not be able to work on European Union-owned ships. 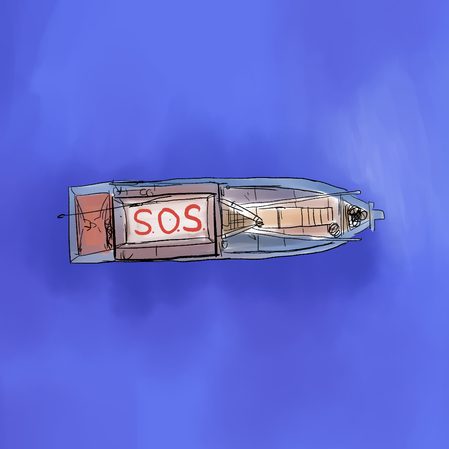 Winning the hearts and minds of Filipino seafarers

The decision to reinstate the MLCs is fiercely resisted by Filipino seafarers. The situation is not helped by the fact that they are being reinstituted by a MARINA under an administrator widely known to own a maritime school and training center. My online conversations with seafarers and quick look at maritime-focused Facebook pages (with followers ranging from 60,000 to about 1,460,000) reveal that seafarers have formed a connection between the administrator’s business interests and the return of these mandatory MLCs.

Even Jay, who has been one of my most insightful interlocutors, suspects that profiteering training centers will again be very busy because of the appointment of the new administrator who he thinks will have a favorable stance towards training centers. He concedes that seafarers like him will have no choice but to comply with MARINA’s policy decisions regardless of what they think and feel about the MLC. This feeling of being ignored and made to submit or just comply also breeds resentment towards the very institutions that are supposed to be looking after them.

What can MARINA do to make the MLCs more acceptable especially given the negative context of their reinstatement and easier for seafarers to comply with?

Despite the hostility towards the MLCs, there are also many seafarers who accept that they are “part of regulating” the sector. MARINA should thus do all it can to provide credible training courses that respect the dignity and professionalism of seafarers. It must stop the irregularities and profiteering that have made the MLCs and other training courses such a blight and burden on the lives of seafarers. The agency should work to make the MLCs perceived as nothing but a measure to comply with the STCW Convention. – Rappler.com

Roderick Galam is a Senior Lecturer in Sociology at Oxford Brookes University, UK.