Armed mobs and riots in Mindanao? 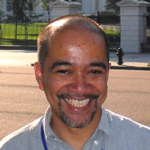 Riots are sometimes defined as relatively unorganized expressions of rage. It usually takes place in an urban setting, and is often expressed through vandalism, the destruction of property, or indiscriminate attacks against symbols of authority.

At the core of a riot is an angry mob. What is curious about mobs is that even when they have no explicit or clear leadership, they move together, as if they had a pre-determined common agenda. On a normal day, the individuals in a mob may even be enemies to each other. But on that extraordinary day of a riot, they suddenly become comrades-in-arms.

Take for example gangs in squatter communities. Normally they will kill each other. As the saying goes, "galit ang magnanakaw sa kapwa magnanakaw." But in the context of an impending demolition of their shanties, these gangs become one, and lead the riot. I’ve seen it a few times before – they can coordinate even without talking to each other.

The individuals who get "swept away" in a riot may be anonymous to authorities, but not necessarily to each other. They usually have rocks, clubs, knives, darts, or molotov cocktails as their weapons of choice.

But what if the rioters are armed rebels, criminals, terrorists, or plain common folk who keep an M-14 rifle because that is the only way they can keep their goats from being stolen? What happens when the setting becomes rural?

Mindanao has an answer – the armed mobs and riots become a "pintakasi" (free for all).

I’ve always regarded the worst setbacks suffered by the Philippine military on Basilan Island as the result of an armed lynching by mobs and rioters.

For example, in early February 1993, it was such an armed mob that set upon a marine patrol near Tuburan town, killing 21 Marine soldiers and 4 paramilitary militias. The mob was a rag tag assortment of armed men – rebels who called themselves MNLF then; ordinary armed civilians; armed followers of politicians – who on a normal day would at least be bickering with each other. But on that day, they were angered by the rape of a Muslim woman, allegedly by Marine soldiers, that they vented their ire on the next Marine patrol that came along.

Varying agendas coalesced on that key moment and suddenly hundreds of armed and angry men were on the side of the kidnappers. The marines realized too late that they had ran into an armed mob, in a terrain with which they were less familiar. Twenty-three soldiers died, 14 of whom were later beheaded.

A similar pattern occurred in October 2011, in nearby Al-Barka. This time, 19 Army Special Forces soldiers died from the armed lynching. The word pintakasi began to take some currency.

The events in old Maganoy, now called Mamasapano, in the Liguasan Marsh last January 25 have all the elements of a pintakasi.

The angry armed mob, woken from their sleep, and numbering close to a thousand by some accounts, then picked on the trapped policemen.

The point is – who do you legally blame, or hold accountable, for such an armed, angry mob?

No answers may be found to this question, even with all the inquiries being conducted or planned. And it must be said that – it could have been worse.

One thing is for sure though. The solution – or at least the first step towards a long-term solution to the emergence of armed mobs – is already known. It is that document called the Bangsamoro Basic Law. The proposed law must be passed, precisely because of incidents like that in Mamasapano. – Rappler.com

Eric Gutierrez is a senior adviser for an international development NGO in London, and is main author of the book“Rebels, Warlords and Ulama: A Reader on Muslim Separatism and the War in Southern Philippines.”

Read Gutierrez's previous piece on Rappler: Is Scotland teaching us something new on independence?