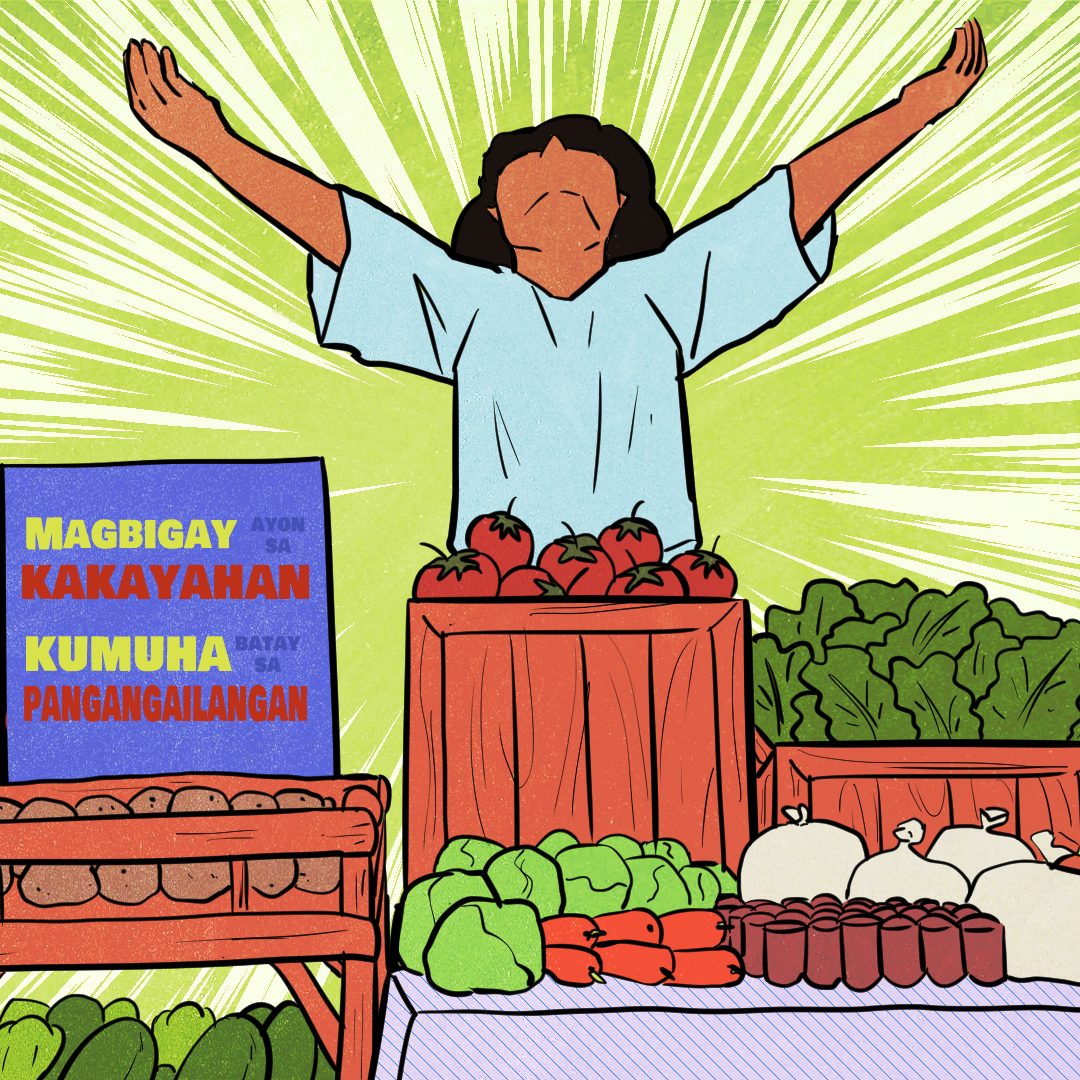 Facebook Twitter Copy URL
Copied
Community pantry is so powerful yet outwardly benign. It does not intend to confront government and instead bypasses it. It is legitimate citizens' action like we have not seen in a long time.

The community pantry is the new form of “People Power” under the COVID-19 pandemic. As a veteran of people power I and II, I cannot help but compare these phenomena that I am experiencing in my lifetime.

Unlike previous people power revolts, the community pantry is an apolitical occurrence and is not manifestly intended to change the regime. The first “People Power” revolt was a product of decades of political organizing by non-governmental organizations that sought to empower the poor and marginalized groups to assert their rights.

This served as a foundation for the decade of student uprising that preceded the anti-Marcos/anti-dictatorship protest era that was sparked by the assassination of Ninoy Aquino in 1983. The massing up of people at EDSA in February 1986 was only the culmination of a long struggle for people’s rights and for reclaiming the democracy that was stolen by Ferdinand Marcos.

The second people power had a slightly different flavor. It was all about unseating a president who used his position to amass personal wealth. While the first one was all about regaining democracy, the second was a clamor for good governance. Like the first, the second people power was a culmination of months of mass protests led by organized groups. The finale of this political drama took place in January 2001 through the massing up of people at nearly the same space where the first “People Power Revolution” occurred.

This happened after a spontaneous gathering of people at the EDSA Shrine to express their disgust over a failed attempt of the political opposition to open an envelope that purportedly contained crucial evidence that could convict the president in the impeachment trial at the Senate.  It was so spontaneous that those of us leading the protest actions of that period were caught by surprise and were unsure that, that was, in fact, the tipping point. Needless to say, we picked it up from there and, as in the first people power, the military finished what we started.

Unfortunately, people power II was discredited when the government that it put in place turned out to be worse than the one it replaced. People lost the taste for popular uprising, realizing that such was not a panacea for unpopular regimes. Thus, try as hard as we did, the mass movements failed to unseat the most hated president in Philippine history. There was simply no appetite to engage in another popular revolt barely a couple of years since the previous one.

One of the common reasons why some people refused to be part of another uprising was that the 15 years between the two revolts did not substantially transform the country. The fact that two corrupt presidents emerged in succession after what was considered a global best practice in regime change, to them proved that indeed, people’s uprising is not the solution. We should not forget that, in the interim, an attempt to stage people power III failed because the concept of a people’s revolt was appropriated by the political allies of the second fallen president to stir the masses in an attempt to return him to power. People power had been bastardized.

Comes now a new regime whose dictatorial habits, the environment for corruption that it created, and the destruction of institutions is clearly worse than that of the first dictator. It comes as no surprise that a popular uprising against a patently deplorable regime, much worse than its predecessors, is nowhere in sight. Even discounting its high popularity at the beginning, the seeming turning of the tide against this undoubtedly most popular leader this country has ever seen, is falling short of leading to a movement towards regime change.

Thus, this new phenomenon of community pantry is a wonder of wonders. For how can one explain why such a simple, even unoriginal idea, turn into a wildfire that is engulfing the whole country in a matter of days? I can only conclude, perhaps in desperation, that this is indeed the new form of people power. People’s frustration over an uncontrolled spread of COVID-19, loss of jobs and livelihoods, economic uncertainty, the very sense that the government has lost control, and that the country’s situation in a free fall, could have triggered such a response.

Perhaps I am overthinking this phenomenon and my political animus is hoping that this could trigger a major shift in our society. But, admittedly, the administration is overwhelmingly powerful (although losing it by the day), and the strongest institutions that could trigger a major political shift – the military and the church – either have no appetite, or are deeply divided to lead a movement for change. The populace, too, has no desire to pick up the weapon of choice against unpopular regimes in the past. This administration is almost guaranteed to complete its term despite the dire and restless situation that the country is in.

The community pantry is sparked by individual action that induces community response rather than being promoted by organized groups coming together to create massive political response. It is devoid of political agenda. Yes, it was started by Ana Patricia Non – a graduate of the University of the Philippines, whose Facebook profile picture advocates #OustDuterte – but there is no doubt in her demeanor and her language that she can only be pure of heart.

And what about the hundreds of others who followed her lead and set up their own community pantry in their respective areas? Certainly, there is no political group present in the country that could organize such a rapid response. We can only conclude that this massive, synchronous action is the people’s way of taking matters into their own hands when those who are expected to provide rescue are unable.

Community pantry is so powerful yet outwardly benign. It does not intend to confront government and instead bypasses it. It is legitimate citizens’ action like we have not seen in a long time. As in previous people power exercises, it is a manifestation of a people’s desire for change, a voluntary effort to do something to remedy a social problem. Nothing as sophisticated as the past, but simply feeding the poor who are hungry and destitute. Unlike before, this fledgling movement is taking place spontaneously in different parts of the country instead of occurring in one location.

So why is government agitated by it? Don’t the reactionaries in government realize that by antagonizing it, they are themselves the one giving it political color and therefore courting the possibility for people to make this a political action to defy their repressive tendencies? Has government become so insecure that it suspects every citizen action as an affront to its power?

Beware, when people have moved from inaction and have found their power to take matters into their own hands – it could become a dangerous weapon against tyrannical regimes. – Rappler.com

Dan Songco is a civil society leader who has spent 35 years as a development manager and social change activist. His main interest lately is social entrepreneurship. He is an adjunct faculty at the Asian Institute of Management and a freelance international consultant.