[OPINION] The Constitution is not a ‘whipping boy’ Facebook Twitter Copy URL
Copied
We are all, at different times and degrees, guilty of making the Constitution our nation’s whipping boy

I asked a group of students, “With the COVID-19 pandemic, millions made jobless, and poverty rising, what should government focus on?” Some of the top answers: public health, small business relief, safe vaccines, stop corruption. I also asked guards, delivery men, messengers, and staff. Not a single one answered, “Revise the Constitution.” Of course, this “survey” is not as accurate as SWS or Pulse Asia’s, but it does make one wonder who congressmen are talking to when they say that “there is an overwhelming clamor” for constitutional change (“Cha-Cha”).

Is it local business? It doesn’t seem like it. Two of the largest and most respected business organizations have released statements that the country might be better served focusing on the pandemic.

Foreigners? Studies on the matter of foreign investment do mention ownership restrictions but as part of a “shopping list” for foreign investors where other items rank much higher. Like “ease of doing business.” We don’t need to belabor how dismal we rank here. While the new Anti-Red Tape Authority Director Jeremiah Belgica seems to be making considerable headway, it will be some time before his much-needed reform efforts take root.

Another higher-ranking priority is “stability.” This includes themes like “sanctity of contract” and “rule of law.” I always smile when a politician uses Singapore as an example of why we need Cha-Cha allegedly to ease foreign ownership restrictions. It reminds me when I asked an officer of the Singapore Arbitration Center what he thinks is the main reason why everyone chooses Singapore as the venue for arbitration even if other strong economies in the region have their own arbitration centers. He answered, “Predictability. They know that in Singapore, 1+1 = 2.” Can we say the same about the Philippines at present? How has the “rule of law” been faring lately? During the pandemic alone, issues about consistent and equal application of the law have created memes like “mañanitas.”

Sanctity of contract matters. You can give foreigners 100% ownership but ultimately that’s ink on a page. And that piece of paper only has value if the word of the government backing it is reliable. Foreigners look at how the current administration has handled previous commitments to local businesses. Based on what they see, foreigners will either be hesitant to come in, or will have to price in the huge risk. The latter results in higher prices for consumers, which undercuts another argument of Cha-Cha proponents. Though to be fair, other administrations have also reneged on agreements.

If by foreigners clamoring, these politicians mean China, then we have a big problem since China continues to encroach on Philippine territorial interests. China’s largest business entities are state-owned (owned by the Communist Party). If Cha-Cha is going to be the “legal” way for China’s business entities to own 100% of key industries, then it is a risk not worth taking.

But really, even if we believe that this latest move to tinker with the Constitution is motivated by purely economic concerns, we need to put to bed the mentality underpinning these unending Cha-Cha efforts – that the 1987 Constitution is to “blame” for our problems.

I sometimes joke in class that when something goes wrong in this country there are two things that always get blamed: The President, or the 1987 Constitution. Peace in Mindanao? Constitution is too strict about regional independence. FDIs not high? Constitution restricts foreign ownership. Provincial LGUs being left behind? Constitution didn’t go far enough with decentralization. Small business protection? Constitution. Economic inequality? Constitution. Based on reports, President Duterte has added a new one: CPP-NPA gaining ground? Because Constitution allows the party list.

Oxford Dictionary defines a “whipping boy” as a “person who is blamed for the faults or incompetence of others.” We are all, at different times and degrees, guilty of making the Constitution our nation’s whipping boy. During flag ceremonies and other formal programs, we renew our pledge to this document that binds our nation together. We should give more respect to the oaths we mouth. Yes, the 1987 Constitution is not perfect. It has deficiencies. Some of which I have trouble with. But any document created by imperfect beings will bear their reflection – including their imperfections. We seek a perfect society, which is noble. But the search should not be driven by the belief that the Constitution is the source of the problem.

The 1987 Constitution is “young” compared to other countries. The United States has been using the same Constitution since 1789. They seem to be doing fine. Last I heard, they were the world’s strongest economy (pre-Trump) and foremost military power. There have been amendments to the US Constitution over the centuries, but these amendments are already part of the 1987 Constitution. When you go to a mechanic because your car stopped and he tells you to change your entire engine. You don’t change your engine, you find another mechanic. 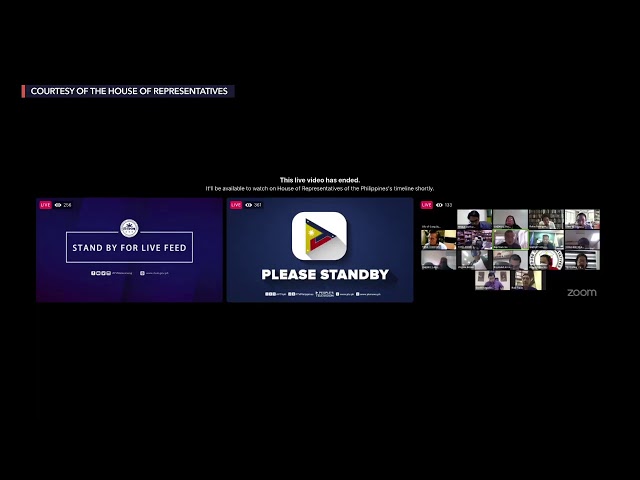 Over the years, I’ve read a lot of pro-Cha-Cha papers. Several cite Thomas Jefferson’s famous quote, enshrined in the Jefferson Memorial in Washington DC (the one that starts with “I am not an advocate for frequent…”). These papers mostly focus on the phrase that “argues” that laws and institutions must change with time.

Unfortunately, what is written in the memorial is not the exact phrase. What Jefferson actually wrote was: “I am certainly not an advocate for frequent and untried changes in laws and constitutions. I think moderate imperfections had better be borne with; because, when once known, we accommodate ourselves to them, and find practical means of correcting their ill effects.” So you see, Jefferson actually says the opposite. “Moderate imperfections had better be borne with.” More to the point, this particular piece is taken as an argument against Originalism (a form of constitutional interpretation that takes it literally, in an extreme way), not as a cry for changing the US Constitution.

Are the changes desired achievable without Cha-Cha? Can we, as Jefferson says, “find practical means of correcting their ill effects”? Here’s a fact. During Ramos’ time, people led by Justice Carpio (then CPLC) broke a telco monopoly, opened up air travel and laid the groundwork for inter-island shipping. All without touching the Constitution. The concerns about utilities and ownership are being tackled in bills pending before the Senate and the House.

The duty of government is to use the least burdensome means of achieving legitimate interests. We must tell them to do this and, “let the Constitution be.” It is not the nation’s whipping boy. – Rappler.com