[Dash of SAS] Purple is the color of our rainbow Facebook Twitter Copy URL
Copied
'There is still a lot for me to learn about gender, about being a mother, about ever-evolving sexual identities'

My kid was three years old when I first explained to them that being gay meant a man who was in a relationship with another man. My best friend is gay and I told my kid I was going out for dinner with Ninong and his boyfriend. “Ninong is bading,” they laughed.

I sat them down to gently explain that there was nothing funny about being gay. It was just like any two people in a relationship. My friends were surprised, concerned that a three-year-old was too young to have such a conversation. I didn’t know at the time, to be honest. I just knew that I had to establish for my kid that a gay relationship was normal long before the opinion of others influenced them and turned that innocent three-year old laugh into a malicious snicker. 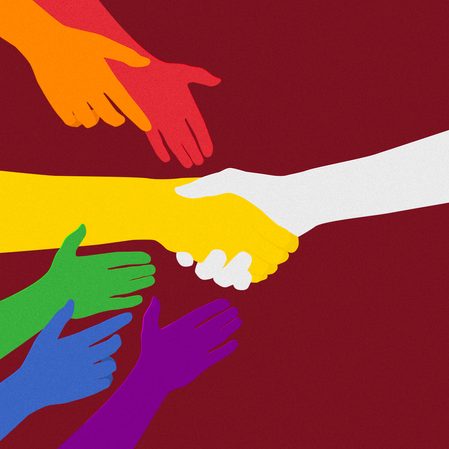 “And then? Is that supposed to change anything?” I asked and I still remember the relief that flashed across their face before they let out a laugh and said, “Right, Mom, you would love me even if I were purple.”

For a while, “purple” became our secret code for saying that we may not understand each other but ask for each other’s acceptance and support. Basta, purple. Yun na yun.

During their teen years, new gender terms were developing faster than I could keep up and it was them taking the lead in teaching me the meaning of terms like “pansexual” (“Mom, if sexuality were a buffet, I would like everything”), asexual, and demi-sexual, to list a few terms that I had to be “schooled” about. 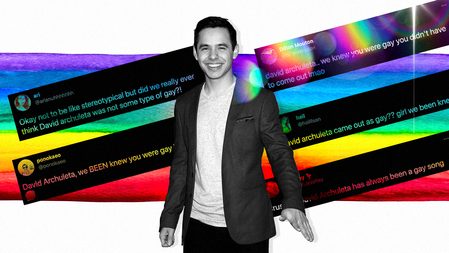 My kid is now 19 and identifies as non-binary. I am a gradschool mom studying Gender (Sexuality) at the London School of Economics as a Chevening 2020 scholar.

When I first became a mother nearly two decades ago, I did not set out to be an LGBTQ+ ally. I just knew the sting of exclusion and judgment that came with the non-traditional life choice of being a single mother in the Philippines. I wanted things to be different for my kid, starting with making our home a loving and safe space.

There is still a lot for me to learn about gender, about being a mother, about ever-evolving sexual identities.

Ana P. Santos is an award-winning journalist reporting on sexuality, sexual health, and female migrant labor. She is currently pursuing a postgraduate degree in Gender (Sexuality) at the London School of Economics and Political Science as a Chevening scholar.