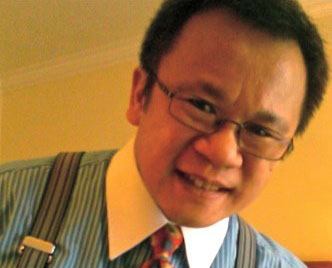 Our emotions soon give way to reason and logic, and maybe even justification. Our minds wrestle with the rational, the logical, the dispassionate, the objective -- the victim was of age; there was consent; there was a waiver; there was no intent to kill, only to injure; the beatings are a test of character, of commitment, of loyalty, of brotherhood; not all fraternities haze or haze anymore; the hazing is supervised and monitored; the requirements of the law have been complied with; this was an isolated incident, a small percentage of those who are hazed die.

And soon, our vicarious experience with hazing becomes defined by the collusion of our fleeting memory and our attempts at reason, logic, and justification. It is a confluence that allows us to forget even the names and numbers of those killed—only to be resurrected when the cycle begins again, with each new death.

The vicariousness is our fortune. It is not so for those that hazing orphans. For them, the responses are visceral, not vicarious; they are as natural and logical and reasonable as the keening wail that emerges from an orphaned mother, the wracking, heaving, silent sobs of a bereaved father, the persistent, stinging tears that fall unbidden down the cheeks of those whose lives were marked by that one life that has been taken.

More than a name or a number, that one life taken by hazing was a life that touched theirs and each mention of his name, each recollection of a shared moment brings the onset of memory.

To them, the senselessness of the death is real by any other concern; the sense of loss is absolute and irrevocable. The grief, the anger, the rage—they do not disappear because the loss is permanent, irretrievable, irremediable.

The grief is beyond consolation; no reason, logic or justification suffices. It is a moment frozen in amber; when time stops and nothing else matters. It is a moment not to be wished on one’s worst enemy—when those orphaned wage a daily battle with remembering and forgetting, grief and consolation only to have every unpleasant memory rush back in full fury with every subsequent death under similar circumstances.

For those who have been victimized by hazing, the recent death of yet another, at the hands of those he wished to call brothers, has triggered the cycle of remembering and forgetting, of professions of collective grief and national hand-wringing.

With these come the inevitable call for legislative review and amendment -- the promises that are made, the posturings that are taken. It is an all-too familiar terrain, with all-too predictable results: debates are conducted, hearings are called, accounts are given, headlines are hogged but change does not come, let alone justice.

The death of Andrei Marcos has prompted calls to review the law regulating hazing, Republic Act No. 8049 (passed in 1995). Certainly, there are many things wrong with the law and there is much room for legislative amendment; and changes in the law would be a good, initial step toward justice for these senseless deaths—but only if the changes themselves make sense.

For instance, the most fundamental thing that is wrong is the most obvious—the title itself. Republic Act No 8049 is an act “regulating,” not prohibiting, hazing.

Embedded in the title is the fundamental and all-too significant premise that hazing is and remains a lawful act and the objective of the law is simply to put metes and bounds, parameters and boundaries on a ritual that, by its very nature, is clothed in secrecy and shrouded in omerta-like silence.

That RA 8049 considers hazing a lawful act per se unfairly places the burden on the victims and not on the perpetrators. If Congress is truly serious about putting a stop to hazing, it should prohibit hazing, not simply regulate it. That change, by itself, will place the burden of persuasion squarely where it belongs—on the fraternity that conducts the ritual and not on the orphaned victims.

Section 2 of RA 8049 legitimizes hazing by the mere expedient of giving notice.

The provision states that “(n)o hazing or initiation rites in any from or manner by a fraternity, sorority or organization shall be allowed without prior written notice to the school authorities or head of organization seven (7) days before the conduct of such initiations. The written notice shall indicate the period of the initiation activities which shall not exceed three (3) days, shall include the names of those to be subjected to such activities, and shall further contain an undertaking that no physical violence be employed by anybody during such initiation rites.”

There are two absolutely strange and incomprehensible things about Section 2.

RA No. 8049 is a very short law -- there are only 7 sections in the entire law. Section 2 may be scoured for these two aspects -- a penalty and a requirement that the notice be approved or, conversely, that it may be denied, and no such indication would be yielded.

Plainly, Section 2, which is the meat of the law because it is the “regulation” spoken of in the title, is meaningless, useless and absolutely irrelevant. Not only does it fail to provide a sufficient deterrent, it actually provides an encouragement to conduct hazing, even sans the notice “required” for the simple fact that there are no consequences for violating section 2. Moreover, the notice is a pro forma requirement that does not even require approval.

Section 4 provides for the penalties for violation and there is simply no mention of the consequence of any violation of Section 2. Our criminal law follows the principle of legality, i.e., unless there is a penalty provided by the law, an act, no matter how reprehensible, cannot be considered a crime.

Since Section 4 does not provide for penalties for violation of Section 2—the failure to give notice. The failure to comply does not amount to an illegal act. The penalties  in Section 4 are for specific consequences that result from hazing, regardless of whether or not it is conducted under the section 2 notice.

Thus, hazing is a criminal act only when these consequences result (e.g., death, rape, mutilation, sodomy, injuries) and without proof beyond reasonable doubt of these consequences, no serious prosecution, let alone conviction, for hazing may be had.

It is within the contours of these two sections of the law that the fundamental flaw of the existing law may be appreciated.

The deterrent effect that comes from criminalizing an act arises only if the law can be meaningfully enforced, i.e., a successful prosecution and a credible conviction can be had.

By not defining hazing as a criminal act per se, subject to specific very narrowly-drawn exceptions, the law itself guarantees that hazing will continue. By not providing for penalties for violation of Section 2, Section 4 is rendered meaningless. By making the criminal penalties in Section 4 dependent on proof beyond reasonable doubt, the law unduly and unfairly imposes a hardship on the victims of the hazing.

For RA 8049 to be truly a deterrent to hazing and a meaningful remedy for those victimized by the practice, the following need to be written into the law:

(1) The title of the law, which determines its purpose and defines its scope, must reflect that hazing is a prohibited, not simply a regulated, act. Everything may simply then flow from that fundamental change.

(2) Hazing must be defined per se to be unlawful and the prohibition against it complete and all-encompassing, subject only to narrowly-drawn exceptions with the burden of justification being placed on the group that seeks to implement it. An example of a narrowly drawn exception may be that of advanced training for soldiers which may require that they be subjected to extremely stressful conditions in connection with specific operational requirements; while these may approximate hazing, the objective of ensuring that the soldiers are trained to withstand operational stress may justify the exception.

Should the law be amended in this manner, then the existing notice requirement in Section 2 would then refer only to the exceptions and not to the general rule; and the notice would then have to require that the same be approved or disapproved, with standards being provided for the approval or disapproval by the duly-constituted authority.

(3) Section 4, on criminal penalties, should simply state that any violation of the prohibition on hazing would result in a straight penalty—a term of imprisonment with a sizeable fine or both, in the discretion of the court—with specific aggravators, such as the commission of any other felony in the process (death, rape, mutilation) or those now mentioned in Section 4 justifying the maximum of the penalty provided.

(4) The law should expressly state that consent, on the part of those hazed, will not be a defense; it should also provide that a waiver would not suffice and would, in fact, be void, for having been made under vitiated consent.

(5) The law should also consider a prima facie presumption of the act being a joint act, making all registered officers and participating members and alumni automatically liable prima facie subject only to the individual defense of desistance and renunciation (i.e., the individual accused must show not only that they were not present but that they actively exerted efforts to prevent the hazing but were unsuccessful); notably, only by doing so, will the silence of omerta be defeated.

(6) In the event that hazing is conducted by a school organization, the law should contain a provision that allows the school to suspend the officers of the organization and its faculty adviser for a specific period of years. The law should also contain a provision requiring that any final judgment of conviction for hazing should automatically result in an inscription of the said judgment as a notation in the appropriate scholastic or personnel record of the person convicted, regardless of when the conviction is arrived at.

All these amendments will, however, take time because of the legislative process.

In the meantime, hazing continues and thrives as it always has—under the cloak of secrecy, the shroud of darkness and the confident assurance of the silence of omerta.

Clearly, amending the law or coming up with a new law is not the only solution to the problem of hazing—it may not even the best solution, certainly it is not the most immediate solution.

Hazing is part of a culture and, like morality, it falls just inside the realm of the ethereal and just slightly beyond the ken of mortal institutions, like laws.

There is only one way to change culture—it is to create a counter-culture; to show in lives, not just in words; to live it out and not just to legislate.

Those who are part of this culture -- those who belong to fraternities and have gone through hazing -- and who now occupy positions of power, authority, or influence, whether in or out of government, must live out that counter-culture by showing that it is possible to inculcate the deepest sense of brotherhood, the most abiding sense of commitment, the greatest loyalty by means other than trial by ordeal.

It may, of necessity, start with condemnation of the practice of hazing but it should certainly not end there. Borrowing the words of a Saint, “preach the gospel at all times, use words if necessary.”

Perhaps, the counter-culture to hazing, more than any amended law, may provide the best balm and the greatest comfort to those orphaned by hazing; the knowledge and assurance that hazing will no longer claim any other lives and that no other mother need weep for her son, no other father need bury his heir and no other lives need be lost—in the name of brotherhood. - Rappler.com