Filipino Catholics are conservative and liberal

We all know that there are religious leaders who are hesitant (at best) to listen to the contributions of social scientists regarding how to better understand the situation of Catholics today. Such hesitation (or fear?) may emanate from suspicions that secular academics are out to expose the fragility of the Catholic Church. Others simply argue that doctrines are divine matters that cannot be subject to the precarious sway of public opinion.

It is thus encouraging that in spite of these hesitations there are sectors within the Catholic Church that have braved public opinion on faith matters especially among the youth. The Salesians, for example, regularly release a national situationer of the Filipino youth. And in 2013, the Episcopal Commission on Youth and the Catholic Educational Association of the Philippines launched the National Filipino Catholic Youth Survey.

In light of these initiatives, it is a mistake to haphazardly accuse the Catholic Church in the Philippines as a monolithic institution oblivious to the affairs of the population. But perhaps these initiatives are drowned out by the noise of Catholic figures who are very eager to throw stones at politicians, academics, and activists fighting for, say, the Reproductive Health Law.

These days, Catholics – leaders and the lay – have to listen to another compelling set of research findings. Univision, a US-based TV network, recently carried out a global survey of 12,038 self-identified Catholics in 12 countries, the Philippines included. In the survey, respondents were asked for their opinion on 5 major issues that reveal the complexity of the global Catholic population.

As a whole, the survey shows that there is no universal opinion among Catholics when it comes to divorce, abortion, contraceptives, homosexuality, and the priesthood. Geographical differences, for example, are evident. A total of 54% of American Catholics support same-sex marriage in contrast to only 15% among the Polish. In Spain, whose monarchy brought us Catholicism, 78% of Catholics support the idea of women becoming priests but only 35% do so in Mexico. On the marriage of priests, 86% of French Catholics are amenable to it, in contrast to 27% of Ugandan.

These findings seem to reinforce the general theological differences between the “liberal” North and the “conservative” Global South that academics like Philip Jenkins have been documenting in the past decade or so. Liberals view conservatives as irrational whereas conservatives see liberals as sinful.

What I would like to bring attention to, however, is that this division is not entirely neat for Filipino Catholics. Being part of the Global South does not render Catholics in the Philippines automatically conservative or straightforwardly aligned with the official views of the Catholic Church.

But when it comes to divorce and the use of contraceptives, opinions become more liberal or progressive in the sense that they challenge the official position of the Catholic Church.

Given what we already know, there is nothing surprising here. A total of 68% of Filipino Catholics support the use of contraceptives, a finding that is pretty much consistent with the surveys done by SWS in the past years. Concerning divorce, 46% actually disagree with the statement that “an individual who has divorced and remarried outside of the Catholic Church, is living in sin which prevents them from receiving Communion." In recent years, SWS has also run its own surveys showing the increasing support for the legalization of divorce in the country.

Overall, these findings show that Filipino Catholics – as far as these moral views are concerned – are both conservative and liberal. They are conservative insofar as abortion and gay marriage are concerned, but increasingly liberal in view of divorce and the use of contraceptives. Essentialisms or neat categories that commentators and religious leaders often use to refer to “the Catholic faithful” are not in effect faithful to the situation on the ground.

So how does one make sense of this seemingly confusing picture of Filipino Catholics today?

This question is especially important because many of us outside the halls of power demand and expect political and religious leaders to respond appropriately. Indeed, Prof. Michael Tan is right to note that there is a disconnect “between public policies and the lives of Filipino Catholics.”

At one level, religious individuals may view these findings as another example of Bulatao’s “split-level Christianity” or selective form of Catholicism.  From this point of view, conservatism will be celebrated while liberalism condemned.

As a sociologist, however, I think it is equally important to consider the social contexts that allow for this split to take place.

The conservatism that Filipino Catholics exhibit in relation to gay marriage, marriage of priests, and women’s ordination is still underpinned by lingering patriarchal and heteronormative attitudes in Philippine society. For one, the heteronormative arrangement is reflected in what remains to be the traditional family ideal. Too bad for activists fighting for marriage equality in the Philippines.

Also, while the laity is predominantly female, the clergy is overwhelmingly male.  Religion, in this sense, reinforces the subjugated role of women as followers and in contrast to many of their peers in the liberal North, many Filipino Catholics do not seem to find this problematic.

From a gender perspective, the increasing openness of Filipino Catholics to divorce and contraceptives is an assertion of the presence, power, and struggles of women in Philippine society. Activists, for example, have pointed to innumerable cases of domestic violence to justify the need for a divorce law in the country. Artificial contraceptives, too, allow women to manage their own bodies and reproductive health.

In fact, if one thinks about it, the never-ending fight over the RH Law is between male Catholic leaders and the predominantly female activists fighting for the rights and welfare of the mother.

But perhaps another worthwhile social context to consider is the changing sexual attitudes especially among young people. The recent findings of the Young Adult Fertility Survey are remarkable. In 2013, 32% of youth (15-24 years old) have engaged in premarital sex, as opposed to only 17.8% in 1994. Teenage fertility has also increased in the past decade, from 6.3% in 2002 to 13.6% of females (15-19 years old) in 2013. And guess what – 78% of the first sexual contact was done without protection against pregnancy or sexually transmitted infections.

These social contexts are plausible explanations for the increasing openness of Filipino Catholics to divorce and the use of contraceptives. In other words, they have become necessary.

Other issues at stake

All these findings suggest that if religious leaders and individuals are really concerned about the faithful, the issue at stake is not simply whether Catholics maintain their theological conservatism. Admittedly, gay marriage, women’s ordination, and the marriage of priests are matters downright rejected by Filipino Catholics. And it will take a long time before they are even tolerated in the public sphere. I suspect many of our religious leaders are happy with this situation.  At least for now they don’t have to worry about these matters.

But right now, there are also other issues at stake.

The battle for artificial contraceptives and the broader concern for reproductive health in the Philippines is not simply a matter of promiscuity. Nor is the need for a divorce law merely about sexual liberation.

In the North, liberal views are celebrated as rational, progressive, and empowering. In the Philippines, however, the seeming liberal views concerning divorce and contraceptives are not causes for celebration. More than anything else, they point to the ongoing struggles of Filipinos – male and female, Catholics and otherwise. - Rappler.com

Jayeel Serrano Cornelio, PhD, is a postdoctoral research fellow at the Max Planck Institute for the Study of Religious and Ethnic Diversity in Göttingen, Germany and assistant professor (on leave) at the Development Studies Program and the Department of Sociology and Anthropology, Ateneo de Manila University.  He is also attached to the Institute for Sociology at the University of Göttingen where he currently teaches a course on religion and youth.

Jayeel Cornelio, PhD is Associate Professor and the Director of the Development Studies Program at the Ateneo de Manila University. A sociologist of religion, he is a recipient of the 2017 Outstanding Young Scientist Award from the National Academy of Science and Technology. He i... 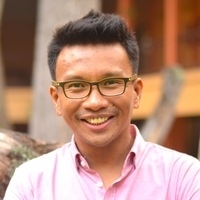