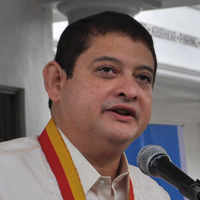 The provision on cyberlibel demonizes technology and sends the message that the computer user is more evil than those who write on traditional media.

3. Oppressive: You can now be charged with two counts of libel—double jeopardy

The law is a loud warning against those who wish to exercise their constitutional freedom of speech and expression--because now, you can be prosecuted for both libel under the Revised Penal Code, and libel under the Cybercrime Prevention Act.

This is double jeopardy, and if we look at our 1987 Constitution, we are immediately reminded that we still have the right to be protected against this.

We must strike the void provisions.

A good law like the Cybercrime Prevention Act of 2012 cannot be paralyzed by questionably dangerous provisions. The only remedy is to strike the void provisions.

The provisions on libel in the Cybercrime Prevention Act are dangerous expressions of archaic policies. As a result, any computer user will now live in fear knowing that his fair but critical comments, when published online, might expose him to a charge of libel.

For a state to truly gag a citizen, it is not necessary that we convict for expressing his thoughts. It is enough that we scare him from speaking up. I feel that a democratic government flourishes when its citizens are not left to cower in the sidelines because of fear, afraid to speak up, and later, afraid to even think against its own government.

These provisions on cyber-libel will just curtail a fundamental principle of good governance.

The last time I checked, we were still a democracy—we want empowered citizens, not scared and passive ones. - Rappler.com