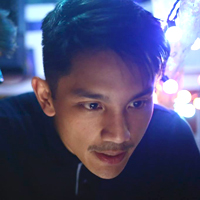 You know you’re speaking to an academic when you make a strong argument and you get “it’s more complex than that” in reply. Our scholarly penchant for “nuance” is both our greatest asset and our greatest weakness. It allows us to examine grey areas, but it also prevents us from making judgments. Unfortunately for us, judgments are essential in democratic politics and those who refuse to take sides become victims of analysis paralysis.

#JeSuisCharlie is a very simple statement. It calls on us to declare solidarity with journalists murdered for exercising their freedom of speech. That we are neither white nor French does not matter. The point is universalism: We should seek to protect freedoms that bind us in a common humanity.

Alas, many contemporary academics – especially those in the humanities and the social sciences – have an instinctual aversion for anything universal. Hence the hair-splitting that occurs in the commentary and Facebook feeds of many academics: “But don’t forget about French racism!” “The cartoonists were bigots!” “Charlie Hebdo fanned the flames of Islamophobia” “How can you be Charlie Hebdo if you are not a white male?”

I do not doubt that context is important. And I do not doubt that French racism is real. But how one contextualizes an event reveals a lot about one’s priorities. There is something vulgar about focusing on Charlie Hebdo’s alleged offensiveness even before the bodies have been buried, especially since Islamic extremists believe that blasphemers deserve violence. There is something vulgar in raising the “limits” of free speech when those who tested those limits have their blood splattered on a newsroom floor.

There are also other “contexts” to consider, but they may not provide the same succor to the politically correct conscience. This article, for instance, describes the constant threat journalists face for refusing to tiptoe around the sensitivities of the most onion-skinned members of a faith. And then there is the context of a distinctly French love affair with controversial (even irresponsible) intellectuals. This is, after all, the same society that produced Jean Baudrillard, who obliquely (as was his want) claimed that Americans deserved 9/11 and Georges Bataille, who wanted to experiment with human sacrifice. The country defends its nutjobs.

No martyr is ever perfect. But martyrs afford us rare occasions for moral clarity, denied to us when there is no mourning to fuel indignation. Martyrs, like the Charlie Hebdo cartoonists, give us rare opportunities for big picture thinking.

Many academics are averse to the big picture. Anthropologists are told to believe in “cultural relativism,” whereby no culture can be judged because everyone is different (it’s the cultural equivalent of self-help thinking: all societies are unique and special!). Many American and American-trained academics, on the other hand, were educated in the age of “identity politics,” where values become contingent on various subject positions like race, gender, and class (see this lecture by the late historian Tony Judt, which discusses how these trends have led to intellectual cowardice.)

I am not one to disavow these trends completely, as it is almost a truism to say that, without these, we would arrogantly impose our opinions on those who are unlike us. But I still believe in taking clear and gutsy stances. It is my duty as an academic.

It is surprising how niggardly some of my colleagues can be even if they have the rare privilege of tenure. I happen to belong to a profession where one can say whatever he/she wants and not be fired. This is not only a privilege; it is a responsibility. Academics should say things that people don’t want to hear. To qualify one’s objection against a cold-blooded murder by saying that Charlie Hebdo was racist is for people pleasers. We need to be ready to offend if it means striving, however quixotically, to reveal certain truths.

Personally, I am happy to offend those who believe they can impose their extreme religious morality by violent means.

The tragedy of academia is that we are often outflanked by truth-seekers who do not share our privileges. Journalists do not have tenure, and yet many are prepared not only to lose their job, but also their lives. You may disagree with the Charlie Hebdo cartoonists, but these guys continued doing what they were doing despite death threats. This alone makes them admirable, especially since many academics, who only have a peer reviews to fear, rarely say anything risky.

Is it possible that we academics qualify our defense of Charlie Hebdo because the cartoonists offer a threatening image of what we could be: gutsy, risk-taking, and – since there are no jokes in journal articles – funny?

We who do not risk our lives to tell the truth owe our solidarity to those who do, however disagreeable their approach may be. This may not necessarily lead us down a politically correct path of tolerating all worldviews. But politically correct is a qualified correctness. Shouldn’t we all just strive to be correct? #JeSuisCharlie. – Rappler.com

Dr. Lisandro E. Claudio is a post-doctoral fellow at the Center for Southeast Asian Studies, Kyoto Universty, and Assistant Professor at the Department of Political Science, Ateneo de Manila University. He is also editor of The Manila Review.