How the Left was lost 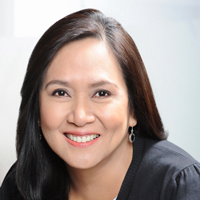 Many of those who studied at the University of the Philippines can relate to this aphorism as truth, including myself. Being convent-bred from elementary to high school, UP Diliman was my Wonderland.

It was the agora of “isms:” Marxism, Leninism, Maoism, Feudalism, Colonialism and Imperialism, the philosophies and mantras of the most dreaded ism of all, Communism.

I remember how the nuns admonished thirteen of us who were accepted in UP against joining Kabataang Makabayan (KM) and becoming a communist. It was a sin more mortal than missing Sunday mass or losing your virginity. Turning “commie” was worse than becoming an agnostic or a slut. It meant eternal damnation. We were warned that there are no Maoists in heaven.

The tirade naturally piqued our curiosity. Why do the religious regard the communist as Public Enemy No.1 when the philosophy itself seems almost Utopian? A classless, moneyless, and stateless social, political and economic order founded upon common ownership. Isn’t that what John Lennon imagined?

Imagine no possessions
I wonder if you can
No need for greed or hunger
A brotherhood of man
Imagine all the people
Sharing all the world...

Largely influenced by the writings of Karl Marx and Friedrich Engels, the 1848 Manifesto of the Communist Party became their “bible.” Vladimir Lenin defined the party’s role as the vanguard of the working class. When it is in power, it becomes the “highest authority of the dictatorship of the Proletariat.”

Then, in the 1950s, an anti-Revisionist form of Marxism-Leninism evolved from the teachings of the Chinese political leader Mao Zedong (1893–1976). Maoism, or Mao Zedong Thought, considered the agrarian peasantry as the key revolutionary force.

Believing that "political power grows out of the barrel of a gun," Maoists relied on the canon of the People’s War. They mobilized the rural population to rise up against established institutions using guerrilla tactics.

Many Maoist elements were incorporated into the philosophy of the CPP. Mao’s Little Red Book composed of 33 topics with 427 quotations, became compulsory reading for the Left.

I met many avowed communists in UP and admired their zeal. Although I never joined KM, I sympathized with what they were fighting for and marched with them in a number of protest rallies against the Marcos dictatorship. I knew some of the victims who were raped, tortured and salvaged during Martial Law. I wasn’t Red, but borderline Pink.

So I supported Bayan Muna’s bid for partylist seats thinking that Congress could use principled ideologues to oppose crooked rogues.

But since then, it has become harder to empathize with the Left.

The ideological stand has been diminished to role-playing, posturing and media stunts. They have become indistinguishable from the trapos they despise. They seem to have sadly lost their way.

While they screamed, “Abolish PDAF!” they were among the lawmakers who benefitted from the pork barrel. While they fought against corruption in government, some of the vocal Leftist student leaders eventually became apologists and propagandists for the scandal-ridden Arroyo administration. While desperately vying for a Senate seat, they placed their beliefs on hold and allowed themselves to be used – in exchange for campaign funds. And worse, with China bullying the Philippines on the Spratlys and other contested territories, their silence was deafening.

The ideology has become meaningless tautology. The cause is tainted with pragmatism and contradiction. The passion now sounds contrived. Tenacity has turned into pigheadedness.

With credibility eroded and integrity questioned – their brand is in danger of obsolescence. It is time they find a graceful finale.

The continuing twenty-one year peace process has once again been stalled for over a year now. The triad of the Communist Party of the Philippines, its armed wing, National People’s Army and the political coalition National Democratic Front (CPP/NPA/NDF) has all but left the negotiation table.

Reports indicate that the tripartite is more like a three-headed monster, each with its own mind. There is no clear leader except aging figureheads that have not stepped on Philippine soil for almost thirty years. Many concessions and years later, the troika’s desire for peace is at best lukewarm.

Still claiming to be the voice of the masses, their claimed representation of the people seems as farfetched as Utrecht is to Manila. As a Freeman editorial put it: “The Philippine public has long grown weary of the communist insurgency and could not ask for a better gift than to be finally rid of this ideological scourge. And with communism on the decline globally, there should be no reason why its irrelevance indeed cannot be attained.”

In its anniversary statement, the CPP vowed that it will increase the number of NPA fighters to 25,000 and launch more attacks against the Philippine government. Many ask, why bother to negotiate peace? Just exterminate the dwindling force permanently!

The government side continues to hope. In a statement about the recent breakthrough with the Moro Islamic Liberation Front, Alex Padilla, panel chairperson commented, “Sincerity and goodwill on both sides have brought Muslim Mindanao closer to a regime of peace and prosperity that it desires and deserves. This is what awaits the rest of the country should a peace agreement be reached between the government and the CPP/NPA/NDF.”

It’s the final curtain call for the Left. - Rappler.com