[Science Solitaire] How much did ‘happiness’ plunge because of COVID-19? Facebook Twitter Copy URL
Copied
'What could be fun about a people whose seemingly innate capacity for happiness has been compromised by its own politics?'

It is out – the 2021 World Happiness Report. It is the ninth issue since Bhutan inspired a new way of measuring human satisfaction, which does not ONLY consider economic measures, but also life satisfaction. After all, we humans justify our actions – collective and personal – because they directly or indirectly lead to happiness, ours or family’s or people we care about.

The bad news first, which hits home. While election-related surveys usurp our national headlines, our world ranking in terms of happiness fell from “42” in our 2017-2019 ranking to “74” in 2020. In other world rankings, like with universities, when we fall in ranking, we always find the excuse that we really did not “fall” but others “flew” past us, which pushed our place down. But in 2020, which was the year that was studied, you have to have been in deep slumber since COVID-19 hit early last year to think that countries were feverishly in a conscious race to rank as “happiest” in the time of this nasty coronavirus. The reality, as we collectively experienced, was that many of things that could push us to be less happy were present. It was the perfect storm.  We really “performed” to fall 32 rank points less than we were in our 2017-2019 scores.

Worldwide, “happiness” was hit and shaped in ways like no other by COVID, the report concluded. We have had a world annual 4% rise in deaths than before COVID – a serious rise which has repercussions in the areas they have left – personal, economic, and social. Across the board, there is greater economic security, anxiety, depression and challenges to mental health like never before. But the countries who ranked on top before COVID, led by Finland, Iceland, Denmark, Switzerland, and the Netherlands, are still on top of the ranking. The moderate to drastic shifts in ranking is observed in countries below the top 20.

Work-life balance: What really makes us happy might surprise you The other key measures that pushed up happiness scores were the trust and the ability to count on others, trust in public institutions in COVID-coping strategies which ties in with countries who were able to drive community transmission to close to zero, income inequality (as another measure of trust), whether we had learned lessons from other pandemics, and whether the head of the government was a woman.

It is no secret that mental health has been one of the most deeply affected by COVID-19 times. The decline was significantly seen in groups that were already significantly vulnerable – poorer people, young people, and women. COVID disrupted conventional access to mental health services so the happiness response depended on whether those affected could have easy digital access to mental health services. On this, I wish they also measured whether the leaders of the countries had measurable decline in mental health and how it impacted the over-all mental health of the populations they led in COVID times. Because I for one cringe and cannot bear the moment when I have to listen to our leaders say things in public and as official position so off the scale of what is “decent” that we will not even tolerate our adolescent children to joke about.

Why being resilient won’t necessarily make you happy – new research 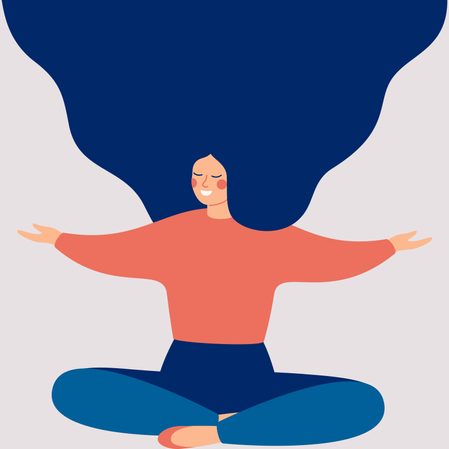 Related to the WHR’s “mental health” driver of happiness, was the sense of “social connection.” If people did not have digital access, they felt even more isolated. But there is an upside. The aspects that helped to maintain a sense of personal connection rose to the fore, namely gratitude, grit, prior connections (not only instant COVID-specific connections), volunteering, doing exercise, and having a pet, and gave us more chances to recognize where “flow” – that zone where you are doing your best at something without felt effort – can happen and cultivate it.

In terms of work, naturally, not having work or having lost a job during COVID impacts happiness and the report found that the most affected by job losses are young people, low-income, and low-skill workers. In the workplace, “supportive management and job flexibility” were key drivers in the well-being reported by workers BUT the values of “trust, inclusivity, belonging” that were consciously cultivated in normal times where the ones that worked to make the work teams more resilient in COVID times.

Philippine happiness plunged. We all felt that, but now, it is on record. We, a people who have consistently declared to the world that it’s more fun here and that even now, fun awaits. What could be fun about a people whose seemingly innate capacity for happiness has been compromised by its own politics? – Rappler.com