ISIS threats and followers in the Philippines 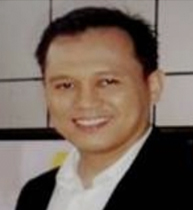 Isnilon Hapilon’s video showing him performing a pledge of allegiance to Abu Bakr al-Baghdadi is another strong indication that the Islamic Caliphate of Iraq and Syria (ISIS) has followers in the Philippines.

So far, this is the third video showing Muslim Filipino militants pledging an allegiance to ISIS.

Known personalities associated with the Abu Sayyaf Group (ASG) and the Rajah Solaiman Islamic Movement (RSIM) are suspected to have spearheaded these oaths of allegiance to ISIS because of their penchant to use the Black Flag in their propaganda activities. But there is not enough evidence to make a firm conclusion that the ASG and RSIM have become part of ISIS.

Hapilon is an ASG commander operating largely in Basilan. He is directly commanding two main sub-commanders of the ASG in Basilan: Puruji Indama and Marzan Ajilul who are both engaged in kidnap-for-ransom rather than Islamic propagation activities.

Igasan was rumored to have taken the helm of the ASG as the Amir of the ASG after the death of Khadaffy Janjalani. But this claim is currently being challenged because Sahiron wields more power and influence than Igasan.

Though Sahiron and Igasan have not been reported to have undertaken a pledge of allegiance to ISIS, Hapilon’s video shows that ISIS has followers inside the ASG.

A previous video filmed inside a Philippine prison showing Muslim detainees performing an oath of allegiance to ISIS has prompted suspicion that Ahmad Santos may have organized the activity.

Santos is said to have founded the RSIM, a militant organization of Muslim converts in the Philippines. Though RSIM is currently dormant because of the arrest of its key leaders, it continues to operate in Philippine prison facilities.

Santos is also being suspected of leading the translation in Filipino of an Al-Qaeda doctrine on “Muslim Prisoners of War.” His brother-in-law, Dinno Amor R. Pareja, is suspected to be the Abu Jihad Khair Rahman Al-Luzuni who posted a video on November 6, 2012 calling on Muslims in the Philippines to join the jihad. Pareja is being accused to be the creator of a website, Islamic Emirate of the Philippines-The Black Flag Movement, which is akin to ISIS.

That ISIS has followers in the Philippines can no longer be doubted based on these videos and websites.

In fact, reports obtained from reliable official sources have indicated that two Filipinos have died in the Syrian conflict “as part of the Opposition.”

Intelligence reports also revealed that some Muslim Filipino Mujahideens in Syria calling themselves as “veterans” have already returned to the Philippines to propagate the ISIS ideology.

Another reliable source claimed that around 100 Muslim Filipino fighters are suspected to have traveled to the Middle East to undergo military training in support of ISIS, the main opposition group in Syria. However, this number is being challenged by other authorities. Unconfirmed media reports, however, showed that around 200 Muslim Filipino fighters were sent to the Middle East to fight in Syria.

Indeed, ISIS threat to Philippine security is becoming more and more real rather than imagined.

The Philippine government has to implement a strong preventive counter-measure before this threat develops into a many-headed monster that is hard to defeat. - Rappler.com