'It was not a political rally' 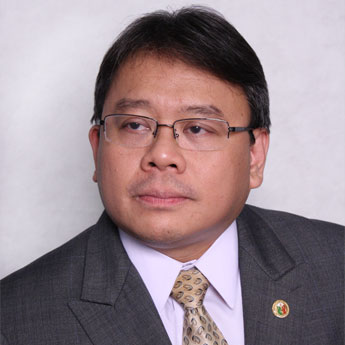 Thus, non-members who were watching the events unfold tried to find significance in everything that transpired, from the absence or presence of certain politicians and personalities, to the “meeting” at the Manila Hotel among Supreme Court Administrator Midas Marquez, and Gatdula; his lawyer Abraham Espejo, the dean of the Church-owned New Era University College of Law; former Justice Secretary Artemio Tuquero, now lawyering for former President Gloria Arroyo; and this writer, who represents her husband Jose Miguel Arroyo.

They even tried to find hidden meanings in the homily given by Church elders during the actual Pamamahayag. These dealt with how some people try to please God by treading what they think is the right path, but end up offending Him instead by persecuting others and refusing to forgive when they themselves are sinners, and that there is but one Supreme Leader who is Christ Himself.

But in the final act, there was nothing in the latest GEM that was political. And so it has always been, and shall always be.

The Church has always adhered to a policy of non-interference with the political affairs of the country, in accordance with our doctrine that secular authorities are ordained by God (Romans 13:1).

Those who scoff at this by saying that our voting as a bloc constitutes blatant politicking must understand that this principle is doctrinal as well. We believe that since we are One Body with Christ as our Head, there should be no divisions in that body (1 Corinthians 12:12-25).

In fact, by submitting to the Church administration’s authority to decide which candidates to support, coupled with the strict proscription against members running for any elective public office, we obviate the need for politicking in our ranks.

Last Tuesday's GEM is but part of an overall effort to ratchet up conversions to the Church leading up to our Centenary on July 27, 2014, with the Church administration encouraging every member to produce at least one new member, thereby doubling its membership (John 15:8).

It should not be interpreted in any other way.

Of course, if others perceive it differently, perhaps it could not be helped. Such may be the mystique of the Church that those outside it see it however they want to.

After all, as the Bible says: "Therefore I speak to them in parables; because they seeing see not; and hearing hear not, neither do they understand (Matthew 13:13, KJV)."  - Rappler.com