Momentum with Poe after SC decision I know very well that loving the Constitution means loving all of it – the citizenship provisions, the Bill of Rights that guarantees the rights of foundlings, global Filipinos, and yes criminals too, and most relevant here that the Supreme Court – a majority in it – has the last word on what the text of the Constitution means.

I share President Aquino's hope that the SC decision will be enlightening and educational. With 10 opinions (a majority opinion, 4 concurrences and 5 dissents), averaging 100 pages each, we will have to wade through 1,000 pages or more; this will be one volume of SCRA and a very big volume (much longer reading than Javellana vs Executive Secretary that justified the judicial effectivity of the Marcos 1973 Constitution).

My constitutional law students, who are studying the Bill of Rights under my tutelage, will be assigned this for their final examinations. The Poe case has always been above all, for me, a human rights case, not just an election matter.

I hope that the majority decision will settle the substance and lay down good liberal doctrines on citizenship and residence. Regardless, this is a big victory for foundlings and global Filipinos (duals, OFWS, migrants, etc) – two advocacies I have been passionate about in the last 25 years.

It is because I care for these issues deeply that I engaged in this case. Before the first cases were filed, I did not know Senator Poe personally. I have no agenda with her or in the government she might lead. I am still planning my post-deanship life around just teaching, writing, and doing whatever mission I am called to do.

When all the opinions come out, do expect a full analysis from me of the majority opinion, the concurrences and the dissents. I will do a Rappler article that would summarize and analyze the decision. I am also planning to write a lengthy series in my Eagle Eyes column, featuring all 10 opinions, devoting a single column for each of them.

In addition, I am collaborating with a philosophy colleague to write a reflection on the meaning of citizenship in a changing, globalized world. A legal journal article on citizenship, incorporating the Poe decision, is in the works as well. Hopefully, all of this ends with a book in a year or so.

This is an educational moment for everyone; not just for lawyers but also for all citizens who want to learn.

On the outcome, definitely, I am happy with Poe’s victory. When this started, I thought it would be a miracle to win this case: because of the conventional view of law as black letter law that yields only one narrow interpretation, the kind of thinking that will doom a constitutional case against the Bangsamoro Basic Law or for an opening to same-sex marriage; because of the makeup of the Court – the political and ideological makeup which seemed weighed against Poe; because of what she was up against – the rivals who could not win if Poe was on the ballot – who went after her and are going after her without restraint or remorse.

But right and good was on the side of Poe, always a compelling argument in legal cases. And that's why it's a grand slam, her victory in the Court.

A 9-6 vote is huge in a case like this and especially because she started, in my view, with very bad numbers. At the beginning, I thought Poe just had 3 votes. I based that estimate on the human rights records and/or judicial philosophy of some of the justices.

Because of my teaching, I read an average of 100 Supreme Court decisions a week. I would like to think I can discern a pattern in a justice’s writing. 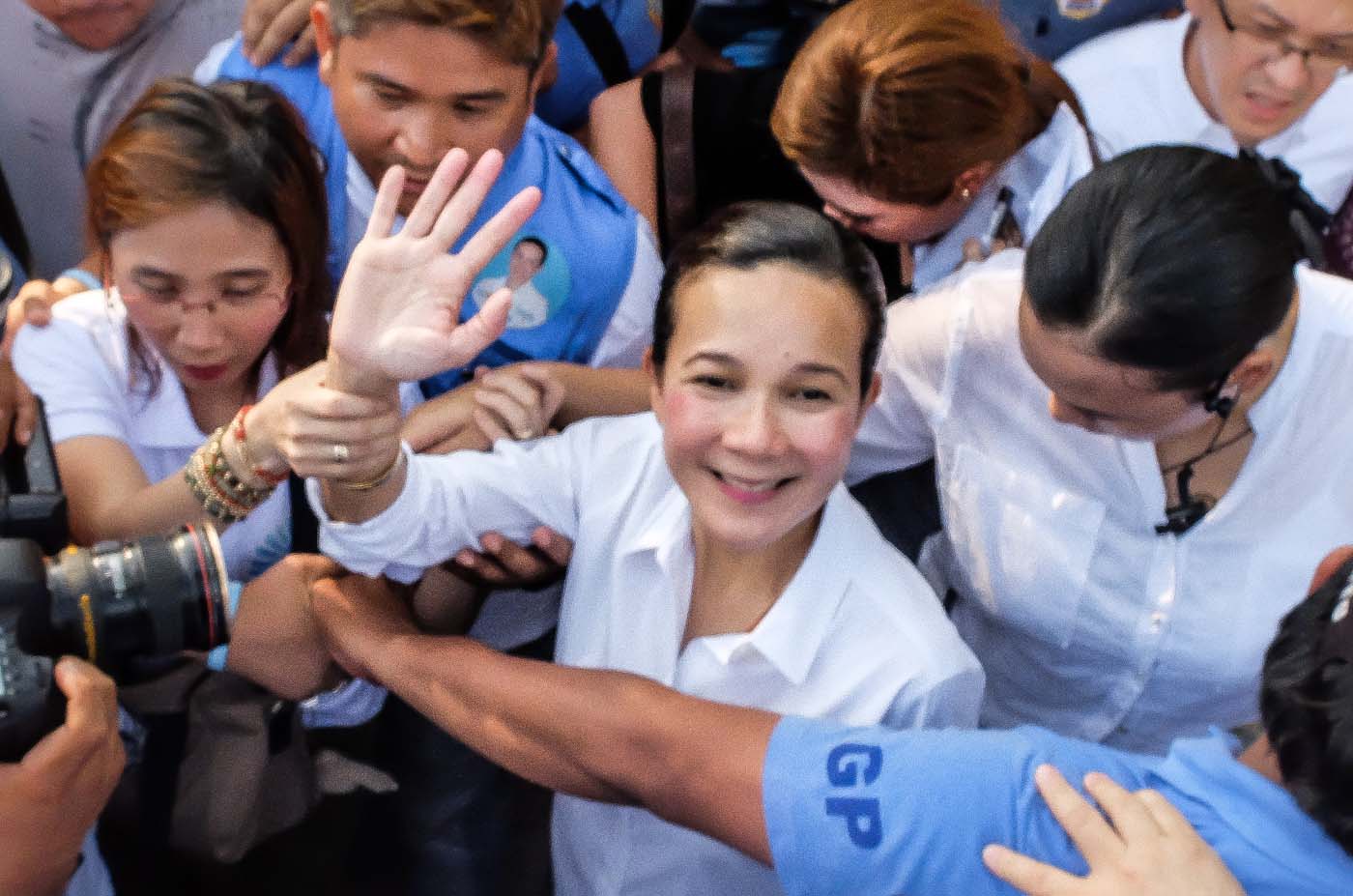 The President is correct – that the Chief Justice and justices he appointed, if anything, showed independence in making this decision. The same is true for the GMA justices. That the justices did not split according to partisan lines augurs wells for an independent court.

Indeed, the Poe decision is an independent vote by the justices based on their appreciation of the law and the facts and the imperatives of justice for foundlings and global Filipinos.

I am particularly proud of my contemporaries as UP Law professors and fellow alumni who voted for Poe – Chief Justice Maria Lourdes Sereno, Justice Marvic Leonen, and Justice Francis Jardeleza. They lived up to the expectation of Justice Oliver Wendell Holmes as engraved in the magnificent lobby of Malcolm Hall, truly great lawyers who only great law schools can produce. The words of Justice Leonen are classic and prophetic: "We are not called legalists but justices."

As to the impact of this Supreme Court victory on the elections, the unintended consequence and worst nightmare of Poe's detractors have come to fruition. Because of the timing of the decision, the case unexpectedly gives her an immense advantage as the final stretch of the campaign begins.

For sure, there will be a lot of attacks against her in the days to come. Consistent with my knowing her, she will not respond in kind and not attack in return. I think that majority of the voters appreciate this and that strategy will take her to Malacañang. (READ: Duterte: If Grace Poe turns out to be America, 'naloko na')

Poe's strategy of not attacking her rivals will work because when people begin shifting their support from weaker candidates to the stronger ones, it would be common sense and natural to expect them to go to the candidate who did not attack their original preference.

So for example, I cannot imagine a Roxas supporter moving to the Duterte or Binay camps or a Duterte voter shifting to Roxas, or Binay supporters flocking to Duterte or Roxas. But I can imagine soft supporters of Duterte, Roxas, and Binay going to Poe who has rarely, if at all, attacked these candidates.

That's what I really like about Grace Poe. She is able to rise above her personal hurt and able to turn the other cheek. I have seen that up close and I can only say that such strength of character and fortitude comes from a solid faith.

I am sure that her formative years as a young girl – before she was adopted, where she was, in a way, alone (even if informally taken on by the family that found her) – have something to do with this.

Such loneliness and abandonment can either make you an angry, resentful person or form you to be a kind and hopeful person. Luckily for all of us, she was graced with the latter.

Grace Poe has the momentum. We will soon know if this will carry her to victory. – Rappler.com

Dean Antonio G.M. La Viña has served as the dean of the Ateneo School of Government since 2006. He is an adviser to presidential candidate Grace Poe.