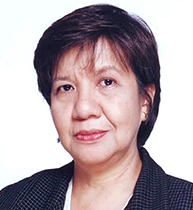 The Freedom House Index ranks countries according to state of political and civic liberties available to citizens, along with a ranking of press freedom. The classifications are three: Free, Partly Free and Not Free states. Of the ten states in the ASEAN, no country is currently classified as Free. Only three make it as Partly Free: East Timor, Indonesia and the Philippines.

Freedom House continues to classify Burma as Not Free, despite the dramatic changes that have been initiated by government to open up society. As such, it is not doing any worse than other countries, and perhaps trailing behind only three.

One obvious view is to see Myanmar still very much in tune with the rest of the region which has long favored authoritatrian control, the curbing of human rights, and governments for politicians rather than for the people.

One can quarrel with the system of measurements of Freedom House, but that is another discussion.. In fact, Southeast Asia boasts of three de-facto three press systems for some time, but the situation even in Indonesia, Philippines and Thailand, joined later by Timor Leste, reflects the global decline of press freedom all around the world. This downward trend in the quality of media freedom are measured by setbacks, such as the political turmoil in Thailand which has enhanced the application of lese majeste laws, and the impact of a younger generation distaste for the mainstream media.

Even in free systems such as India and the Philippines, where the free press tradition has had the longest histories in Asia, there are other pressures restraining media freedom, including religious and social traditions, the interlocking economic and political interests of owners, media corruption, commercialism and outmoded news conventions that focus on personality, color and conflict, which leave many significant stories un-reported and prevents a news agenda more responsive to public needs.

Anything we say about Myanmar from around the three ASEAN countries, cannot be said with condescension that comes from superior ranking of freedom. The Philippines may be proud to claim the most libertarian Constitution with clear provisions for protecting press freedom from government interference. But Filipino journalists continue to be vulnerable to violent attacks, to be subject to imprisonment for defamation under the criminal libel law. Along with Not Free countries in ASEAN, we do not have a Freedom of Information Act. Sadly, the region has not set a very good example for Myanmar to follow.

But the political initiatives taken by Myanmar in 2011 seem to secure certain gains. The national mood has lifted, breaking the long-standing malaise of repression with visible and audible hope in a radically new future.

Personally, I remain optimistic about official intentions. Surely, officials know that once released, the freedom genie cannot be summoned back to the bottle. As an exile journalist returning to his country put it: The process may be slow, it may be even stalled. But it will be very difficult to stop.

Twenty-eight years after People Power toppled the Marcos regime, Filipinos have yet to establish the conditions that will make freedom and democracy meaningful to people who are poor and hungry, who are reduced to pawns by power holders during elections.  Democracy is difficult. We are lucky not to realize the difficulties at the start with only the exciting promise of freedom and democracy to draw us inexorably to choose this path.

It cannot work unless everyone believes that freedom and liberty impose their own restraints and that the collective public good cannot benefit only a few.  And so we all have to learn some lessons together.

I still think the advantage of Myanmar is that it is still in the beginning. It remains in that “sweet spot” of transition from where others like Indonesia, Thailand and the Philippines have moved, as these countries bear the burdens of mistakes and lessons unlearned.

As the technological revolution changes the way we live, we need to make a conscious effort to understand how we move forward as a free nation. We no longer have the luxury of growing through stages of national experience, as everything happens all at once, with unimaginable speed. All this communication will continue, whether we like it or not, drawing from the core of social and cultural values or from its lack and emptiness, wither as a wasted force.

How can democracy and freedom be meaningful without the basic building blocks of shared values or a national vision? A collective exercise to talk about the future as a free nation can help to determine the role of free media and the press in a society. This articulation must be in harmony with the writing of a constitution or a political covenant Without acknowledged core values, media codes or legislation will operate only as so many do’s and don’ts, rules that soon will soon be observed only in the breach.

A framework of responsibility and accountability should not be imposed by government. It must be adopted by a free press community. There must be an effort among those working in the media to understand what their purpose is in a democracy. This purpose – the provision of information that citizens need to be able to participate in public affairs – to be fulfilled, involves media ethics that must be learned and professional values that must be claimed.

A system of self-regulation must involve not just the members of the press; but also the people that media claim to serve. If the media is seen as “the watchdog” of those in power, then who will watch the watchdogs? Ultimately, the people are the real watchdogs. It is they who hold sovereign will.

In response, the public must learn to use the new media, not just for their personal satisfaction; but also as way to build up a learning community. Internet freedom like all freedoms imposes its responsibilities on individuals acting on their own, as they reach out through these venues for communication, using these channels so they can hold a coherent and comprehensive conversation about themselves as a people, their problems and their opportunities.

The framework of governance must include state agencies and public officials learning to engaged the free press, setting up information systems that promote public awareness. Public information must not be something tacked on as an added duty. Information should be part of governance.

Media literacy in this age is an obligatory skill for citizens in a democracy. The public must be aware of media in all its forms, and the frameworks established for their utility to democracy and citizenship. A program on public media literacy should be part of Myanmar’s reform agenda. - Rappler.com

Melinda Quintos de Jesus, executive director of the Center for Media Freedom & Responsibility, delivered this keynote address at an international conference on press freedom on March 10, 2014 in Myanmar.