Najib will weather scandal, but it’s not good for Malaysia or PH 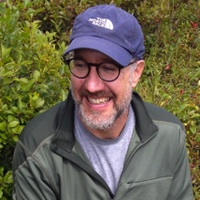 The 1MDB scandal continues to hit embattled Malaysian Prime Minister Najib Razak. The investment vehicle that he chairs is $11.1 billion in debt, and documents leaked to The Wall Street Journal show that some $700 million of 1MDB funds were deposited into his personal accounts, as well as some $560,000 into his wife’s account.

Such allegations should be enough to sink most politicians, but this is Malaysia.

To date, there have been separate investigations by a parliamentary committee, the government's auditor general, the police and the Bank of Malaysia. All have broadly cleared the government of wrongdoing, which is not surprising given Najib's control and influence over them.

The Office of the Attorney General established a task force comprised of the Malaysian Anti-Corruption Commission, the police and the central bank. that is investigating the allegations against Najib more aggressively. To date, it has raided 1MDB offices and frozen six accounts. But the OAG is less autonomous than in other countries and there are limits to how far it can and will push.

But it is the nature of Malaysian politics that gives him the strongest defense. As long as his party and coalition remains united, Najib has little to be concerned about, unless criminal charges against him are filed. A parliamentary vote of no confidence is unlikely, or certainly unlikely to succeed.

Malaysian politics are based on patronage. His ruling UMNO party controls 88 of the 222 seats in parliament, but his coalition partners, the Barisan Nasional (BN), control 132 of 222 seats in parliament (60 percent). While some in his party are loyal to former prime minister Mahathir Mohammad, he's been out of power since 2003; most MPs owe their position, campaign funds, and general slush funds for district spending to Najib.

His coalition is unlikely to defect as well. Key partners in UMNO's coalition, the Malaysian Chinese Association (MCA) and Malaysian Indian Congress (MIC) hold 10 seats between them, and see Najib as the UMNO leader most likely to protect minority rights and appeal to the interest of their constituents. Other parties, in particular, the Serawak-based United Traditional Bumiputera Party (PBB), which has 14 seats, can exact greater concessions through loyalty.

But more importantly, the parliamentary opposition has imploded. The coalition, known as Pakitan Rakyat, was already weakened following its leader Anwar Ibrahim's February 2015 trial and second conviction on trumped up sodomy charges. But it completely crumbled this summer after the internal party election of the Islamist party, PAS, which holds 21 seats, elected the conservative rural clergy as its leadership. This wing of the rural Ulama has been pushing for the implementation of strict Islamic law, including the hudud, which alienated its secular coalition partners Keadilan (28 seats) and the ethnic-Chinese dominated Democratic Action Party (DAP) (37 seats).

Even if a sufficient number of BN MPs defected in a vote of no confidence, the opposition is in total disarray, with no vision or leadership that offers a meaningful alternative. A recent meeting between Keadilan and the DAP degenerated into squabbles. Without a charismatic leader, such as the imprisoned Anwar Ibrahim, there is little to hold together the disparate opposition.

There is a possibility that UMNO calls an early intra-party election, but this too is unlikely. UMNO rank and file support him. Najib appointed many of the 191 division chiefs within UMNO and his patronage ties are deep.

Yet, key members of UMNO’s leadership could potentially withdraw support, not because of the corruption investigation, but because of the deleterious effects that a protracted investigation are already having on the economy. The ringgit is plummeting, now at a 16-year low, while economic growth and exports have already slowed.  Continued low global prices for oil and China’s slowdown, further weaken the commodities based economy. A protracted political crisis will be very damaging to the economy.

Many within UMNO may be concerned that the BN coalition could lose power in the 2016 general election with Najib at the helm; it's hard to imagine him not being a political liability for a party that already lost the popular vote in the 2013 general election, and only has a parliamentary majority due to shameless gerrymandering.

But there is little consensus within the party as to who would be a viable candidate to replace him.  For example, the UMNO vice president and deputy prime minister Muhyiddin Yassin is a known Mahathir loyalist who's been a vociferous critic of Najib, but who’s been unwilling to garner sufficient support.

There is a chance that criminal charges could be filed against Najib. If that happens there will be pressure for him to step aside. But short of that, it is unlikely that he will be forced out. There are no signs of him indicating that he will resign.  If so, expect more damaging documents to be leaked, though that might be insufficient.

Not only is Najib confident that he can weather the scandal, he's starting to go on the offensive using the considerable coercive powers at his disposal. The police are now  investigating the leak of the documents from within the central bank, and at the same time, Najib has called for much more aggressive policing of social media. He has threatened to file a law suit against the Wall Street Journal, though he has been unable to refute the facts. Already Malaysian police have begun investigating The Wall Street Journal, a clear violation of press rights. Najib has repeatedly abused the Sedition Act to silence political opposition, so there is little incentive for watchdogs and the media to dig too deep.

The protracted conflict in Malaysia does have several implications for the Philippines. Even if Najib remains in office, he is politically weakened, preoccupied and ruling with considerably less legitimacy. This bodes ill for the Philippines for three reasons.

First, Malaysia is currently the chairman of ASEAN. The crisis clearly distracts the Prime Minister and his government from devoting their full energies to hosting the slew of economic and political meetings it is to convene this year. ASEAN was terribly weakened by Thailand’s chairmanship in the face of a weak and embattled government in 2009.

More importantly, it will be hard for Najib to be willing to really stand up to China regarding the South China Sea, or maintain a strong united front by ASEAN.  This comes at a centavo time, when the Philippine case is being deliberated at the arbitration panel at the Hague, which will likely provoke more assertive unilateralism by China.

Third, Malaysia still plays a key roll in the stalled Mindanao peace process. Its leadership will be essential once the Senate reconvenes to take up the Bangsamoro Basic Law in the fall. – Rappler.com