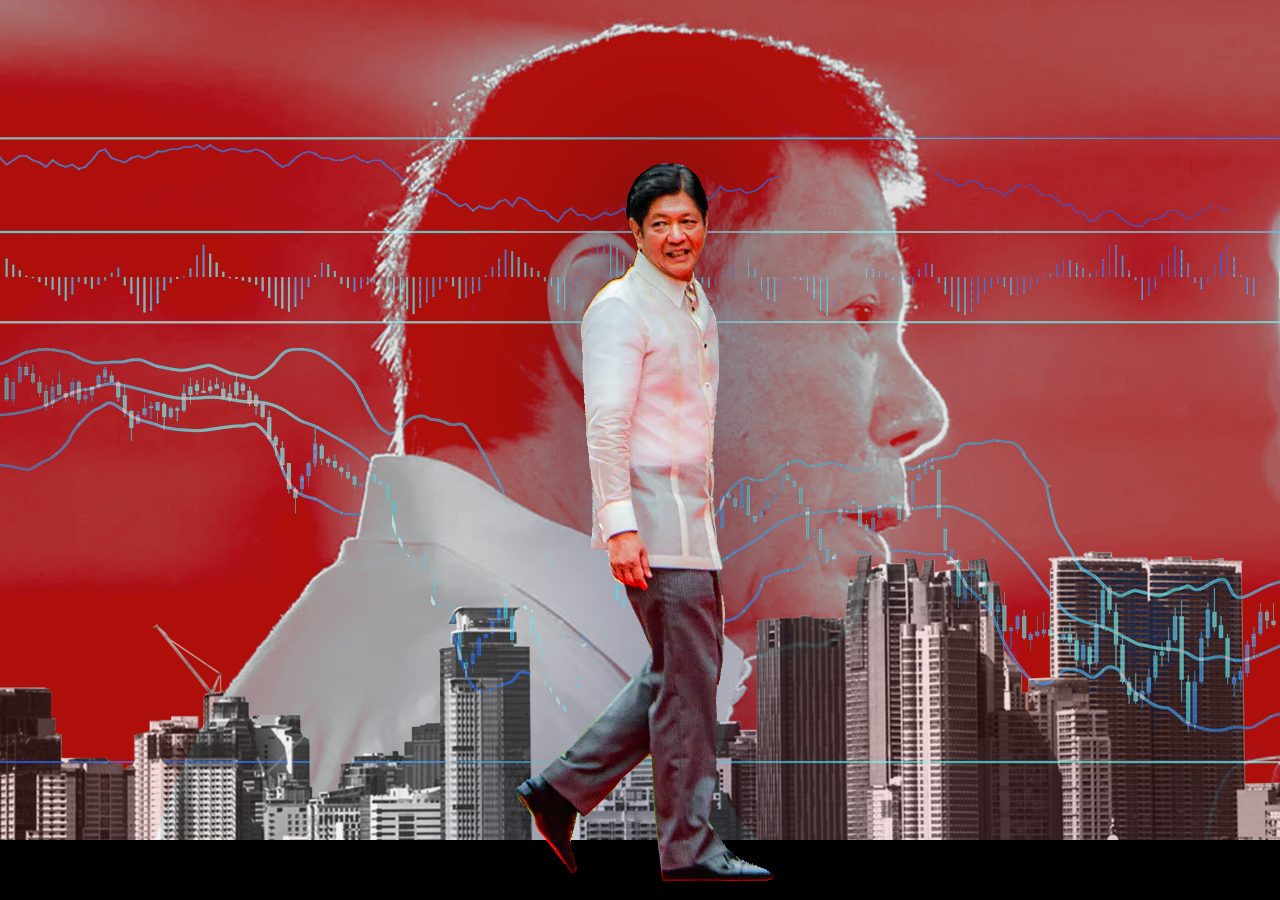 Facebook Twitter Copy URL
Copied
Rodrigo Duterte may have intended it that way, after all, having seen in Marcos the perfect clueless successor – the know-nothing, care-nothing, do-nothing who would allow his regime to rumble along on its own momentum

If Ferdinand Marcos Jr.’s presidency continues in the direction it has taken all these 100 days or so, it should feel like it’s actually his predecessor, not him, driving it.

Rodrigo Duterte may have intended it that way, after all, having seen in Marcos the perfect clueless successor – the know-nothing, care-nothing, do-nothing who would allow his regime to rumble along on its own momentum. It may also explain Duterte’s daughter Sara’s ending up as Vice President to Marcos: it put her in prime position to take over from him once that momentum begins to die away.

Duterte is our Shakespearean fool – the fool who ends up fooling everyone. He even got some of the “valedictorians” he surrounded himself with – those supposedly brilliant ones who only proved sycophantic – to now surround Marcos, too.

Profit and privilege from power may be enough attraction; still, one couldn’t help wondering whether those holdovers were not retained precisely to protect Duterte from prosecution for crimes he is alleged to have committed, or enabled – the large-scale corruption, the thousands of summary killings in his war on drugs, the concoction of rebellion and terrorism charges against the press, the selective application of the law, the general repression, the treasonous deals with China. In that sense, the recycling of Menardo Guevarra from justice secretary under Duterte into solicitor general under Marcos makes him a particular suspect.

More curious than suspicious at first was the appointment recently, upon his retirement, of holdover police chief Camilo Cascolan, as undersecretary of health. What gives the general away is precisely his being an obvious professional misfit in the department – the department happens to have figured in huge money scandals in Duterte’s time. With his lifelong military and police service and his proven loyalty to Duterte, not only is he a perfect pick for having Duterte’s back, he also advances the militarization of the bureaucracy, which itself should continue to serve Duterte’s interest.

The military and security services were among Duterte’s long-term investments: he doubled the salaries of soldiers and policemen and strategically placed their chiefs in the civilian government after their retirement. One of his most profitable investment is retired general Ronald de la Rosa, former police chief of Davao City, the Duterte dynasty’s fiefdom. Duterte brought him to Manila and made him chief of the national police, then got him elected in the Senate, where he now performs as his most voluble champion.

Marcos himself has enough vulnerabilities of his own to find it expedient to go along with Duterte. For one thing, he, too, would want to escape accountability, for, among other things, his share as an heir to his parents’ plunder, amassed during their conjugal dictatorship, 1972-1986, and valued at $10 billion. Indeed, he and his family owe Duterte for remaining untouched. His mother, Imelda, herself convicted of graft on seven counts, has not served a day in jail. Not to mention, his father, Ferdinand the Dictator, got his entirely undeserved hallowed hole in the national graveyard for heroes, again on Duterte’s sponsorship.

If Ferdinand Jr. has been successful so far in anything at all, as President, it is in distracting the nation from the monstrosities perpetrated by his family – scarce mention, if at all, has been made of them since he took office. In fact, to add insult to injury, a vigorous campaign is afoot to deodorize the 14 years of torture, murder, and plunder under Ferdinand Sr.’s martial rule. The campaign’s falsified account of it has already found its way into school books. It is woven around the original slogan in which martial law was sweet-coated: New Society. The slogan has been definitively debunked as a fraudulent portrayal of the time, but it somehow resonates in this era of fake news, a generation later.

And that is the supreme falsehood that Ferdinand Jr. seems intent on devoting his presidency to feeding, as evidenced by his preoccupation with speechmaking and other public posturing. Someone must have told him that, with that voice, that delivery, those mannerisms, whose likeness to his father’s is so uncanny, he must be his father’s divined reincarnated redeemer. It’s no more than a superficial similarity, really, but that has been remedied: Junior opens his mouth without saying anything; he’s trying to kill it with form and platitudes.

From him, I remember only two specific promises, and that’s because in these desperate times those are the sort one waits to hear. He said he would bring down the price of rice to P20 per kilo and hold the rate of price increases at 4%. Both promises grow more incredible by the day: Not even inedible rice comes close to his price, and inflation for last month, at 7.7%, has been the highest since the global financial crisis in 2008.

Meantime, the Duterte regime goes on – through a surrogate president. – Rappler.com