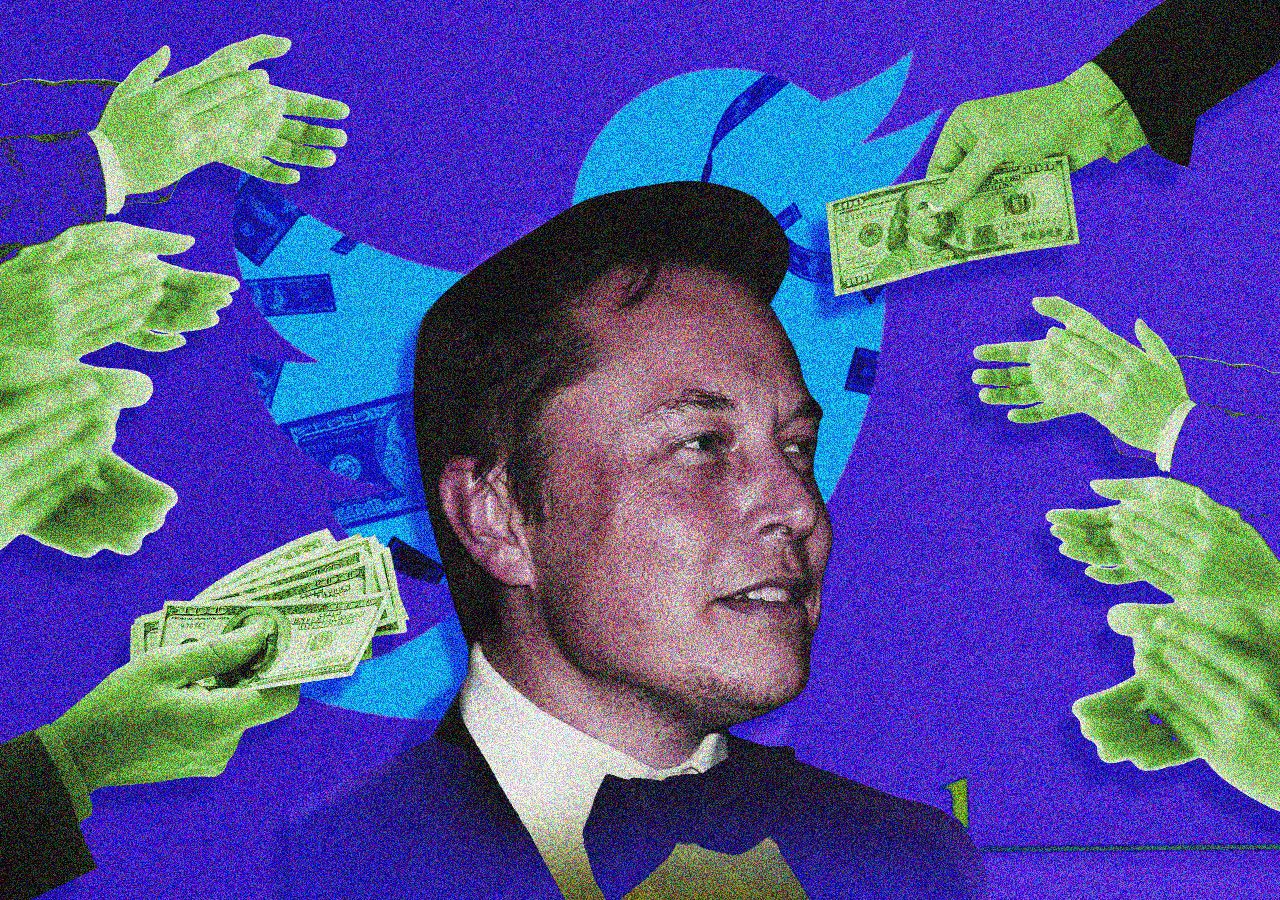 To buy Twitter, Elon Musk had to pay not only the $44-billion acquisition price but also what are called closing costs. The total amount was substantially higher: $46.5 billion. A consortium of major banks, including Morgan Stanley, Barclays, and Bank of America, provided Musk with almost $13 billion in debt financing. In other words, aside from putting up his own money (largely by selling Tesla stock) and convincing investment funds to take a stake, Musk had to take out a loan.

At around the time the acquisition was completed, at the end of October, the banks were already looking at a potential loss of half a billion dollars if they had sold their debt then. Now, according to a Reuters report based on a Financial Times story, the banks are looking to hold on to their debt (that is, not sell them off), having “conceded they will be stuck holding the debt on their books for months or even longer and will probably end up incurring huge losses on the financing package.”

Question: How was it possible that ostensibly responsible bankers approved a multi-billion-dollar loan that started losing value the moment the loan was cleared?

For ordinary people like you and me, these sums are unreal. Is there any difference between $1 billion and $13 billion, or $44 billion, for the proverbial man or woman on the street? But we presume that bankers (and investors, venture capitalists, entrepreneurs) appreciate the true weight of money. Why then did these bankers back a businessman who did not in fact want to proceed with the acquisition and had to be forced by litigation to complete the purchase?

The answer must lie in a form of collective magical thinking: These bankers and investors believed in Musk, despite the lack of substance in and even the absurdity of his plans for improving Twitter’s business prospects.

Last May, the New York Times obtained a copy of the presentation slides – the pitch deck – that Musk used to court investor support for buying Twitter.

And yet one of the first things Musk did when he took over Twitter was to fire half of the staff. Over 1,200 more employees resigned after he set a deadline. How can Musk possibly make good on his other grandiose plans for Twitter? He has less than a third of the work force he said needed to be in place by this year.

And it’s not as if Musk’s drastic moves were a surprise. His track record at Tesla, the electric-vehicle manufacturer, and at SpaceX, the rocket business, should have warned  bankers and investors that self-created chaos was his playbook. Musk “clearly thrives in existential circumstances,” a former Tesla engineer told the Times.

These numbers are literally incredible: hard to believe, or even credit. This is the business bullshit that the bankers bought? This is the BS that magical thinking sold. Never mind the Qatari or Saudi investors, who may only need to answer to their sovereigns, but what about the suits in Morgan Stanley, who agreed to loan Musk about $3.5 billion? Do they still have a job?

I suppose the answer here is the other side of Musk’s track record; bankers and investors can point to his success at Tesla and at SpaceX.

But the free market these capitalists supposedly believe in has in fact been driving down the value of Tesla for a year already. Just last Monday, Bloomberg reported that Musk’s net worth shrank by $8.6 billion. He lost more wealth in one day than the entire fortune of the single richest person in the Philippines, Manny Villar.

In the first 11 months of the year, Musk’s net worth fell by an astonishing $100.5 billion – equivalent to about one-fourth of the Philippine GNP. The scale is staggering in itself, but the losses are something else. The cause is clear enough. Fortune magazine noted that since November 2021, when Musk’s wealth was at its peak, “Tesla’s stock has fallen more than 59% as growing recession fears, slowing EV demand, and Musk’s Twitter acquisition have weighed on investors’ confidence.”

Tesla is the main source of Musk’s wealth. Aside from internal problems (the most recent recall involved 300,000 cars with a factory defect) and economic difficulties (more expensive raw material, more restrictive China market), Tesla also has to contend with Musk’s new acquisition, Twitter. Some investors “worry that Tesla’s strategy may fall to the wayside” (Fortune); other investors fear that “the billionaire is spreading himself too thin” (Bloomberg).

But the real problem is that, in late capitalism, billionaires can lay it on too thick—and bankers, investors, venture capitalists are only too willing, too gullible, to believe them. – Rappler.com

Veteran journalist John Nery is a Rappler columnist and editorial consultant, and host of the public affairs program “In the Public Square.” The show streams at 8 pm on Wednesdays.