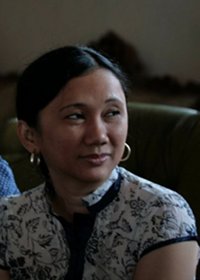 (Disclaimer: I'm not related to Nora Villamayor, as people have asked me in the past. Five letters keep us from being part of the same clan. This is not one of those testimonials from family members defending relatives in the dock. Also, if you have not seen any Nora movies, SPOILERS down below.)

Drugs? Drugs. Past drug use, according to the President, is the reason why he blocked Nora Aunor's confirmation as National Artist. Really? Really. Daw.

Yes, I understand that the President did not do anything illegal by exercising his prerogative. I also understand that the President cannot confer presidential honors on anyone who has violated the laws of the country he presides over. It may be an award for artistry but artists are still citizens of the republic and are not above the law. I get that.

Well, as long as we're being punctilious about legal protocols, it turns out that Ms Aunor was never convicted of any drug offenses in the Philippines or the US. In fact, the President's own people (Malacañang Honors Committee) cleared Aunor at the end of the rigorous three-tier vetting process for National Artist nominees as being of "good standing." I suppose that means that they did their research and established that she is not a convicted felon.

But that was not good enough for President Aquino. He has found her guilty by presidential fiat. Why he insists on doing this, we can only speculate. Before an explanation was dragged out of him, all manner of theories floated about:

He is a rabid Vilmanian. I doubt this somehow. Can you picture him watching Burlesk Queen or Rubia Servios? In a crumbling theater (pronounced chatter, by the way) on Avenida Rizal? Nah.

A Sharonian? More plausible. His parents are a tough act to follow. Some old politician must have said to him more than once, "You are nothing but a second rate, trying hard, coffee cup!" Splash.

He hates Nora's politics. And her politics are rather unfortunate. Affiliated with Erap, FPJ, the Marcoses. Then again, that also goes for Amay Bisaya. I therefore conclude that Amay Bisaya will never be National Artist because of his politics.

He saw Nora Aunor's films early movies as a child and is still traumatized. Cinderella Ago-go, Super G, Lollipops and Roses. This would explain everything.

He has never seen a Nora Aunor film and thus cannot appreciate her body of work. Good news: We can fix this!

I recommend 3 Aunor films for his enjoyment and edification.

First, Minsa'y Isang Gamu-Gamo. A family lives on the edges of a US military base and are treated like pigs. Intense and still relevant today. Useful for historical cues when dealing with American military forces in Philippine territory. Kapupulutan ng aral.

Second, Himala. Desperation, faith, hypocrisy. The most iconic line of dialogue  in Philippine cinema is in this film. Not sure what the Jesuits think of it, and it was made within the auspices of Imee Marcos's Experimental Cinema of the Philippines. But I'm sure the President can make up his own mind.

Third, Bona. This is my favorite. The superstar playing a devoted fan, a woman spurned and exploited.  Yes, the presidential sister's ex is in it back when he could still act but if we exclude all films with her exes in them, he must also not watch Kapit sa Patalim, Tagos ng Dugo and Bagets. Focus, Mr President.

(Hoy, Noranians, don't slam my choices if your favorites are not among them. Make your own list of the Three Essential Nora Aunor Films for the Non-Bakya Audience. Together we can endorse her entire filmography.)

Somehow I doubt the President will watch these or any Aunor films. He's a busy man. He has got the NCCA and the CCP to deal with all this cultural stuff. Oh yeah, he ignored their recommendation. To him, she's not good enough because her personal life is not a showreel for the Mother Teresa auditions. Just say no, and all that.

Well, President Aquino need not worry about sending out the "wrong message" with his decision. The message is loud and clear. We know what Nora Aunor stands for, we know which aspects of her extraordinary life to admire and aspire to.

This is an artist who was so poor she sold water to train passengers. Water. Because she had nothing else to sell, no capital with which to buy or make stuff to sell, no hope of getting further education, no prestigious surname to bank on, no wealthy relatives to support her.

All she had was talent. So she polished it, rehearsing every day as she went about the daily chores of survival, then scraped together her fare to Manila. She refused to stay in Bicol and sell water forever, to become a servant in anyone's household, to marry any poor fellow who might take her off her parents' hands.

Because she had a dream – a big, crazy dream that her circumstances all but told her not to entertain. She knew that if she could only get her foot in that studio door and sing, her voice would silence the crowd. She believed that she could beat her competitors – the fair-skinned girls and boys, the ones who had had music lessons, the more telegenic ones with better clothes. And she did.

Even more astonishing: When she outgrew the silly musicals and teeny bopper roles, she decided she would move on and do meaningful, groundbreaking work as an actor. She worked with the best film makers and took on the riskiest, most unglamorous roles to tell the stories of her countrymen. The difficult, discomfiting stories of the desperate, the resilient, the brave. In the process, she won just about every award the local film industry had to offer, plus international acclaim. This woman was "world class" even before the term was invented.

Best of all, she subverted the archetypes and ideals we held about Philippine movies, movie stars and ourselves. Suddenly, the face looking back at us from the screen was no longer the mestiza being serenaded by her many suitors or the Hollywood star look-alike woodenly delivering her lines. It was a brown face and those eyes. The eyes of a servant wronged, of a visionary confessing to her followers on a barren hill, of a prisoner trapped in a nightmare and facing death.

Genius emerging from the most deprived background, ambition and audacity, hard work, excellence, charisma, humility, spectacular success against overwhelming odds. The President does not recognize how amazing the Nora Aunor story is because his own narrative is so far removed from it. Hindi naka-relate. - Rappler.com