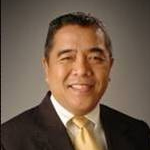 The board was formed on the basis of RA 10368, passed into law during last year’s anniversary of EDSA 1, February 25, in order to “provide for reparation and recognition of victims of human rights violations during the Marcos regime.” It was steered through Congress by Edcel Lagman, the oppositionist stalwart who himself lost two brothers – Hermon, a Christian leftist and desaparecido from the seventies who was almost certainly a victim of State violence; and Popoy, the flamboyant agitator who, four decades after Hermon, is believed by many to have ended up a casualty of the fratricidal violence that has familiarly engulfed the Left.

Beyond the human tragedy in the loss of both lives – or of any other life, for that matter – lies the historical tragedy with which we must still reckon: how it came to pass that the black-and-white clarity of the morally outrageous act inflicted upon Hermon, has over the years lapsed into the ambiguous shades of gray that surrounded the passage of Popoy, who may have been gunned down for no better reason than ideological differences  or, worse, just conflicting personal ambitions.

Amid the passions of the seventies into which my generation reached adolescence, it seemed crystal clear who were the bad guys. The Vietnam war –what would turn out to be the last “white man’s war” in Asia – was being provendered from giant military bases on our soil, the perfect emblems of “US imperialism.” Today, of course, Vietnam has overtaken our own country as a haven for US investment – did they even need to take that detour into communist leadership? – while China rattles her saber at us with impunity because – according to knowledgeable sources—she no longer has to worry about those same US bases that we kicked out twenty years ago.

The burning of several barrios in Bantay, Ilocos Sur, in 1969 by bad boy Bingbong Crisologo was an abuse of feudal authority that radicalized one of the young officers sent to secure the area: Lt. Victor Corpus, who would later defect to the New People's Army. Bingbong went on to become a Born-Again minister, while Vic resumed his military career and even headed up the AFP’s intelligence service for a while. As for the “feudalism” that FQS placards routinely railed against, the passage of one land reform law after another has badly failed to deliver better agricultural productivity or higher farm incomes, while the ruling families outside Metro Manila have simply changed names from one decade to the next.

Bureaucrat capitalism—the third evil in the Left’s unholy trinity—was personified in 1970 by the gory presidential elections of 1969, ruled over by “guns, goons, and gold.”

Today, we have gone through two automated elections, in 2010 and 2013, whose very integrity was credibly compromised by widely-documented misuse of the PCOS machines. Despite the avowed “daang matuwid” of the current administration, corruption and inefficiency – the twin diseases of a sick bureaucracy – still run wild: from KKK to PDAF to DAP, from runaway smuggling to greater drug activity and a general decline in peace and order, from undelivered infrastructure to unpunished wrongdoers (as long as they weren’t part of the previous administration).

Truly, only the long view of future history can give us proper perspective on the seemingly self-evident “truths” of the present. When President Marcos declared martial law in September 1972 “in order to save the Republic and build a New Society,” the Left  joined the political opposition in booing and jeering him. Already nearly a year behind bars on that fateful day, I still held to the canon of my comrades: The saving of this country lay only in the hands of a revolutionary worker’s party, leading a heroic worker-peasant guerrilla army, sheltered by a broad coalition of all other nationalist and democratic forces.

Many years later, from the sanctuary of political exile in the US, I began hearing deeply disturbing rumors: that the bombing of the Liberal Party rally in Plaza Miranda in August 1971 had in fact been carried out under orders from that same worker’s party. It was a typically Leninist tactic: unleash terror in order to provoke counter-terror. Marcos had been right after all, at least about saving the Republic!

Today, as the newly appointed martial law victims claims board starts to settle accounts with the casualties of that counter-terror, they are certainly entitled to ask what right many of those casualties have to seek compensation.

After all, the organizations to which they belonged were led by a violent political party that deliberately targeted the murder of innocents in a public event in order to provoke an even more aggressive State reaction, one that they knew—and probably hoped—would sweep up the innocent as well as the guilty in its violent embrace.

Challenge for the board

Where then might lie the claim to justice of those who were co-conspirators and co-actors in the declaration of martial law?

This question will be difficult to answer. The complexities of that answer will lie, not in the big picture – already evident from the broad sweep of events credibly attested to – but in the minutiae of individual lives, in personal decisions and actions taken that must be summoned up by memory so many years later.

It is a task I hope the new claims board will be up to. At the very least, I will expect the new board’s chair – a retired lady general of the PNP who was an avowed anti-drug crusader – to make sure that monetary claims paid in good faith by the State to former members of an insurgency that is still on-going, will not be diverted for the benefit of that same insurgency.

At the end of the day, what really matters to me is not admissions of past guilt or injustice, but, fundamentally, the rightness of any transfer in charity from those who have to those who have less.

In 1970, Gary Olivar was a member of the UP Student Council and the Philippine Collegian staff. After release from detention in 1973, he earned graduate degrees from UP and Harvard and went on to a career in banking and telecoms in the Philippines and abroad. He served as the economic spokesperson of former President Gloria Macapagal-Arroyo.