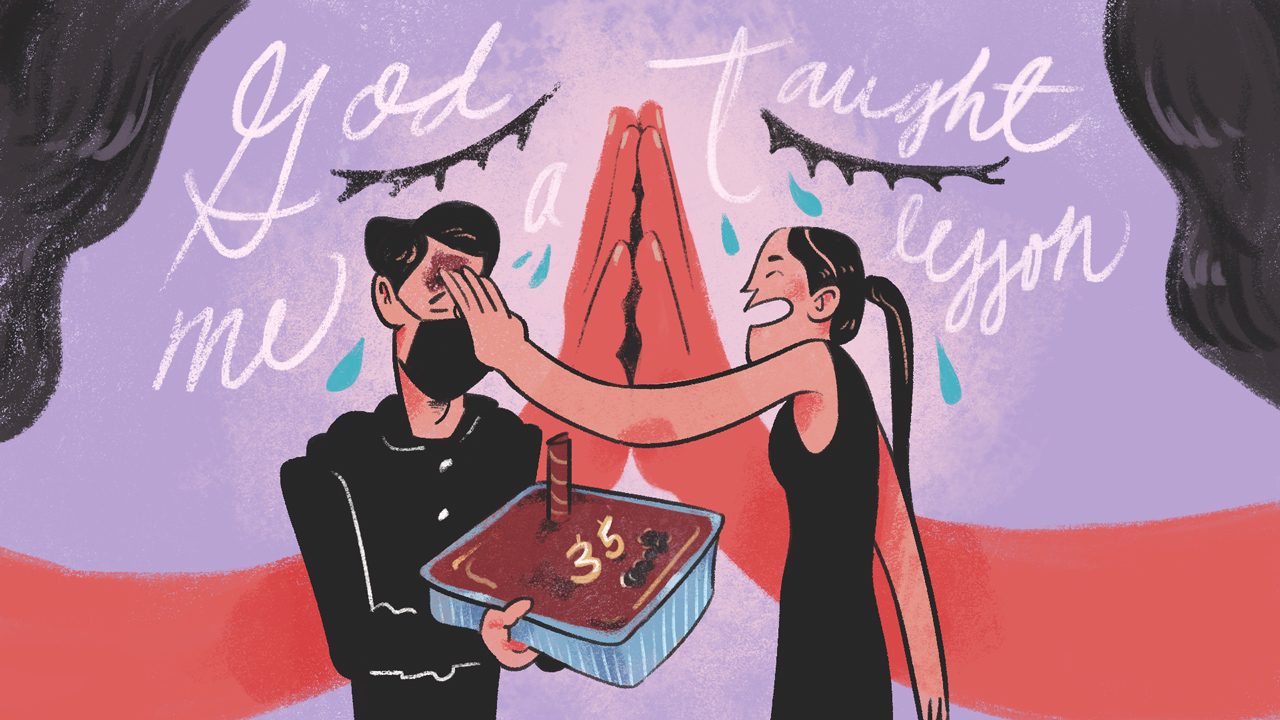 Facebook Twitter Copy URL
Copied
On her birthday she made fun of a waiter. Her apology failed to recognize what exactly went wrong.

Such is the pattern of virtue signaling. For those who don’t know it, virtue signaling is the “attempt to show other people that you are a good person.” This may come in many forms, including wearing statement shirts, denouncing racism online, and, yes, quoting the Bible.

The last one is common as it’s arguably effective. In a country like the Philippines, to be religious (or appear so) is in itself a virtue. Case in point: Always nice to introduce a devout boyfriend to your parents (#GodsBest and #TrueLoveWaits).

Make no mistake. Virtue signaling is a derogatory phrase. You typically use it to describe someone you believe is only grandstanding. A hypocrite, in other words, who does it for clout.

To be fair, none of us can fully know a person’s underlying motives. If we’re honest about it, we sometimes find it difficult to explain even our own behavior. As an empirical discipline, sociology restrains me from making any authoritative statement about one’s “true” motives. One can’t simply know.

But this does not stop us from reflecting on virtue signaling, especially if expressed in the Christianese language. I say this because religion is consequential. While faith may indeed drive people to do what’s right, it’s also convenient to deflect one’s moral responsibility.

In other words, invoking God or citing a heartwarming verse may show that you’re a good person. But like any other form of virtue signaling, it may also be a convenient excuse to not do anything else.

The woman of the hour is of course Alex Gonzaga. On her birthday she made fun of a waiter. But like all good things, her fun came to an end. Immediately so.

After earning people’s ire on social media, so much damage control had to be done. The plot was so thick that none of her movies could compare. Some celebrities first came to her rescue. And then it was her friends. And then some influencers. And then the husband too.

She also had to see Kuya Allan (the waiter), who, for some strange reason, had to sign a note that all is well that ends well.

And right when all of it was proving to be hopeless, Alex broke her silence.

In a viral post, Alex offered a confession that surprised no one: “On my birthday, God taught me a hard and important lesson. Humility, kindness and better judgment.” She then apologized to Kuya Allan and her family before concluding, “I will rise from this a wiser and better person.”

What caught people’s attention was that it was an apology that revolved around, well, Alex. The statement was ultimately about becoming a better person as a result of this crisis.

None of it recognized what exactly went wrong.

True enough, when analyzed closely, what happened was multilayered: the power asymmetry between the celebrity and the waiter, the humor at the expense of another person, and the laughter around that made all of it seemingly harmless.

This virtue signaling worked. By appealing to God as the one who orchestrated all of it to teach her a lesson, Alex has in effect evaded these fundamental issues.

Indeed, for Alex and her many supporters, that God taught her a lesson to be humble and kind was the most beautiful thing that came out of this crisis. In the words of one fan: “We love you Alex…People with full faith in Him don’t easily get disheartened. You said sorry and I think that’s enough…Don’t mind the negative words. You and your God know.” And as a rebuke to Alex’s critics, one turned to John 8:7: “He who is without sin among you, let him first cast a stone at her.”

Reading these words, one wonders whether Mikee was shifting the blame back to Alex’s critics. But that’s not the most important thing. Instead it’s that he invoked God’s mercy. One of course wonders what form of healing he was thinking of and whether it was also for Kuya Allan.

Truth be told, the issue here is not just Alex. What transpired in the past days reveals much about religious life in Philippine society.

When all that this crisis boils down to is “God taught me a lesson”, one immediately sees that this Christian worldview is narrow-minded. Always about me, and never about the people I’ve caused so much pain. It’s the tragedy of Christianity as we know it in this country – selfish and self-absorbed.

And yet virtue signaling in the Christianese language is effective precisely because it draws on the power of God and the Bible. When God’s mercy and healing are all brought in, the tables are turned in a way that the one who is aggrieved has no other choice but to forgive. To do otherwise is to be hateful and even unchristian.

This religious worldview has far-reaching consequences. It cheapens forgiveness and evades justice. The recent elections testifies to this point. Built on a message of unity and healing, BBM’s presidential campaign was at its core deeply religious.

Everything about his campaign signaled that he was a good man whose family had been unjustly persecuted since 1986. And yet despite it all, BBM called for forgiveness so that the rest of us could move on. The olive branch had been extended. To reject it was unchristian.

This Christianized form of virtue signaling is a narrative that has captivated many Filipinos.

Is there any redemption?

For what it’s worth, the recent events surrounding that birthday cake reveal that pushing back does make a difference. Virtue signalling, in other words, may evade so much accountability but it can only do so much in the face of resistance. Reclaiming the place of justice in our public life is one way of doing it.

Reacting to Alex’s statement, the theologian Jeanne Peracullo offers a reminder that needs to be repeated again and again: “Apology should come with reparation to make things right.” Wanting to become a better person, in other words, is not good enough. – Rappler.com

Jayeel Cornelio, PhD (TOYM 2021) is a sociologist of religion at the Ateneo de Manila University. Follow him on Twitter @jayeel_cornelio.