Facebook Twitter Copy URL
Copied
Failure to address this humanitarian crisis – yes, it has reached crisis proportions due to impunity – in real time and in real ways reveals something alarming about our candidates: they simply don't care

A writer trapped among a speechless people is in danger of being speechless himself.

When the author James Baldwin wrote this line in an essay of fewer than 500 words, it struck a chord in me I couldn’t first explain. How can a writer be speechless, or worse, source his ability to write or speak on the public’s facility – or lack of it – to think and express themselves? Aren’t writers intellectually autonomous from the crowd, a self-determining force whose experiences are, by turns outrageous and anarchical, sufficient?

Not quite the answer I was expecting when Baldwin added, “For then he has no mirror, no corroborations of his essential reality, and this means he has no grasp of the reality of the people around him.”

This brought me back to a conversation with good friend and novelist Edgar Calabia Samar during one rowdy night in Lucban, Quezon roughly six years ago. Booked to deliver a series of journalism lectures to close to 1,000 campus journalists across Southern Tagalog in the next three days, the lecturers decided to kick off the first evening at a 7-11 store fronting the plaza. The curfew on beer purchases forced us to grab some bottles and park our tired little feet at a quadrangle in the middle of the road.

It was an hour past midnight and the earlier visit to an out-of-the-way watering hole did much to get us all tipsy. And since it was my first time to share a bottle or two with the man of Janus Silang fame, to say little that I was a frustrated novelist, I grabbed the chance to ask the author about the craft.

It didn’t take long for the conversation to turn “political.” At the time, stories of journalists being murdered had reached the headlines. “This problem of journalist killings has always troubled me,” I said. “This has been happening across several administrations since Marcos and no one seems to want to address it even after he was ousted. It’s always the economy.”

This hardly stopped Egay from saying, “I envy journalists. Some of us writers in the academe see reality only from the vantage point of someone holed up in their writing rooms. You’re in the middle of it all, seeing things as they are.”

This led me to reflect on the future of journalism and journalists post-Duterte. Will journalists simply hang on the promise – particularly “a return to democracy” – once Duterte steps down from office? Because so far as the history of political campaigns is concerned, what passes off as a “return to democracy” is nothing more than hollow words that have sadly become all too familiar, if not devastatingly alarming.

Under Cory Aquino, 21 journalists have been murdered, with 11 during the presidency of Fidel V. Ramos and six under Joseph Estrada’s three-year term prior to impeachment. Gloria Macapagal-Arroyo stamped the most number with 104 journalists, more than 30 of whom under the bloody hands of the Ampatuan clan. The first 40 months of Benigno S. Aquino III were reportedly stained by the blood of 23 journalists, and this despite a first State of the Nation Address promising “swift justice” for murdered newshounds. In 2013, under PNoy, the Philippines landed in the top 5 most dangerous places to be a journalist. All throughout these different administrations, few of the culprits, if at all, faced jail time.

Under Duterte, from 23 to 25 journalists have already been gunned down.

Bearing witness to corruption and atrocities is not an easy job. Press freedom means that if a reporter reports on murders, the same reporter should not end up as a cold carcass on the road. In this country, if you walk too close to the halls of corruption, you might just be tempted to grab the buck and run with it. Speak out against rape and you may be threatened with the same. Journalism is not out to save the world. What it offers people, in reality, is a fighting chance. A chance to know, and therefore, decide which road to take. To insist on explaining the riddle behind the false narratives, the whys and wherefores behind political shenanigans – they all come with the job. The job itself, its very obligation and prerequisite, puts the journalist in the line of fire. Why? Because powerful people don’t take kindly to being exposed.

Approximately 1,437 journalists have been killed from 1991 to 2022 worldwide. Failure to address this humanitarian crisis – yes, it has reached crisis proportions due to impunity – in real time and in real ways reveals something alarming about our candidates: they simply don’t care. Promising economic Nirvana falls desperately short if and when this issue is not resolved.

For what good can economic prosperity bring if the public is left to scrounge for needed information that could help them decide? What good would additional salaries do for workers and farmers if journalists are slaughtered for simply doing their jobs? Aren’t journalists workers, too?

There are sinister implications in refusing to address the problem of journalist killings, the most disturbing being its continuity despite a change in leadership.

This is why it is imperative for candidates and their supporters to raise this problem – and address it – as an election issue. To tear down the brutal system Duterte has used to destroy our institutions, it is crucial for the future president, and the public as well, to ensure that journalists are protected.

No presidency can lay claim to being democratic if journalists remain the target of harassment, surveillance, and assassinations. The next president must put a stop to this.

Thus, anyone who thinks of the free and independent press as the enemy is the enemy of democracy. 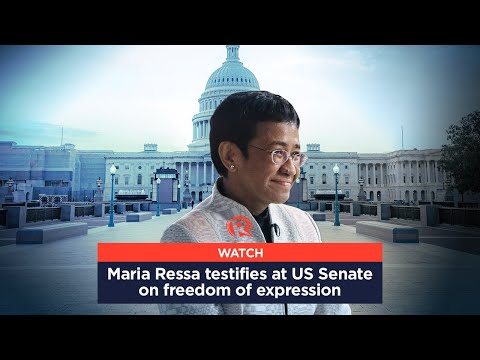