Facebook Twitter Copy URL
Copied
'When the sanctioned country is brought down to its knees, it brings down with it its own people'

All this news about the invasion of Ukraine by Russia have rightfully made people jittery and scared. Some are seeing signs of a possible world war with the tensions in Europe spilling over to other parts of the world. In fact, the breach of Taiwan’s airspace by nine Chinese aircraft on the same day as the Russian invasion was seen as an indication that a similar move may soon be made by China in its attempt to reclaim Taiwan.

As expected, the Russian incursion to Ukrainian territory was immediately met with condemnation from several countries. These countries, led by the US and the EU, warned Russia that its invasion will not go unpunished. Sanctions were threatened to be imposed on Russia.

Since the much criticized Russian action was military in nature, some observers were expecting counter military measures will be launched by the US and its allies. Thus, images of tanks, missiles, and fighter planes were conjured in the minds of these observers who think that a military counter strike is needed  to stop the Russian invasion.

What’s interesting, however, is that the sanctions so far implemented by the US and its allies were not military in nature. Rather, these were sanctions involving or affecting the banking and financial system. The US made it clear that it decided to impose these financial sanctions as a punitive measure against Russia.

US President Joseph Biden declared that access to the US financial system by Russian banks and high ranking government officials and oligarchs had been curtailed. This means that they will no longer have access to the US dollars, which is the de facto global currency. This will adversely affect Russian import and export trades as these cross-border transactions rely heavily on the use of US dollars for payment and settlement. Meanwhile, Russian officials and oligarchs may find their assets and investments in the western countries frozen or difficult to move or liquidate. There are likewise ongoing discussions to remove Russia from SWIFT. UK Prime Minister Boris Johnson is the most ardent supporter of this move among the western leaders. Political commentators have referred to this move as the “nuclear option.”

Although no actual cash goes through SWIFT, the messages sent via SWIFT are critical for banks in completing payments and settlement transactions. Thus, removing Russia from  SWIFT will immediately cut off Russian banks from this “group chat of financial institutions.” This in turn will prevent the transfer of cash, whether going in or out of Russia, and preclude the settlement of transactions. This will negatively impact the import and export of Russian oil and gas, since payments for such transactions can no longer be processed via SWIFT.

It was estimated in 2014 that Russia’s GDP would shrink by 5% in a year without SWIFT. The impact to the Russian economy would therefore be substantial and immediate.

And there lies the power of using the banking and financial system as a weapon of war. Its adverse effects to the country subjected to this kind of sanctions would be severe and immediately felt. It can bring the country to its knees without sending an armada of tanks and fighter planes to the territory of the rogue state. It is the equivalent of hitting someone in the pocketbook. Since no actual army is being sent to the enemy’s territory, bloodshed and casualties on the part of the sanctioning country are avoided.

Use of this weapon of war, however, has its downside. Foremost of which is the fact that its adverse effects will be felt not just by the political leaders and elites of the erring state, but also by its people. When the sanctioned country is brought down to its knees, it brings down with it its own people. Hence, using this weapon requires a balancing act between the need to make it effective and the desire to be compassionate with the innocent citizens of the country.

2 of Russia’s billionaires call for peace in Ukraine 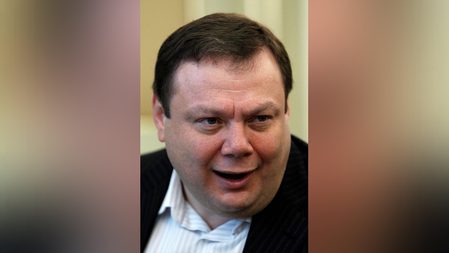 Another possible downside is the politicization of what would normally be considered a “neutral utility.” SWIFT, as discussed earlier, is primarily an operations tool used in payment and settlement transactions. Its members rely on this tool knowing that it is primarily used for business, and not political, purposes.

In fact, they have already done it before with Iran which was banned from SWIFT to stop it from pursuing its nuclear ambitions. Using the threat of removal from SWIFT against Russia this time will confirm the suspicion that this operations tool has indeed been weaponized. This may lead other countries to set up their payment and settlement system outside of SWIFT to prevent detection and retaliation. In fact, China and Russia had done this already, but have not been successful yet given that the members of the systems they have put up are quite few compared to SWIFT.

The interconnectedness of the global financial system has made it possible for the political leaders to use the banking and financial system as a weapon of war. This interconnectedness, however, can also be an effective instrument of peace. It can serve as a powerful incentive for countries to avoid wars since these violent adventures will inevitably result in the crash of financial markets and other adverse economic effects.

So far, in this Russia-Ukraine crisis, we have already seen stock and bond markets getting spooked and prices of commodities skyrocketing in anticipation of a full blown war. The effects of a war may prove to be too costly, which makes peaceful negotiation and diplomacy between countries with conflicting interests much more desirable than a war of attrition. – Rappler.com

Roberto L. Figueroa is a Professorial Lecturer in Banking and Financial Law at the UP College of Law. He is also a graduate of Harvard Law School with a concentration on International Finance.