[OPINION] Bridging memory and hope in the run-up to 2022 Facebook Twitter Copy URL
Copied
'Unless we wake up and loudly denounce what is taking place right before us, then we will be condemned to relive this nightmare'

Almost half a century ago, Ferdinand Marcos declared martial law throughout the Philippines in the guise of protecting the country from a communist insurgency. At 7:17 pm on September 21, 1972, the president-turned-dictator placed the entire country under martial law, which would last nearly a decade and a half until he was unceremoniously bundled out of the country on February 24, 1986, deposed by the wrath of an enraged population.

Marcos’ bold and brazen act, self-serving in its intent, dismantled democratic institutions. He locked the legislature to silence those who dared dissent. His actions decimated the opposition, and muzzled Asia’s most vibrant press. He made life difficult if not impossible for those who raised their voices most vigorously against his regime, and imprisoned and tortured many young people who publicly dared to take a stand. He dashed the dreams of a generation. My own social awakening took place in this period, and it took place twice: once, when my father, a public health practitioner, took me along with him while he visited hospitals in different parts of the country, exposing me to the poverty and inequality that prevailed in our isles; and the second, when I saw police brutality in front of my eyes at the steps of Congress after Marcos had delivered his State of the Nation address on January 26, 1970 while truncheons bloodied protesters. On the 30th of the same month, I witnessed the so-called “Battle of Mendiola” together with my former high school classmate and then-UP student leader Enrique Voltaire Garcia. In less than a month on February 17, I became the accidental co-founder of the militant non-violent movement we called “Lakasdiwa,” which drew inspiration from Mahatma Gandhi’s “satyagraha” (strength of spirit) and “ahimsa” (respect for others and fidelity to the truth).

As behind-the-scenes preparations take place in the run-up to the 2022 national elections, it is important to look back on this ignoble period in our recent history. Those who wish to revise history together with their allies, and those who were once the enablers of this infamous period in our recent past are, once again, knocking loudly on the doors of power. Their shadows loom large in our inexplicably bizarre world of politics. They attempt to rewrite the past in order to secure their future. Unless we wake up and loudly denounce what is taking place right before us, then we will be condemned to relive this nightmare, victims of our inability to learn the lessons we cannot afford to ignore.

Reflecting on the practice of politics

Politics, as some authors suggest, have a way of emerging in our consciousness first as tragedy, and then re-incarnating as farce (paraphrasing Karl Marx’ dictum that history repeats itself, first as tragedy, then as farce). It is this re-alignment of forces in our midst that provides us with some pause and a serious moment of reflection.

What we now face as a people are life-and-death decisions as we try to stem, mightily as we must, the tide of the pandemic and its consequent devastation in terms of the nation’s economy and the livelihoods of our people. Our future cannot be entrusted to those who have a track record of subservience to interests other than that of the sovereign people, particularly those who are most vulnerable in our midst. Blighted by disease, hunger, and the scourge of calamities, both natural and man-made, we now have a rare opportunity to right the wrongs of the past and the present.

[OPINION] A republic, and we intend to keep it 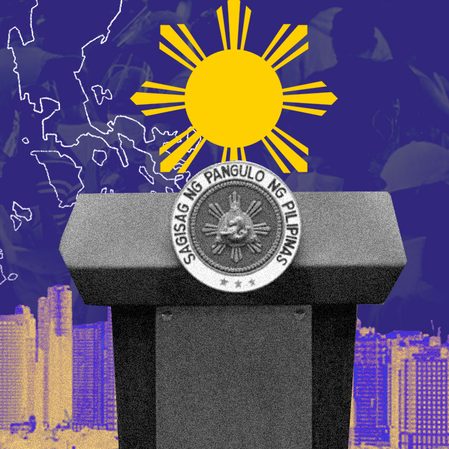 The deadline for the filing of candidacies for public office will soon be upon us. It is imperative that we, the people, encourage and support those who are most competent and courageous, those most committed to the public good – meaning, aspirants who have demonstrated their capacity to meet the needs of the most disadvantaged in our society. In brief, the times call for people who are most prepared for the arduous task of governing for all in the midst of adversity, those whose moral compass is clear and whose integrity transparent and in full view of voters to discern.

September is not just another month nor the 21st just another date; it is a day of infamy; when dread descended on our land. But, it can also be a day of destiny – if and when our people can once again pledge that what took place nearly 50 years ago will never again recur. The choice is ours as we attempt to bridge memory and hope. – Rappler.com

Professor Ed Garcia is one of the framers of the 1987 Philippine Constitution; a co-founder of Lakasdiwa in 1970; and author of Servant Leader: Leni Robredo, 2020.