Facebook Twitter Copy URL
Copied
'Fielding candidates for top posts is a bold and daring move for Left groups. It has never been done before.'

We are also running as PLM partylist in Congress, with nominees coming from public sector unions, people’s organizations, women, and urban poor groups. We have a few local candidates contesting political clans and dynasties in areas such as Carmona, Cavite; Caloocan City; Zambales; and others.

Fielding candidates for top posts is a bold and daring move for Left groups. It has never been done before. The closest experience is the running of eight senatorial candidates by Partido ng Bayan (PnB) in 1987, shortly after the EDSA People’s Power Revolution in 1986. PnB’s failure to gain even a single seat created a political trauma for the Left. While it was due to a lot of factors, including the Left’s boycott of the 1986 election pitting Cory Aquino with the dictator Marcos, the Left saw it as an untimely, even adventurous exercise. The norm of Left electoral participation from thereon shifted to a strategy of supporting bourgeois allies, i.e., supporting “lesser evil” candidates who can institute reforms and establish a liberal dispensation that will allow Left groups and marginalized parties to exist and expand its ranks.

In this election, we are leaving behind the “lesser evil” v. “main evil” strategy. We are introducing a new strategy of running socialist or Left candidates for top national positions in order to highlight our differences – programmatically and tactically – with all trapo and elite candidates.

If we continue with the old strategy, we will be merely continuing the cycle of money-popularity-dynastic politics that has come to monopolize our elections. This cycle has taken its toll in the national psyche. The main criteria for intervening in national posts have been the capacity of the candidates to spend billions of money, their connections, and their name-recall or popularity among voters (which works for those with showbiz background or members of political dynasties). Comelec has been sorting out the “nuisance” candidates from the “serious ones” on their capacity to campaign (or having millions of money).

By running for top posts, we will be able to present our program and our differences with the trapo and elite candidates especially during televised debates. We want to reach out to a great number of people during the campaign, and in the process, create a critical mass that will mobilize in support of our candidates and our platform.

Why can’t we just concentrate on party-list participation? The party-list system is now hijacked by trapos and political dynasties. In a Supreme Court decision in 2021, the Atong Paglaum v. Comelec, the Supreme Court reversed its former ruling in 2001 that only those from the “marginalized and underrepresented sectors” could run in the partylist. The court ruled that the party-list representatives need not be from these sectors but that it was enough that they advocate common ideologies or principles “regardless of their economic status as citizens.”

Since the Supreme Court decision, more and more party-list representatives come from the trapo and dynasties. It has become a joke, for instance, to hear of Mikey Arroyo, son of former President Gloria Arroyo, elected as the representative of a partylist for security guards and tricycle drivers. A party-list seat is no more a protected seat for the economically and politically marginalized sectors.

We should learn from the lessons of Left electoral intervention in Latin America. In Bolivia, Evo Morales, a socialist campesino organizer and leader of the majority indigenous group, ran for president a number of times starting in 2002 and won in 2005. Ignacio Lula, a metal union leader and head of PT (Workers’ Party), ran for president three times before winning in 2002.

The Left intervened in the presidential elections early on. They may not have won the first few times, but the series of interventions led to successes mainly due to the deteriorating crises brought about by bourgeois and capitalist regimes. The masses learned from experience that they need to elect leaders who can put forward alternative platforms to that of the disastrous elite regimes.

The strategy of directly confronting trapo and elite candidates also includes building a number of coalitions and alliances or forming a genuine united front against the main trapo and elite candidates. The genuine opposition will be founded on a united front with the various sectors of the masses, and not with the trapos and the elites especially those who were enablers of the Duterte regime. 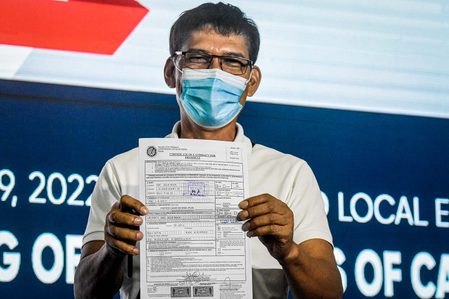 PLM’s united front is around a socialist-labor-green-progressive platform. It is building a fighting machinery around a set of platform demands that address the issues of the working people, the environmentalists, women, LGBTQ+, and other marginalized sectors.

The coalitions and alliances being formed by PLM can be summed up as a LEAD alliance: A labor-ecologist-and-democratic alliance. We are using the hashtag #TimetoLEAD to project this alliance. – Rappler.com

Sonny Melencio is a long-time activist in the Philippines and the chairperson of the Partido Lakas ng Masa (PLM). He is also the author of a semi-biographical book titled Full Quarter Storms: Memoirs and Writings on the Philippine Left.