Facebook Twitter Copy URL
Copied
More often than not, the listening public would easily conflate oligarchy with business in general. But is this correct?

Government leaders, namely President Duterte and his allies in the House of Representatives, have recently been the most vocal in the crusade against the oligarchy, to the extent of demonizing the whole business community, who for decades strives to keep the Philippine economy afloat despite the unstable political landscape.

Duterte, barely a few minutes into his 5th State of the Nation Address, said, “Great wealth enables economic elites and corporations to influence public policy to their advantage.” He then publicly accused Senator Franklin Drilon of defending the oligarchs, but in the same breath called out the senator’s attack on political dynasties that of course included the Duterte family.

More often than not, the listening public would easily conflate oligarchy with business in general. But is this correct? When people think of oligarchs, they think of businesses, profit, control over the market, and abuse. Images of oligarchs in the mind of the public include sinister old men, Spanish or Chinese mestizos in their neatly pressed bespoke suits, seated around a table made of hardwood in an air-conditioned conference room, in one of the skyscrapers in the business districts of Makati or BGC – probably laughing their way through a successful business venture, a settled dispute with the labor union, or an off-the-record statement by one of their executives about how they were able to secure a government clearance just by talking to the “right people.” They always win and they always get what they want.

These said, we ask, are all businesses being run by oligarchs? Definitely no.

Without going into a rigorous discussion on what precisely accounts for oligarchy, we attempt to distinguish an oligarch from a non-oligarch; from a business community. It may be said that oligarchs are people or groups of people, often families, who possess significant interest and influence over both the economic and political spheres.

If we are to venture an image, without referring to any particular oligarch, think of a family, owning multiple businesses across industries, perhaps telecommunications, agriculture, and real estate, having enough substantial market share to influence the price or supply levels. Contrary to businessmen and women with purely economic undertakings, it must be then coupled with holding several positions in government, whether in the executive or legislative, whether or not their offices are directly related to their line of business.

Economic dominance, on one hand, and political influence, on the other, are what forms a potential oligarch.

In defense of business in nation-building

In reality, we have a much smaller number of families in the country who are included in the class of oligarchs than people might think. Although there are quite a number of families competing in the market, only a handful of them choose to go beyond business and be involved with politics as well.

We assert that, contrary to the sweeping claims of the administration against the Lopezes, Ayalas, and Pangilinan, among others, they are legitimate businesses who contribute to nation-building.

In the case of the Ayalas, as owner of a Metro Manila water concessionaire, Manila Water, they took charge of the water distribution utility in the 1990s from the government-led failures of providing an accessible and safe water source for the public. They also lead the telecommunications and banking industry through Globe and BPI, respectively. If this is still not enough to prove their commitment to the betterment of Filipino lives, they established the APEC Schools in 2013 offering affordable and learner-centered education to thousands of students.

In the case of Pangilinan, he leads Maynilad, the counterpart water concessionaire of Manila Water in water distribution for eastern Metro Manila. The often criticized Meralco, PLDT, and Smart of the energy and telecommunications industries are also under his leadership. TV5, another stronghold of press freedom, is included as well. In fact, Pangilinan welcomed the distressed laid-off workers of ABS-CBN to his network. He is also the Chairman of Philippine Business for Social Progress, and is known to have vast philanthropic work through PLDT Smart Foundation, Alagang Kapatid Foundation, One Meralco Foundation, MVP Sports Foundation, and Makati Medical Center Foundation.

Pangilinan, together with the Ayalas, also leads the Philippine Disaster Resilience Foundation, the umbrella organization of the private sector for disaster preparedness, relief, and recovery, which focuses on 5 key sectors: (a) shelter, (b) livelihood, (c) education, (d) environment, and (e) water, infrastructure, sanitation, and health.

In the case of the Lopezes, while we admit that they may have had oligarchic roots, we then and now reiterate that they have already transformed into nation-builders undeserving of the vilification Congress gave them, which will be discussed in the second part of this series.

In the Crosshairs of History: The Lopez Family 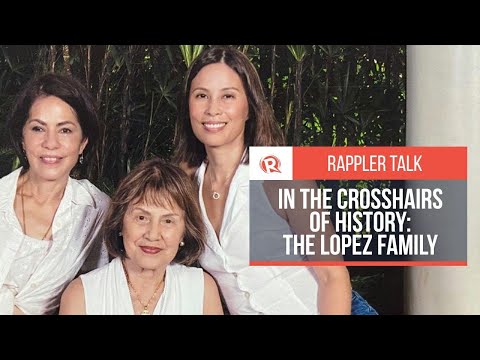 We have also acknowledged in another article the crucial role that the business community has generously contributed to the COVID-19 response, that can be characterized as carrying a heavier burden than what is expected from them. Ironically, Presidential Spokesperson Roque said “I do not know why ABS-CBN could not have done more like the Ayalas and MVP (Pangilinan) did. I guess that’s the difference,” pitting the businesses against each other. We all know that this is not true.

While we seem to defend the Philippine business community, this should not be seen as a blanket endorsement of all of their business practices such as those that clearly desecrate our environment and abuse our Filipino workers. However, we believe that if they indeed violated any regulation, the proper approach is not condemnation and outright closure, but engagement by challenging them to be better.

Businesses build communities, and likewise the nation. On the contrary, we can distinguish oligarchs from businesses because the former consider nation-building merely secondary to their interests. Instead, they like to dominate national and public benefit for their own gain.

From businesses who build, we now go to oligarchs who dominate.

We cannot blame the people for the animosity against oligarchs they now carry. Our history as a nation is replete with illustrations that formed the belief that a nation built and a government ruled and ran by oligarchs are what prevent its people from living a comfortable life. The cronies of Marcos are the best example of that. The national experience had concretized the belief that an oligarch must have no place in nation-building. Yes, we stand by this, but this must not be done to the detriment of the legitimate and sustainable businesses.

However, Duterte and his allies in Congress takes advantage, yet again, of this outcry and find a new public enemy: the business community. People, including the administration, often too conveniently put it upon themselves to point fingers at corporations and businesses, which for them are almost automatically labeled as oligarchs. This has to stop if we want businesses to thrive.

The question then for us to answer in the next part of the series is whether a transformation from an oligarch to a nation-builder is possible. The Lopezes may have an answer. – Rappler.com