Facebook Twitter Copy URL
Copied
'The issue would at least relate to her concerns at DepEd, which already runs a feeding program for schoolchildren'

Vice President Sara Duterte has asked for a budget over three times that given to her predecessor, Leni Robredo: P2.3 billion vs. P700 million. Citizens are asking why. What has happened in the last six years that justifies this increase in the budget — at a time when the country is coping with eroding financial resources, and the government is contemplating new taxes on a population already battered by two years of the pandemic? Legislators must also ask the question and practice the kind of critical thinking that they are demanding schools to teach students.

The increase might be eminently justifiable – if the public, for instance, determined that Sara’s predecessor had achieved so much good with the funds entrusted to her, that the office deserved to receive more budgetary support to expand the services that it had managed to provide. But it would be easier to make that decision if the additional funds would go to the same person already proven effective and trustworthy. Still, the law could specify that the higher budget should follow the programs and the systems that Robredo had established. But since the incumbent administration had campaigned on the claim that Robredo had done nothing much during her term, this line of reasoning is unlikely to prosper.

We do not really have, nor does the Constitution provide, specific goals and standards for the Office of the Vice President (OVP) and the measures against which to evaluate its performance – apart from the vice president being available as a spare tire, should the president, heaven forbid, become irremediably flat. The elected vice president, presumably in consultation with the president if they campaigned as a team, determines the agenda for the office. The vice presidency has no defined full-time responsibilities and, therefore, no variable budget. The lack of prescribed duties makes it possible to appoint the president to a cabinet position. 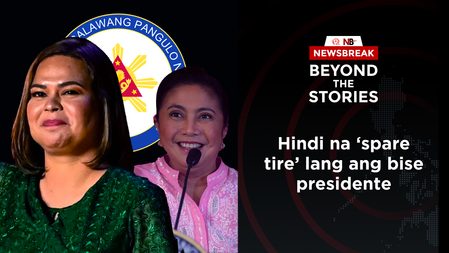 Vice President Sara accepted appointment as DepEd Secretary. The job is arguably the biggest in the bureaucracy, for which it traditionally receives the biggest budget. Sec. Sara will get for DepEd a budget of P848 billion. Meanwhile, Sara justifies the increase in the OVP budget for “good governance programs” she plans to implement. Is not the entire government accountable for “good governance?” Her office later gave examples of specific projects included in the program: libreng sakay (free rides); the Pagbabago (Change) campaign; food trucks; livelihood programs like Magnegosyo Ta Day (“Let’s do business, girl”) and Peace 911; medical assistance; and burial assistance.

Aside from Pagbabago, whose intent is unclear, the other items already fall within the scope of the mandate of other agencies. Granted, the vice president’s office receives requests from the public for these services. To expand these services, however, will require her to organize and deploy an expanded bureaucracy. At a time when the government is supposed to be “right-sizing,” is building another bureaucracy what Sara wants and what Congress will allow her to do?

We have become too aware by now how new programs under new leaders lead to inefficiencies, unhappy, angry citizens and, inevitably, allegations of corruption. Consider the DOH vaccine distribution with Pharmally, the DSWD distribution of UNIFAST benefits, the DepEd-PSDBM laptop procurement.  Sara has enough on her DepEd plate. DepEd problems are complex and require a lot of work; it is understandable that Sec. Sara is taking her time to develop her strategy to address them. Why would she want to distract herself with programs unrelated to what must be her primary mission? 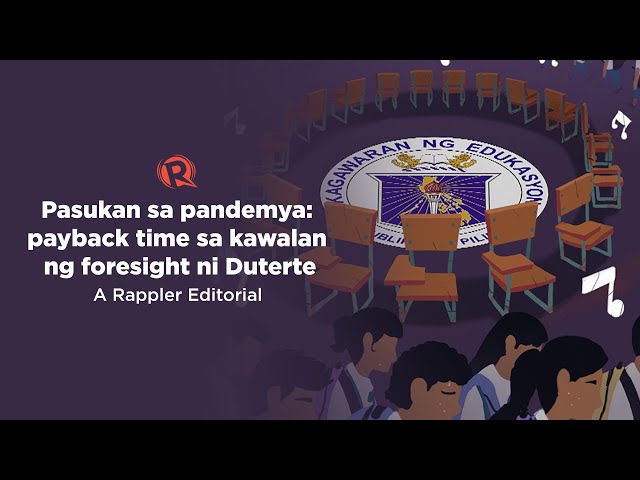 Meanwhile, 95 Filipino children die every day from malnutrition. Sharing information on the issue in a chat group, I got back from an expat Filipino a post headlined in bold print: “30% of school children are stunted and no one cares!” The blast was directed at the expats who seemed insufficiently outraged by the revelation of the problem. It was clearly also a more than back-handed slap at Filipinos back home.

What would be meaningful response to this denunciation? Can we even protest that we do care about the issue and have been raising it for decades? The fact that it is government that has the resources and the primary responsibility for addressing the issue is a feeble excuse. Bottom line: we knew about the problem; we have failed to put enough pressure on the government to resolve it. The problem persists and grows progressively more serious as it goes unattended.

What if Congress gave Sara the additional funds, on condition that it be used to address the malnutrition problem? The issue would at least relate to her concerns at DepEd, which already runs a feeding program for schoolchildren. If the inflow of funds makes it necessary, DepEd could coordinate with local government, church, business, and civil society groups already dealing with the issue, without having to expand its already massive bureaucracy.

Here is a natural, ready-made opportunity to practice what most everyone is preaching: promoting complementarity between the private and the public sectors on an issue whose importance no one would dispute. The promise of a demographic dividend from a young population depends on its readiness for the jobs of the 21st century. Stunting permanently limits the development of children’s mental faculties. The demographic dividend becomes an irremediable drag on the country’s progress.

Incidentally, Congress can also review the proposed budget for other offices, especially for new agencies, like NTF-ELCAC, that we had not needed before. What have they accomplished? What can NTF-ELCAC achieve with its P17-billion budget that would be more significant than arresting malnutrition, for which every little bit helps?

But for VP/Sec. Sara and Congress, what a marvelous opportunity to make in one move a critical contribution to nation-building.