Facebook Twitter Copy URL
Copied
'It’s about time that we call upon top government officials to take a pay cut. They are all overpaid!'

This is a short article aimed at critiquing the Philippine Department of Finance’s tax plan 2023-2025 (which intends to impose new taxes and postpone scheduled income tax reductions, among other things) and providing alternatives to such generally regressive and anti-people schemes.

The most despicable feature of DOF’s tax plan is their proposal to defer or postpone the Tax Reform for Acceleration and Inclusion Law (TRAIN Law)-mandated personal income tax reduction, which is supposed to kick in by next year (2023). This is the highest form of betrayal of public trust because the TRAIN Law’s backers – including the DOF and its cabal of mostly neoliberal bureaucrats – did promise to further reduce income tax rates to help gather public support for the TRAIN Law, which unfortunately “further burdened the poor majority of Filipino families” through additional consumption taxes that caused “the income of the poorest 60% of households to erode by between P2,500 to P6,800 during the first 10 months of 2018” (IBON Foundation, 2018), and thus “worsened poverty” and “inequality” (Punongbayan, 2019) in general.

Despite the TRAIN Law’s unjust removal of additional personal exemptions for taxpayers with dependents, and its generally regressive provisions such as a flat estate tax rate (6%) in contrast with the progressive rates ranging “from five (5) percent to twenty (20) percent” before TRAIN’s implementation, many citizens seemed to have quietly supported TRAIN as it offered lower income tax rates (especially for poor and middle class workers) and promised to further reduce tax rates by 2023. We quietly suffered from years of additional tax on consumption such as the much-hated excise taxes and VAT on petroleum products, in anticipation of some relief via income tax reduction come 2023. Hence, the DOF’s new tax plan is unacceptable as it will mean thousands of pesos of income loss for many citizens (see table below).

The DOF’s plan to repeal all VAT exemptions (except for the following items for which VAT exemption is to be retained: education, agriculture, health, the financial sector, and raw food). If their proposal is literally adopted, the following VAT-exempted items will be subjected to VAT: services rendered by individuals pursuant to an employer-employee relationship; sale of real properties not primarily held for sale to customers or held for lease in the ordinary course of trade or business or real property utilized for low-cost and socialized housing, residential lot valued at one million five hundred thousand pesos (P1,500,000) and below; house and lot, and other residential dwellings valued at two million five hundred thousand pesos (P2,500,000) and below; lease of a residential unit with a monthly rental not exceeding fifteen thousand pesos (P15,000); sale or lease of goods and services to senior citizens and persons with disability, as provided under Republic Act Nos. 9994 (Expanded Senior Citizens Act of 2010) and 10754 (An Act Expanding the Benefits and Privileges of Persons With Disability), except for medicines if the DOF includes it in the vague category of “health;” and association dues, membership fees, and other assessments and charges collected by homeowners associations and condominium corporations. 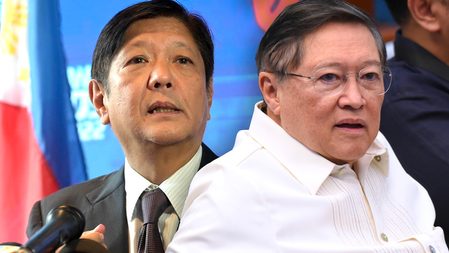 The removal of these VAT exemptions will disproportionately hit the poor and the middle class, while insulating the richest families in our society. Only poor and middle class families sell residential lots and residential dwellings with values below P2.5 million (because rich families own bigger landholdings and houses, with multimillion-peso values); lease a residential unit with a monthly rental of P15,000 and below (as rich families can either afford to buy their own homes or lease a more expensive apartment); or bother pinching every penny to save on anything covered by senior citizen or PWD discounts (the discount is too minimal for rich people to bother availing of). Eliminating the VAT exemption of senior citizens is especially vicious because, as per official figures, “9.1% of Filipinos aged 60 and over in 2018 lived below the unbelievably low poverty threshold of P71 a day” and thus, they would need every cent of savings to just survive. Even without looking at official statistics, eliminating VAT exemptions for PWDs is also unjust, as many of them certainly face long-term financial difficulties due to the obvious lack of ample and suitable employment opportunities.

It is unclear if the DOF plan will consider cooperatives as part of the “financial sector.” If cooperatives are excluded from the “financial sector,” the gross receipts from lending activities by credit or multi-purpose cooperatives duly registered with the Cooperative Development Authority could be slapped with VAT too. Retained exemptions for “education” and “health” are also vague at this point. Hence, considering that not all books and publications are literally education-related, the sale, importation, printing, or publication of books and any newspaper, magazine, review, or bulletin which appears at regular intervals with fixed prices or subscription and sale, and which is not devoted principally to the publication of paid advertisements, could also be taxed under the DOF scheme. Moreover, if “health” covers only medical, dental, hospital, and veterinary services except those rendered by professionals, the sale of drugs and medicines prescribed for diabetes, high cholesterol, and hypertension would have to be taxed too if the DOF’s plan is implemented.

Imposing an excise tax on motorcycles is also anti-poor as it “has been the most owned vehicle of Filipino households since 2014. The percentage of households that owned a motorcycle was higher in 2018 at 68.6% compared to 60.3% in 2014” according to the 2018 Consumer Finance Survey of the Bangko Sentral ng Pilipinas. Indeed, many working-class Filipinos buy motorcycles to work as delivery riders with “no benefits” and “small pay” (Sandoval, 2021) in a highly exploitative industry (Talamayan, 2022). Meanwhile, rather than motorcycles, middle class and rich families own cars as “car ownership is highly correlated with income. As of 2015, nearly 12% of middle-income families own at least one car…coverage of car ownership is much lower for the low income at less than 1%, but much higher for the high income at 62%” (Albert et al., 2018).

The DOF proposal to impose a 12% VAT on digital service providers – while fair (as similar service providers in the non-digital economy also pay VAT), could negatively affect the income of local, small-time entrepreneurs in popular online selling sites like Shopee, as additional taxes would mean higher prices in online platforms, which in turn may discourage consumers from buying stuff online.

There is no doubt that the country needs to save and/or collect more money to pay for Duterte’s pandemic-related debts and to finance social services such as education and health care. What then is to be done?

Rather than tax the masses and the middle class more, the incoming administration should first conduct a comprehensive audit of all pandemic-related debts and also “Build, Build, Build” debts. Every cent must be accounted for, overpricing of purchased goods must be flagged down, stolen money must be recovered. Moreover, we must not be afraid to repudiate loans linked to onerous and/or non-essential infrastructure projects of recent administrations. Ill-gotten wealth of dynasties and big estate tax liabilities must be collected immediately. The Bureau of Internal Revenue (BIR) should also run after companies that owe the government around P80 billion in uncollected taxes in the past decade. A 2017 media report on the BIR’s and Bureau of Customs’ (BOC) “revenue losses” pegged these at around P400 billion and P200 billion, respectively. Why impose new taxes if the collection agencies can’t even collect big pending tax liabilities? 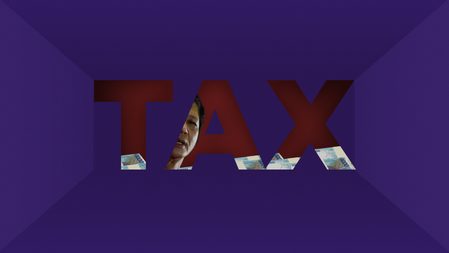 It’s about time that we call upon top government officials – from the President and the Vice President, to Cabinet secretaries and legislators – to take a pay cut. They are all overpaid! For example, the head of the DOF, who enthusiastically recommends the imposition of new and more taxes on us all, was paid a total of P4,645,723.20 from public funds (that’s almost P387,143 monthly), according to the 2020 Report on Salaries and Allowances. This is on top of what we the people paid him as BOD chair of the Landbank of the Philippines – P297,430.48 also in the same year. He’s not even the highest paid official. Possibly, the governor of the Bangko Sentral ng Pilipinas is the highest paid in the said report: P19,791,846.32 annual pay or more than P1.6 million monthly!

All these top officials should be shamed into accepting P240,000 as the maximum monthly salary. This amount is decent enough as it is twice the amount needed to fulfill the typical Filipino family’s aspirations for a simple, yet comfortable middle-class lifestyle, as noted in NEDA’s “AmBisyon Natin 2040” survey. Beyond the maximum monthly salary, our top officials should stop charging “extraordinary and miscellaneous expenses” that bloat their publicly-financed budgets with too little to show for. For example, data from the Commission on Audit (COA) shows that in 2020, our 24 senators spent a total of P267,247,786.86 for such ridiculous “expenses.”

On top of reducing the salaries of the top bureaucracy, the incoming administration should muster its political will to impose a wealth tax on the Philippines’ multibillionaires. According to the Makabayan Bloc, taxing just the 50 richest Filipinos “would provide the government over P236.7 billion.” You must be living under the rock if you think this proposal is too radical. It is now part of mainstream economics, as proven by notable French economist Thomas Piketty’s bestselling works that advocate for similar wealth tax schemes – from “Capital in the 21st Century” to “A Brief History of Equality.” His books provide a comprehensive and academic (though very handy) apologia of taxing the wealthiest as tried-and-tested means of making society a little bit less unequal and more prosperous for everyone. – Rappler.com

David Michael M. San Juan is a Full Professor at De La Salle University and an affiliate of the same university’s Southeast Asia Research Center and Hub (SEARCH). He’s also the convener of Professionals for a Progressive Economy (PPE) and served as a nominee of ACT Teachers Partylist in the 2022 elections.