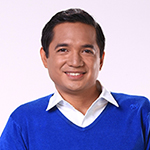 Every November 1, out come the buntings and loud music. The sidewalks outside and inside the cemetery become a street hawker’s paradise. Nowadays it’s not only flowers, candles, and street food. They also sell toys, clothes, shoes, bags and electronic gadgets.

Street sales are so lucrative that even the major fastfood outlets put up shop along the bangketa. With so many people flowing in and out the cemetery, it’s usually a riot.

But this year’s undas was different. It was unusually somber. There were significantly fewer people who trooped to the cemetery. My suki in the market said many vendors lost money due to the lower turnout.

I wonder, was it just the rain or was it because for the past year-and-a-half, our people had seen so much death courtesy of Rodrigo Duterte’s drug war, that remembering the dead on November 1 seemed superfluous?

The numbers have become fuzzy, owing to the PNP’s shifting definitions and reporting systems. The official body count, according to the government’s #realnumbersPH site, is 3,967 “drug personalities who died in anti-drug operations” from July 1, 2016 to October 25, 2017.

Earlier data from the PNP on Oplan Double Barrel, however, showed the following figures from July 1, 2016 to January 31, 2017 alone: 7,080 total killed, of which 2,555 were “suspected drug personalities killed in police operations,” 3,603 were “deaths under investigation (DUI)” and 922 were deaths with concluded investigations. Since then, the PNP has come up with confusing, sometimes contradictory, numbers on the killings.

Not surprisingly, the official figures via #realnumbersPH now ignore the numerous vigilante-style killings of suspected drug users and dealers, previously labelled DUIs, which human rights watchdogs estimate could reach more than 5,000 by this time.

Many of the extrajudicial killings (EJKs), whether in police or vigilante operations, are believed to be perpetrated by the police themselves, their death squads, or well-placed drug syndicates who have found a convenient cover to obliterate the competition. This is the reason why authorities ignore or refuse to properly investigate cases of EJKs.

With their killers often going scot-free and even praised and rewarded for the deed, victims of EJKs are doomed to seeking justice in the afterlife. 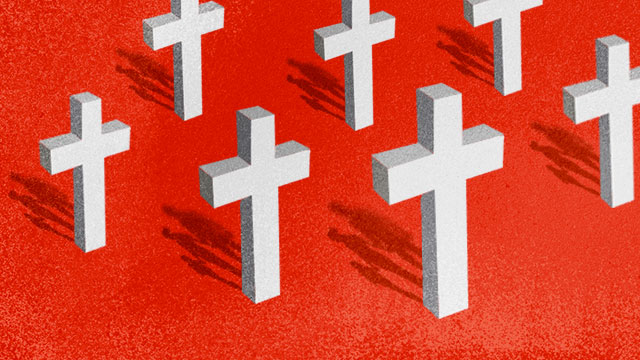 But it's the living families of the killed who also need remembering. Most of the EJK victims are breadwinners of extremely poor families. Their death leaves the family more impoverished, marginalized and desperate as ever.

The group Rise Up for Life and Rights (Rise Up), composed of families of EJK victims and church groups, has realized that the widows and children left behind need not just protection, spiritual guidance, moral support and legal services, but more importantly, livelihood assistance.

Given the stigma attached to the families of EJK victims and the continuous vilification they get when they demand justice, they are often left out of government-funded livelihood programs. Many have simply left their communities in the hope of starting a new life. Such dislocation creates a new set of problems.

And what of the children and young siblings of those killed? Under such dire circumstances of poverty, injustice and marginalization, they will most likely grow up angry, desperate, lacking in productive skills, and thus prone to a life of crime and anti-social activities. A vicious cycle it truly is.

As family members of EJK victims often say, "Para n'yo na rin kaming pinatay." (It's almost like you killed us.)

Supporters of the drug war justify the killings by citing the plight of the victims of drug-crazed rapists and mass murderers. In fact, it’s in their name that Duterte wants the drug addicts and pushers dead. I myself believe that serial rapists and killers deserve a fate worse than death.

But then we have to ask, how many of those killed in the drug war – whether 3,000 or 7,000 or 12,000 – were actually rapists or killers? I haven’t heard of any of the EJK victims being actually accused of such heinous crimes. And if ever, we will never know their innocence or guilt because they’re already dead.

In most cases, rape, murder and homicide are committed while under the influence of alcohol. Should we start killing alcoholics as well, including dealers and manufacturers of beer and hard drinks?

Are the victims and families of drug-related crimes happy about the widespread killing of people who may or may not be drug pushers or addicts? I doubt it.

The surveys show that people support the drug war but not the killings. I think they would rather see criminals arrested, properly investigated, publicly tried, sentenced, and punished as the law prescribes.

Getting used to death

This year’s All Saints' Day was gloomy not only in terms of the weather but in the context of Duterte’s de facto policy of EJKs. He might deny it, but up until last week, the President was telling his men to kill those sons of bitches. The only caveat was to not do it while the suspects are kneeling and begging for their lives.

If not for the rain, I’m sure the cemeteries would have been packed this year, with a few more thousand people visiting the graves of the EJK victims. And with the PNP poised to resume part III of its anti-drug campaign, we should brace for more killings and more families mourning the death of their loved ones, justice, and the rule of law. – Rappler.com