The Philippines has the second-highest power costs in Asia, even as its economy is dwarfed by China, Japan, South Korea, Singapore, Taiwan, and many of its other neighbors. Despite this disproportionate cost of electricity, the service provided by the energy sector remains a disgrace – and consumers bear the brunt of this sorry state of affairs.

Along with trips to the beach, power shortages, which sometimes lead to blackouts, are part of the summer tradition in this country. Every year except for 2020, when the pandemic shut down factories, malls, and most of the other large energy consumers, people turn on their fans and air conditioners, coal-fired power plants fail, and power reserves run dangerously low.

[OPINION] Brownout PTSD: The trauma of being Filipino 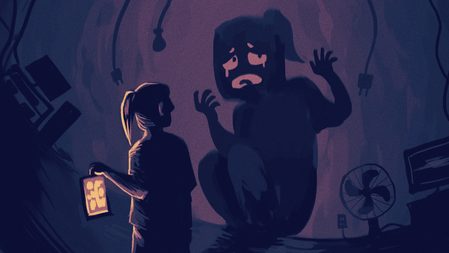 It is no longer funny, especially if we consider that by causing our power reserves to thin out due to lack of foresight, power companies and regulatory bodies deprive consumers of electricity at a time when they need it the most – for online classes and work, for coping with the summer heat, and, during this pandemic, for the proper storage of vaccines. Add to this the fact that electricity prices especially in Meralco franchise areas have been rising for three consecutive months this June, reportedly because of tight power supply in the grid, and the mismatch between the high rates paid for and low quality of service received becomes more apparent.

While the comment of Senator Manny Pacquiao that Energy Secretary Al Cusi should focus on the energy sector instead of party politics in PDP-Laban is spot on, his intentions are clouded by the very public spat they have over control of the party. We welcome the fact that a dialogue was opened by the Committees on Energy of both the House of Representatives and Senate to tackle this matter, but we are disappointed that consumers were unable to comment as generation companies, distribution utilities, and regulatory agencies all played the blame game. It remains unclear what measures will be pursued to hold accountable those responsible for the recent rotating blackouts and ensure long-term solutions to prevent similar instances from being repeated. We in the Power for People Coalition, a broad network of consumers and advocacy groups promoting affordable, reliable, and sustainable energy for all Filipinos, are fed up with the annual zarzuela played by government agencies and players in the energy sector as Filipinos roast in the summer heat. Filipino consumers were overcharged and have yet to see justice, but they see generation companies and distribution utilities like Meralco evade serious consequences for failing to fulfill their contractual obligations to the government and to consumers – to ensure the light turns on when the switch is flicked.

These companies and the government have a duty to consumers beyond sending a bill every month: consumers deserve fair rates and sufficient, reliable, and sustainable power. Unfortunately, there is something wrong with our very system, and we cannot be again given band-aid solutions which do not address these issues.

Only after these measures are taken can the Philippines finally abolish its most hated annual summer tradition of rotating blackouts. Consumers paid when they were told to pay. It’s now the energy companies and authorities’ turn. – Rappler.com

Gerry Arances is a long-term advocate for consumers’ rights and sustainable energy. He is currently the executive director of the think-do organization Center for Energy, Ecology, and Development, and is a convenor of the Power for People Coalition.