Since the start of the COVID-19 pandemic, we’ve heard a lot about global solidarity. Unfortunately, words by themselves will not end the pandemic – or curb the impact of the climate crisis. Now is the moment to show what solidarity means in practice. As G20 Finance Ministers meet in Venice, they face three crucial solidarity tests: on vaccines, on extending an economic lifeline to the developing world, and on climate.

First, vaccines. A global vaccination gap threatens us all. While COVID-19 circulates among unvaccinated people, it continues to mutate into variants that could be more transmissible, more deadly, or both. We are in a race between vaccines and variants; if the variants win, the pandemic could kill millions more people and delay a global recovery for years.

But while 70% of people in some developed countries are vaccinated, that figure stands at less than 1% for low-income countries. Solidarity means delivering on access to vaccines for everyone – fast.

Pledges of doses and funds are welcome. But let’s get real. We need not one billion, but at least 11 billion doses to vaccinate 70% of the world and end this pandemic. Donations and good intentions will not get us there. This calls for the greatest global public health effort in history. The G20, backed by major producing countries and international financial institutions, must put in place a global vaccination plan to reach everybody, everywhere, sooner rather than later.

The second test of solidarity is extending an economic lifeline to countries teetering on the verge of debt default.

Rich countries have poured the equivalent of 28% of their GDP into weathering the COVID-19 crisis. In middle-income countries, this figure drops to 6.5%; in least developed countries, to less than 2%.

Many developing countries now face crippling debt service costs, at a time when their domestic budgets are stretched and their ability to raise taxes is reduced.

The pandemic is set to increase the number of extremely poor people by some 120 million around the world; more than three-quarters of these “new poor” are in middle-income countries.

These countries need a helping hand to avoid financial catastrophe, and to invest in a strong recovery. 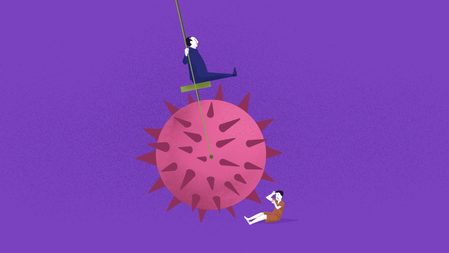 The International Monetary Fund has stepped in to allocate $650 billion in Special Drawing Rights – the best way to increase the funds available to cash-strapped economies. Richer countries should channel their unused shares of these funds to low and middle-income countries. That is a meaningful measure of solidarity.

I welcome steps the G20 has already taken, including the Debt Service Suspension Initiative and Common Framework for Debt Treatment. But they are not sufficient. Debt relief must be extended to all middle-income countries that need it. And private lenders must also be brought into the equation.

The third test of solidarity concerns climate change. Most major economies have pledged to cut their emissions to net zero by mid-century, in line with the 1.5 degree target of the Paris Agreement. If COP26 in Glasgow is to be a turning point, we need the same promise from all G20 countries, and from the developing world.

But developing countries need reassurance that their ambition will be met with financial and technical support, including $100 billion in annual climate finance that was promised to them by developed countries over a decade ago. This is entirely reasonable. From the Caribbean to the Pacific, developing economies have been landed with enormous infrastructure bills because of a century of greenhouse gas emissions they had no part in. Solidarity begins with delivering on the $100 billion. It should extend to allocating 50% of all climate finance to adaptation, including resilient housing, elevated roads, and efficient early warning systems that can withstand storms, droughts, and other extreme weather events.

All countries have suffered during the pandemic. But nationalist approaches to global public goods like vaccines, sustainability, and climate action are a road to ruin.

Instead, the G20 can set us on the road to recovery. The next six months will show whether global solidarity extends beyond words to meaningful action. By meeting these three critical tests with political will and principled leadership, G20 leaders can end the pandemic, strengthen the foundations of the global economy, and prevent climate catastrophe. – Rappler.com

Antonio Guterres is Secretary-General of the United Nations.

G20 members condemn Russia’s war in Ukraine, after Yellen and others stage walkout

Defiant Putin gets Chinese backing to stay in G20