Facebook Twitter Copy URL
Copied
'[A]s a lifetime advocate of environmental protection and the preservation of green spaces in cities, I could not see any possibility of such advocacies being incompatible with public health'

While the vaccination roll-out in the country has been going at a slow pace, since the country first started inoculating health workers in March of this year, updates on the arrival of the other vaccines have been a source of hope for Filipinos, whose lives have been largely put on hold since the first case of the pandemic was reported in the country. With more than 1 million reported total cases, around 60,000 of which are considered active, and almost 19,000 deaths, it is imperative that the Philippines increases its efforts to vaccinate its citizens.

That is why I could not understand at first what the controversy over building a mega-vaccination site in Nayong Pilipino was all about. After all, as a lifetime advocate of environmental protection and the preservation of green spaces in cities, I could not see any possibility of such advocacies being incompatible with public health. In fact, one of the biggest arguments for strictly implementing our environmental laws and making sure everyone – individuals, families, the private sector, and government agencies themselves – comply with such rules is that a well-preserved and clean environment is a precondition for citizens’ good health and a superior quality of life.

Why Isberto must be supported

That is the point of Lucille Karen Malilong-Isberto when she resigned from her position as Executive Director of the Nayong Pilipino Foundation (NPF). She was my student in the College of Law of the University of the Philippines. She is one of the brightest of her generation of lawyers, first working for one of the country’s top law firms before making a career change to work full-time for her passion for heritage and environmental protection. I guided her as she made that switch and saw personally how committed she was to this cause. I know she accepted the NPF post because of this.

A few years ago, Isberto also worked as my deputy on an anti-corruption project at the Ateneo School of Government. Her competence and judgement was impeccable; certainly her integrity could never be questioned. Indeed, her actions and statement on this controversy is consistent with what I know about this woman. Certainly, she is not saying that public health should be sacrificed for a few hundred trees. She is simply asserting that our laws are required for decisions like this. As I always say to my ethics, political science, seminary, law, and governance students – always do the right thing and do them the right way.

Last May 6, Isberto issued a press release to say that NPF supported the government’s response to the public health emergency brought about by COVID-19. NPF in fact is currently participating in the COVID response effort by hosting a quarantine facility on its property, operated by the Armed Forces of the Philippines (AFP). The statement also affirmed that it approved the use of the property as a vaccination facility, but that NPF is currently coordinating with the Department of Health (DOH) and the AFP to ensure that the building of a “smaller vaccination facility in the middle of a surge does not pose risks to patients and staff operating in the quarantine facility.”

The press release also provided that NPF wished to comply with environmental laws. It wrote, “The NPF property is not a vacant lot but has a thriving urban forest that hosts a variety of urban wildlife and is the last remaining grassland in the reclaimed area of Parañaque.” The press release also included a reminder that the construction of a “mega-vaccination facility that will destroy this ecosystem would be a disaster and a disservice to the residents of Metro Manila who need more green and open spaces.”

In response, vaccine czar Carlito Galvez Jr. said that time is of the essence with regard to the construction of the center, and that it will “help accelerate the implementation of the National Vaccination Program” because it has the capacity to accommodate 10,000 individuals daily. Presidential spokesperson Harry Roque backed this statement by saying that the Nayong Pilpino, which is a GOCC attached to the Department of Tourism, is under the supervision of the President, and that the construction of the facility is a function of the President’s police power. 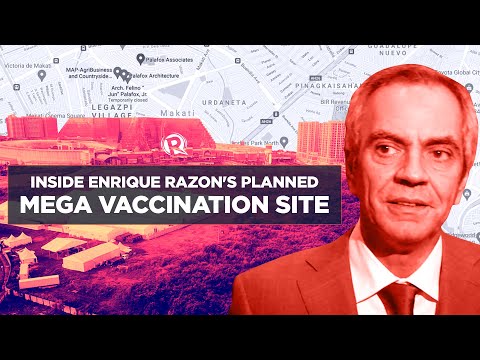 While it is commendable that the government is trying to figure out logistics for mass vaccinations, it can do so in ways that will be sustainable in the long run.

For instance, there are many other areas which can be utilized right now that will not only meet the target size of 10,000 individuals inoculated per day but are already compliant with ventilation requirements. Schools, for instance, which are currently not being used because of the transition to distance learning, may be utilized. Some people have also brought up potentially using more drive-thru vaccination centers or even open-air sports venues, which, because of the nature of both, can amp up vaccinations while ensuring compliance with minimum health standards.

The argument that Metro Manila needs more green and open spaces is also meritorious; the dearth of these spaces has been extra noticeable since the start of the pandemic, since people have been looking for ways to keep healthy (both physically and mentally) without being cooped up at home, and with the daily reports of scorching heat. If anything, the pandemic taught us the importance of green, open spaces, especially for those of us who live in the grey and concrete cities of Manila. The fight against COVID-19 should be holistic – it should ensure the public welfare of Filipinos, balance it with the economic priorities of the government, and secure the health of all, including that of our ecosystems.

I would also echo the statement of several civil society organizations, who have raised the concern that the proposed mega-vaccination center in Nayong Filipino will have the unfortunate result of deepening vaccine inequality. According to the groups: “It will marginalize people and groups who have limited access and mobility options to reach the centralized site. It would concentrate the vaccines and vaccine administration to one company that controls one site that would need to be accessed by hundreds of thousands of people.”

The group also decries the narrative that has been offered, which is a false choice pitting people’s health against nature: “The question decision-makers need to be asking is not whether we should build the mega-vaccine center and cut the trees. The question is whether this is the kind of facility the country needs to make the vaccine accessible to more people.”

This is gaslighting at its worst. Welcome assurances by Puyat and Razon

I am happy that Secretary Bernadette Romulo Puyat, an official I admire and look up to for her efforts to ensure sustainable tourism in the country, has categorically said no trees will be cut in building the vaccination site.

I have also taken note of the similar statement released by Mr. Enrique Razon Jr.

For the record, I am very grateful to the International Container Terminal Services Incorporated (ICTSI) Foundation leadership and their initiative to bring vaccines to the country and facilitate getting them into the arms of thousands of citizens.

I also welcome the involvement of my good friend Architect Felino Palafox Jr. in the project. I worked with Jun when he designed the SWS Building in Quezon City and has followed his architectural firm’s work in many parts of the country. If anyone can design a world-class facility that is both functional and sustainable, that would be Jun.

In any case, as the Nayong Pilipino area has been well-documented and we have lots of images of the area before they build the site, it should be easy to verify whether the ipil-ipil trees have been cut and whether we have been gaslighted by officials and the individuals we trust. – Rappler.com

Tony La Viña is Executive Director of the Manila Observatory. He also teaches law and is former dean of the Ateneo School of Government.